The westernised, PG-13 retelling of Battle Royale the world has been waiting for, The Hunger Games is the next logical step for teen action franchises in a post-Twilight age: building on the pan-gender fanbase built by Stephenie Meyer, this violent future shocker improves on its sparkly predecessor by, y'know, actually being watchable.

Hugely cinematic from the outset, Gary Ross' adaptation of Suzanne Collins' novel wastes little time getting to the main event: a televised, weaponised fight to the death, in which teenagers from all across the former United States (it's post apocalypse, duh) are forced to kill or be killed. The carnage is understated for the most part (it's a 12A in the UK, meaning there's precious little blood and even less bloodlust) but the mechanics of the Games themselves are fully explored to compensate, including sponsorship, costumes and tutors, with Elizabeth Banks and Woody Harrelson the future equivalent of the Gamesmakers (if they were dressed by Ke$ha's stylist).

Jennifer Lawrence handles the headache of the franchise admirably, trumping Kristen Stewart's wet noodle Bella not least by having a personality, but by playing a strong, independent female lead character who never shames her gender with her submissive antics. Give us a chick who's handy with a bow and arrow any day of the week. Ali

Defining moment: The incredibly brutal opening seconds of The Hunger Games, ratcheted right down to sub-Snyder slow-motion with the sound turned right down – all the better for you to enjoy the death and destruction. Yeah. Screw you, young people. 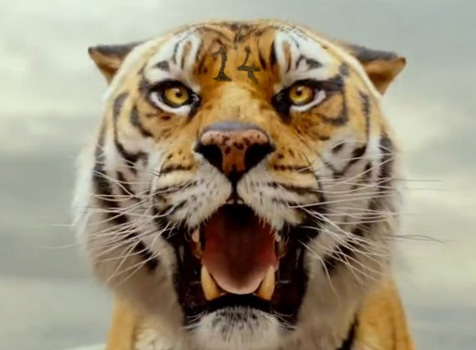 Following cinema's fine tradition of laughing in the face of supposedly unfilmable novels, Ang Lee brings us this visually impeccable movie - which is so beautiful it would make Lucifer himself drop to his thorny knees and weep at the sheer majesty of Mother Nature.

As you might expect from the incredibly pompous trailers (complete with Coldplay's terribly 'awards-appropriate' Paradise playing over the top), Life Of Pi has heart, wonder, courage and lots of other Oscar buzzwords. In acting novice Suraj Sharma, however, the film is also surprisingly human and down-to-earth. Sure, it's a humbling tale of survival against all odds, but this first-time star - astonishingly shouldering almost the entire movie on his lonesome - brings as much comedy as tragedy to the fold, making his Pi a thoroughly relatable protagonist.

But then it's Ang Lee's expert manipulation of pixels and landscapes that gives the film real bragging rights. Not only is Pi's sole tiger companion rendered flawlessly in computer animation, but a sumptuous buffet of well-realised wildlife and mouth-wateringly glorious shots of coloured skies reflected on open seas are all blended together to make a delicious CGI soup for the eyes. And now I'm hungry.

Between the wonderfully crafted special effects and the astounding magnificence of watching the film in three jaw-dropping dimensions, there's no doubt that this film is full of remarkable technical accomplishments. And yet, Ang Lee's best trick in the film is to make you feel swept away on a fantastical journey, rather than just let you gawp distractedly at a lifelike big cat. Matt

Defining moment: The ferocious storm scene that leaves Pi stranded at sea. Filling every inch of screen with the chaos of violently crashing waves and a freighter being torn apart, Ang Lee shows us the devastating power of nature before he shows us its beauty. 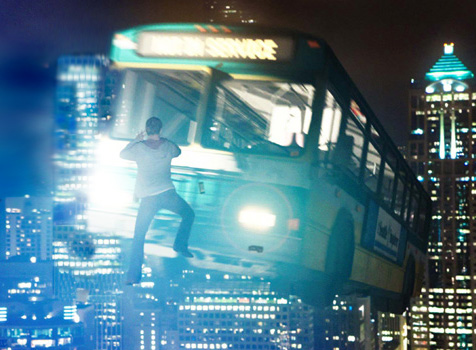 As 2012 comes to an end, many will be claiming it to be the latest Year Of The Superhero Film (previous title-holders include 2011, 2010, 2009 and 1978), but with all eyes on the competing Marvel and DC blockbusters, this is one superpowered movie that is sure to be overlooked. Found-footage, low-budget, cast of unknowns... these are all things that you wouldn’t usually associate with the now tried and tested comic-book formula, and yet they all contribute to making Chronicle a film that stands out as an inventive, original take on a much-loved genre.

Well, that and the ingenious script by Max Landis, which cleverly places more importance on the bonds of friendship than on the mysterious underground thingamajig that bestows strange abilities upon social weirdo Andrew and his new buddies. And as their powers grow stronger and cracks start to appear in their camaraderie, you realise that this film really is telling an untold story: these are the origins of a supervillain.

With an outstanding central performance by Dane DeHaan and extremely impressive budget-conscious VFX, Chronicle is the most surprisingly accomplished fantasy film of the year, despite its indie trappings. It is a fascinating and extraordinarily well-presented tale with a dark and twisted moral: if power corrupts, superpowers corrupt superbly. Matt

Defining moment: Revelling in their newfound telekinetic abilities, Andrew takes things too far by making a rude driver veer off the road and crash... just because he can. 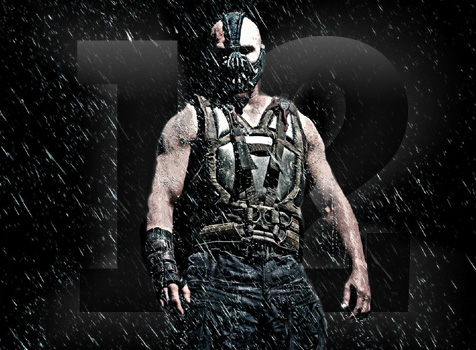 Forget the nitpicking – silly voices, complicated terrorist plots and improbable globe-trotting aside, this is a masterful triumph. Those hoping for another The Dark Knight were rightfully disappointed because there was never any need to show more of the same. Instead, we get an epic conclusion; a fitting finale to a story that seemed without end, coming full circle on the themes and circumstances from which this Batman originated (first, fear was used as a weapon; now, it's necessary for survival).

For the second time in his own trilogy, the caped crusader takes a back seat to more interesting secondary characters. And whatever misgivings you may have about Bane's improbable vocal chords, there's no mistaking that he is a truly formidable opponent. Having previously used his wits to navigate through Joker's many moral quandaries, it makes sense for Batman to be put to the test physically here and Tom Hardy’s incredibly intimidating presence makes you believe that the Dark Knight really could be battered to death. Of course, balancing out the brutality and foreboding with a sense of style and humour is Anne Hathaway's brilliant Catwoman. Sharp, deceptive and – yes – sexy, she provides everything that is missing from the bulky blokes' trading of blows.

Those that baulk at the thought of Bruce Wayne taking eight years off from his duties miss the point – this is and has always been Nolan's version of Batman, and he doesn't need your approval. Don't worry, we'll no doubt see Batman kapow around with Robin in a reboot very soon, but for now, Nolan has given us what will probably be the greatest story of this character that will ever be told. And, with this film, he has given something that has never been seen before: an actual ending to the superhero story, rather than just a series of diminishing sequels. Matt

Defining moment: That ending. After a long, tragic battle to save Gotham, the final minutes offer an uplifting, triumphant note, complete with a nod to fans and a sense that, as one ends, another Batman begins... 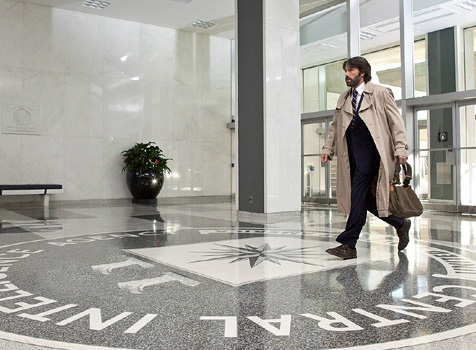 How many great films does Baffles need to make before we stop referring this part of his career as a 'resurgence'? "Isn't it great that Ben Affleck took some time out after the failure of Gigli and Jersey Girl and then came back with some newfound ability to direct...?" and so forth. Well, with Argo, not only is he now three for three with well-crafted, tense thrillers, but he may have produced his best yet. As much an indictment of Hollywood as a nostalgic trip down 'gripping real-life events' lane, Argo basically tells us that we need to all just cop to the fact that we vastly underestimated the former half of Bennifer and move on. Oh, you already have? Just me then.

'Well-crafted' is the key hyphenated word here because, with a fantastical fake movie set-up, it would have been easy to pad this story out with playful insights about the movie-making world of LA. Instead, with this true story about six fugitive Americans in need of an escape plan from revolutionary Iran, Affleck serves up a taut but drawn-out tale of international relations with a side dish of 'truth can be stranger than fiction'.

Reeling in a superb supporting cast including John Goodman, Alan Arkin and Bryan Cranston, Argo skips along at a watchable pace until it gets to small, nerve-wracking moments that are wrung for every drop of tension. All in all, Ben Affleck is turning into quite the director to watch. Oh, you already have been. Matt

Defining moment: All their hard work and cover story preparation boils down to this: an agonising security check with an unconvinced airport guard. So tense, it will have you biting your fingernails down to the wrist.

Click here for the full review
More:  Top10  Top 20 Movies
Follow us on Twitter @The_Shiznit for more fun features, film reviews and occasional commentary on what the best type of crisps are.
We are using Patreon to cover our hosting fees. So please consider chucking a few digital pennies our way by clicking on this link. Thanks!
« Previous Page
Next Page »