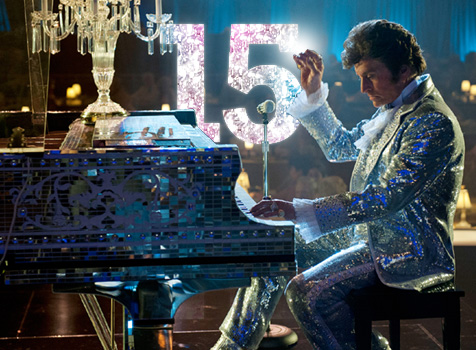 The gleefully nuts story of Liberace was just begging to be told. This is a man who successfully encouraged his young boyfriend to undergo plastic surgery to look more like him. I mean, obviously, we've all thought that'd be kind of fun, but none of us has ever gone through with it. Released on HBO in the States after the studios, according to Steven Soderbergh, considered it "too gay" for cinema audiences, Behind The Candelabra nonetheless found willing theatrical distribution elsewhere in the world.

There is, I think, too much talk of "bravery" when it comes to high-profile straight actors playing gay roles, as if they risk a cock-sullied future without the possibility of believable action-heroism. And there is still a barrier to be overcome that seems to preclude these roles going to gay actors in the first place. Maybe that really would be "too gay" for audiences. But still, you have to admire the gusto with which Michael Douglas and Matt Damon threw themselves into this. And each other. Moreover, each of them transcended the simple characterisation of "gayness", and invested these men with a tragic amour fou. Ed

Defining moment: Oh, so many to choose from. Who can forget the bit where... no, actually, the best bit was where they... um... yeah, just the bumming, really. 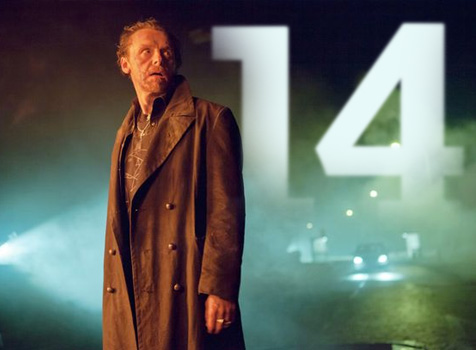 Comin' atcha like a slightly emo Cleopatra, Edgar Wright and Simon Pegg's finale to The Cornetto Trilogy is an epic combination of action and mythology set against a fantasy sci-fi backdrop. Throwing practically everything into the mix, The World's End is precisely the conclusion you would hope to see from a duo whose influences - and influence - span the length and breadth of pop culture. Also there are robots.

But all this make-believe doesn't mean Wright & Pegg have forgotten what makes their partnership so special. The heart of The World's End is a tale of misplaced friendship amongst old friends, and as events take a turn for the sublime and loyalties are tested, we discover who amongst the bedraggled group has retained a shred of humanity. Luke

Defining moment: A bone-crunching, neck-snapping, body-popping fight in a pub toilet of all places. Who knew Nick Frost could kick so much arse? 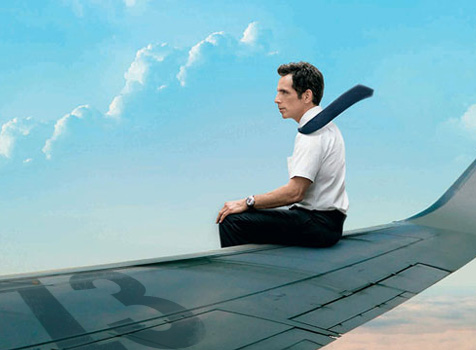 13. The Secret Life Of Walter Mitty

Like stupid comedy? Like triumphant, life-affirming drama? Like CGI-enhanced action sequences? Like inspiring underdog stories? Like... okay, I'll stop now. The point is that this film has something for everyone and it has it all in such equal measure that it's hard not to enjoy the overall result. Those who want a What Dreams May Come style epic drama won’t leave disappointed. Those that absolutely loathe that movie and are hoping that Stiller will deliver silly antics instead will leave satisfied too.

The movie is a juggling act, keeping all of its elements well balanced to give a story that is just as funny as it is uplifting, just as moving as it is ridiculous and just as personal as it is extravagant. But yes, the best moments are the parts where Stiller does stupid things for laughs. Matt

Defining moment: He may have already taken his first steps onto a globe-trotting adventure, but it's a musical fantasy sequence involving Kristen Wiig's love interest Cheryl singing and playing Space Oddity directly to a hesitant Walter Mitty that serves as the film's game-changing scene. It serves as the rousing motivation needed for him to take a literal giant leap in the right direction... on to a moving helicopter. 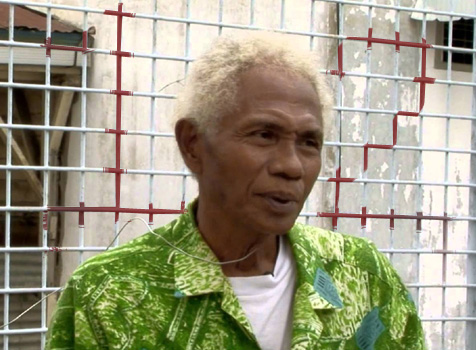 Pampered, quinoa-quaffing Guardianistas to a man, we had to stick a documentary in here or we couldn't have looked ourselves in our distressed-pine mirrors again. And look how worthy: an examination of horrific civil war crimes in Indonesia. Are you satisfied, CAMERON? Or, you know, whoever.

While I don't think The Act Of Killing is the best-made documentary of 2013, it is the film to produce the most visceral reaction in me. As Joshua Oppenheimer moves among the death squad leaders of North Sumatra, asking them to re-enact some of the hundreds of anti-communist murders they committed in the 1960s, their obvious cine-literate passion for the project at first frustrates you, because they're missing the point. They're still celebrated - or perhaps just feared - as local heroes, and contrition seems a long way off. But before long they begin to appreciate the gravity and scale of what they did, and maybe as film fans, this was the only way to communicate it to them.

Pointing a camera at these guys just to disgust the viewer is easy, because they're disgusting people. But when the making of a documentary can actually influence its subject, then a camera becomes far more than just a recording device. Ed

Defining moment: Fat, childlike gangster Herman Koto makes one of several appearances in grotesque drag playing a woman murdered by Anwar Congo, who slaps his belly and asks whether he's carrying a communist baby in there. I could barely finish my mung bean salad. 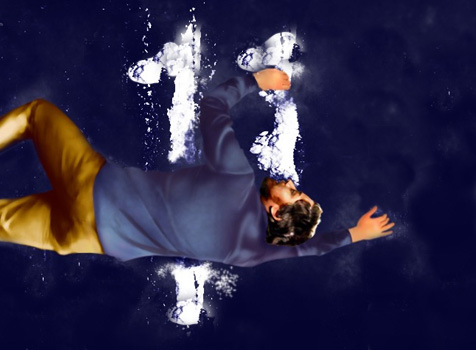 If anything this year warranted the 3D treatment, it was Filth; James McAvoy's gurning mush straining out of the screen, blood and spit flying out into the audience, would have pushed the film over the precipice on which it spends its entire running time.

Macca explodes his own reputation as a charming, measured actor with a criminally insane performance which the film barely contains, and it's a pleasure to watch him being such an unbearable cunt. Director Jon S Baird miraculously keeps everything on the rails, and the title of 2013's Best British Film is Filth's for the stealing. Neil

Defining moment: The big reveal. And not the bit with the photocopier.

More:  Top 20 Movies
Follow us on Twitter @The_Shiznit for more fun features, film reviews and occasional commentary on what the best type of crisps are.
We are using Patreon to cover our hosting fees. So please consider chucking a few digital pennies our way by clicking on this link. Thanks!
« Previous Page
Next Page »