Here it is, the culmination of an entire year of sitting in front of a screen to watch movies and then sitting in front of a smaller screen to then write about those movies. These 10 scenes are the best that 2014 had to offer, although obviously that's just my opinion, but even more obviously it's my blog, so if you don't like it you can go and read WhatCulture or something you philistine. 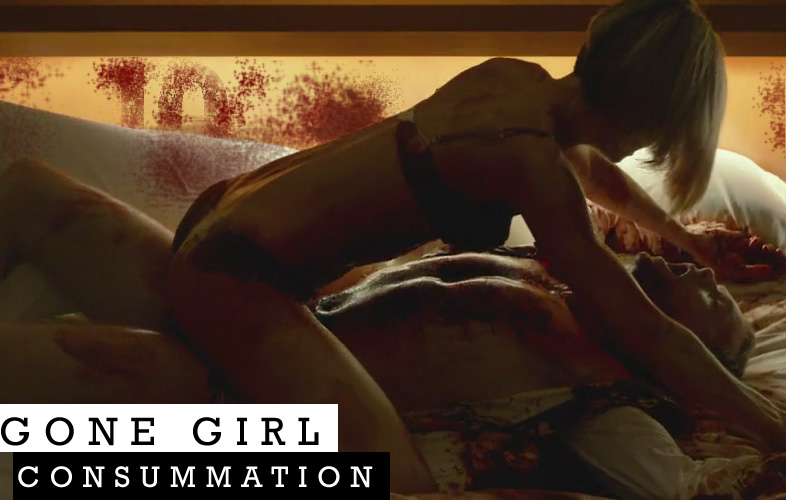 There is little that draws audience gasps more effectively than the sudden appearance of blood. Black, sticky blood, shocked to see daylight for the first time, making a break for the floor. The surprise on the face of the bleeder. Acting in concert with a quick, unexpected burst of violence is where it does its best work, ebbing from Dickie Greenleaf's head after Tom Ripley belted him with an oar, or unfolding from the collapsed throat of Desi Collings in Gone Girl after a sneak attack from Amy Dunne's knife.

It drew gasps in the auditorium around me, partly because of its context - the audience had paid to see a film with shocks and were enjoying reacting stagily as part of the experience - and partly because it was Neil Patrick Harris, and they were watching The Death of Doogie Howser.

But mainly because this is what David Fincher is expert at delivering. Everything feels strip-lit and sparse in his signature visual style, achieved alongside regular cinematographer Jeff Cronenweth. But you know from experience that what you're seeing isn't the banal; there's panic hidden just below the surface, pooling and livid, waiting for the quick slash of a blade so it can ooze out and stain the sheets. Ed

There's no video, but perhaps sir would like to be freaked out by the soundtrack? 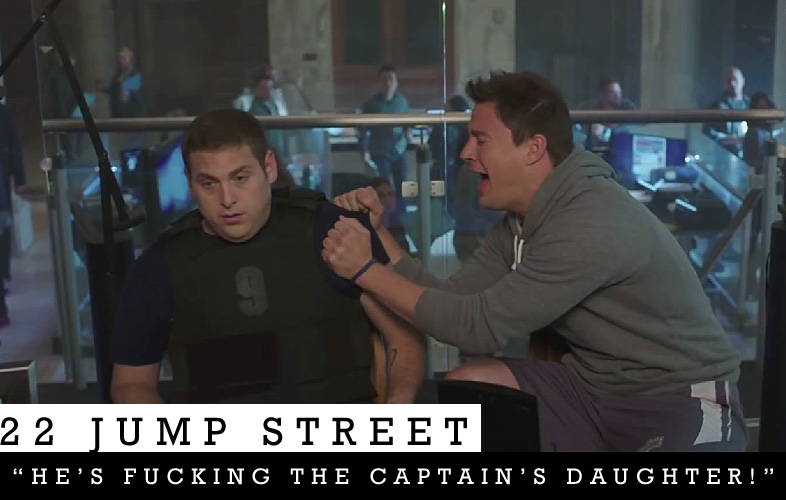 It's telling that throughout the whole sordid trash-dive through Sony's private email data leak, only Channing Tatum came out with his integrity intact. One email from Tatum to Sony Pictures Chairman Amy Pascal, written after 22 Jump Street's spectacular opening weekend, clearly captured his mood and his character: "F YOU TED !!!! SECOND OF ALLLL TIMMMMME BEEEOTCH!!!! COME ON JUMPSTREETERS WE GOT CATE BLANCHETT WIT DIS BOX OFFICE BITCHES!!!!!!!!" He then went on to write "AHAHAHA" around 5,000 times.

It's a rare pleasure to see someone enjoy their work so much, and it's clear from 22 Jump Street that Tatum - along with co-star Jonah Hill - is having a blast at this stage in his career. It's none more evident in the scene where his undercover cop Jenko discovers that the girl his partner slept with at college was, in fact, the daughter of their stereotypical 'angry black police chief', played angrily and blackly by Ice Cube. Other movies might dedicate a comedic beat to the revelation - a smirk, perhaps, or a poke in the ribs. Tatum chooses the nuclear option.

Once the penny drops with an audible 'ping', Tatum EXPLODES out of his chair: "OH SHIT!" It's the combination of his incredulity ("No! NO!") and the gusto with which he throws into his celebration that sells the scene, which takes him around the entire precinct, high-fiving his co-workers, singing with glee ("Schmidt fucked the capt-ain's daaa-ughter!") and literally dancing with joy. "This is the best thing EVER!" he guffaws, his beaming face spread against the window. Agreed: it's a delight to discover that Tatum is genuinely hilarious, whether he's in the room, in character or online. AHAHAHA indeed. Ali 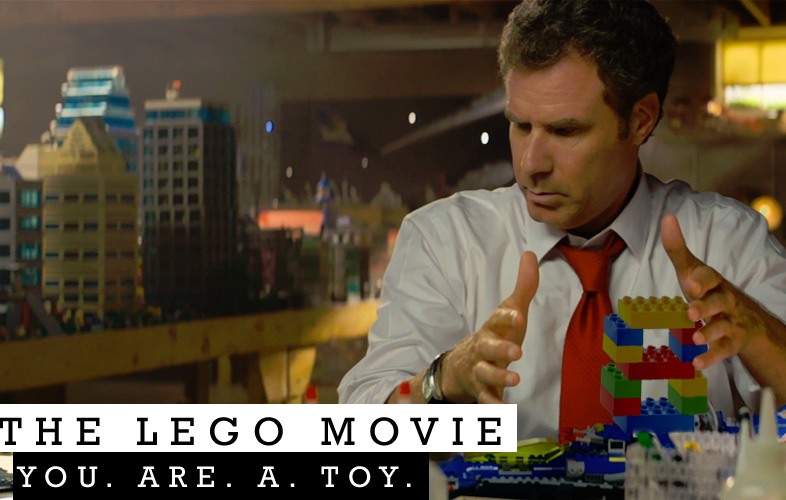 In a movie full of surprise reveals, taking in cameos as diverse as the Ninja Turtles, Lando Calrissian and Shaquille O'Neal, none are more astonishing than seeing actual human people operating in the real world, especially after spending 90 minutes completely forgetting that a world slightly less awesome exists.

The revelation that Will Ferrell's nameless Dad is the architect of this fantasy world, and his son Finn is the rebellious Master Builder suddenly opens up an entire 'movie behind the movie', and sets up the beautifully metatextual ending where the residents of Bricksburg defend themselves from Kragle attack and a son rails against his father as he builds things the way they're meant to be.

The complexity doesn't end there. There's further commentary on the merits of the product itself - "It's a toy," "No it's a highly sophisticated interlocking brick system" - and even the very existence of the film, which has become something far more meaningful then what could have easily been just a huge, albeit thunderously entertaining, advert for LEGO. Then finally, cutting though everything is a simple universal message for every father: 'Don't be an evil dick like President Business'. Christopher 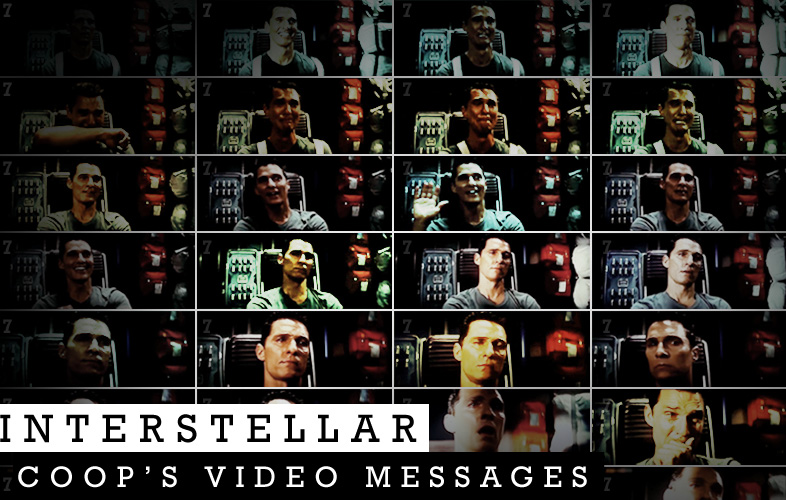 The emotional connection between Matthew McConaughey's Coop and his young daughter Murph is what grounds Chris Nolan's spacefaring sci-fi - it's the tether that attaches the personal to the universal, so even when Coop is jumping into wormholes and dicking about on ice planets, you're never allowed to forget what's waiting him for him back home. Chris Nolan knows this and you might even say he exploits it, first with a heart-wrenching goodbye scene (with McConaughey expertly matched by child actor Mackenzie Foy), then some time after blast-off, via a showstopping series of devastating video messages from back home.

With two Earth decades having passed in a few hours on a far-flung water planet, Coop reboards his ship to discover the equivalent of a full answering machine waiting for him. Once Coop has pressed play, Nolan fixes his camera on McConaughey's reaction as he watches his family age in an instant. As his son becomes a man in the space of a few short minutes, McConaughey's face conveys every emotion imaginable - from joy to despair and everything in between. For an equivalent emotional punch, imagine if Boyhood was actually about your child but you were forced to watch it on fast-forward. A lifetime left behind.

This brief sequence, no longer than a few minutes, is the beating heart of a movie some have accused of being cold - Chris Nolan is clinical and exacting, as Kubrick was, but you could never accuse him of not truly caring about his characters. It's a brilliant 'show don't tell' moment, one that sells the essential concept of the movie - time is running out - while making sure that tether is still pulled taut. Ali 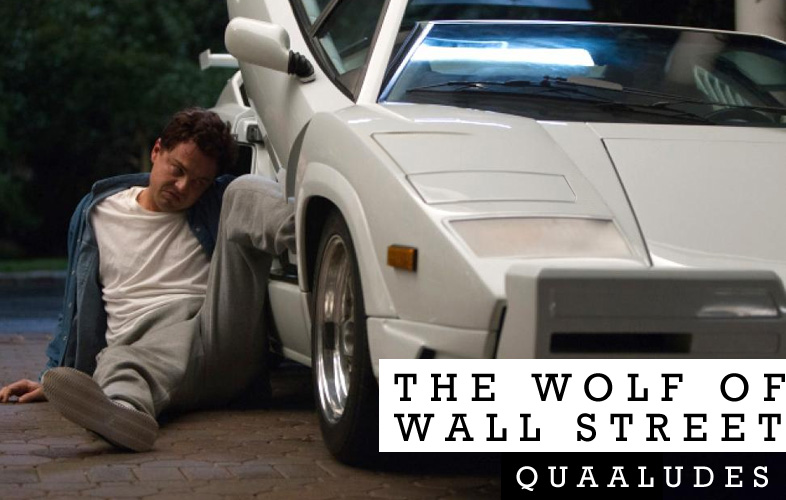 The threads of the Lemmon-714 quaaludes scene in Martin Scorsese's wildly entertaining The Wolf Of Wall Street begin with Donnie Azoff (played with heroically unattractive vigour by Jonah Hill) and his spectacularly inappropriate behaviour during a money exchange. In order to smooth over this bump in the road with his best bro Jordan (Leonardo Dicaprio) and deflect from his guilt, Donnie breaks out the "holy grail" of Quaaludes, which he was otherwise saving for a special occasion, "like a birthday or being clap free".

Although the stakes are high, the set-up is pure comedy. Excitement turns to disappointment as they (wrongly) assume the ludes have lost their potency and take a shitload more. Disappointment turns to fury as Jordan is forced to drive to a country club to use a payphone and find out he's about to be arrested and it's all Donnie's fault. And that's when, comic timing of all brilliant comic timing, the Quaaludes finally kick in.

What follows is an incredible eight minutes of two grown men, each of whom has lost all motor skills and suffering a brief episode of cerebral palsy, trying to murder each other. It's the funniest thing I've seen all year. There are so many beautiful moments. The gulf-like distance between Jordan and his car. The apparently incident-free drive home. Much slapstick with involving a telephone. Donnie choosing this weird moment to power-eat a wad of ham. The screaming frustration of two men who have reverted to sub-toddler levels of behaviour. Popeye saving the day… It's a magnificent centre-piece entirely suited to a monstrous, morally vacant and immensely pleasurable film. Christopher


More:  Top 20 Films Of 2014  Top10  Top 20 Scenes Of 2014
Follow us on Twitter @The_Shiznit for more fun features, film reviews and occasional commentary on what the best type of crisps are.
We are using Patreon to cover our hosting fees. So please consider chucking a few digital pennies our way by clicking on this link. Thanks!
Next Page »