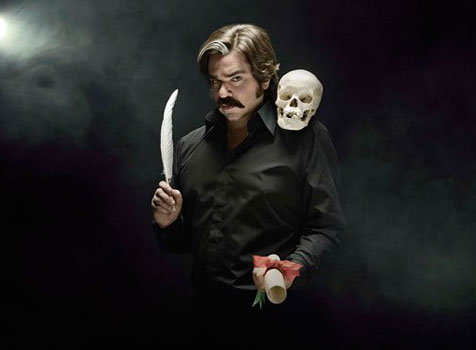 Though it has delivered some excellent sitcoms in recent years, Channel 4 has lacked a wilfully silly comedy for some time. Father Ted; Black Books; The IT Crowd, save one farewell episode this year: it seemed their like had been and gone. Then in 2013 it got daft again.

It's no coincidence that Toast of London arrives partly via the pen of Arthur Mathews, who had a hand in two of the above. He and Matt Berry, on crackerjack form in the title role, have done again what those shows did: not take a silly situation and play on it, but rather take a mundane one and pump in gallons of surreal laughs. So Steven Toast, a jobbing London actor, continues his run in a terrible play that we never see, and meanwhile gets clubbed senseless by a woman on a crazy golf course, has sex in the same room as an old lady thinking her deaf-blind, and encounters a Nigerian princess, the victim of botched plastic surgery leaving her looking, and inexplicably sounding, like Bruce Forsyth.

In a world where all of this seems perfectly realistic, anything goes, and just about every gag lands. But you'll never hear Berry's voiceovers on Absolute Radio again without expecting him to say "Up periscope". Ed

Defining moment: I love a repeated gag when I can't understand why it's funny. And every time Clem Fandango leans into the microphone to say: "Steven? This is Clem Fandango. Can you hear me?" I know Toast's exasperated "Yes, I can hear you, Clem Fandango!" is going to do it for me. 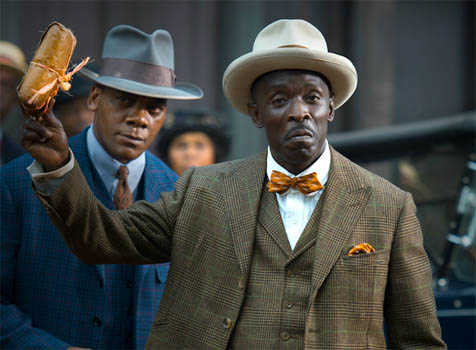 This being a list comprising TV shows it's boringly inevitable that some will recur from previous years, juggled into a slightly different order so I can maintain the illusion that a TV website run mainly by one person will reflect anything other than his own unchanging viewing habits. This, then, is Boardwalk Empire's third entry in as many years, and that's because it deserves it.

Though it began to lose me a little in last year's third season, with its wider exploration of the Volstead Act, HBO's signature period drama brought its fourth right back to New Jersey, with a simpler focus on the key characters. Nucky took a slight back seat, in favour of Chalky White's engrossing rivalry with newcomer Dr Valentin Narcisse, played with icy conviction by Jeffrey Wright; the continuation of Richard Harrow's heartwrenching journey to find love and acceptance; and Nelson Van Alden's new, conflicted life in Capone-ruled Cicero.

You notice, too, that the glamour has gone and all the parties are over: no tuxedo bashes where the champagne flows, just a series of hooch-filled warehouses with deals being done. Four years in, these characters are realising that bootlegging's a grim way to earn a living, and the bodies are piling up around them. Ed

Defining moment: There is a glorious scene in which Michael Shannon's Van Alden snaps into terrifying murder mode as only Shannon can, but even that has to take a back seat to my favourite season finale this year. Even to say who it involves would be a spoiler, but it expertly builds up an idea before delivering a ruthless emotional gut punch that left me genuinely upset. Only great TV lets you invest in characters enough to produce this effect. 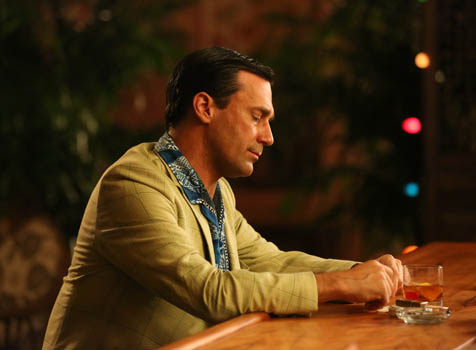 Now beginning to show signs of legacy-building in anticipation of its winding up over 2014/15, Mad Men continues to deliver a fascinating study of one of the most complex characters in living memory. That's right, Ken Cosgrove's wife.

Not really. Having found no satisfaction in stability, Don Draper went back, inevitably, to shagging around like the slag he is. The extent to which he despises himself and the damage he causes has never been more clear. Throughout it all, the cultural "highlights" of the age pop up in the background like it's E4 doing "I Love 1968": Bobby Kennedy and Martin Luther King meet their ends; Don takes little Bobby to see Planet of the Apes. As ever, these are worked in not just to anchor you in the time period, but to emphasise the changing influence of the counterculture; these characters don't exist in a vacuum.

With Don now at a crossroads, the stage seems set for Peggy to become the show's true Cinderella story, covering for him on his enforced leave of absence. While she shines, he languishes. We're set up for a memorable two-year final season. Ed

Defining moment: Creepy sycophant Bob Benson slowly inveigles himself into the fabric at SCDP. He's hiding something, like most of them are: but what? 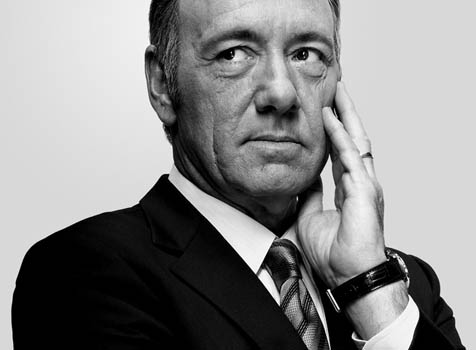 You could've been forgiven for overlooking the fact that House of Cards was a TV show, such was the focus of discussion about the medium it broadcast on. Before its simultaneous multi-episode drop on February 1st, Netflix went for the jugular with the advertising, leaving you in no doubt that something big was supposed to be happening. Curiously, its release model alone made me want to watch it more.

Good job it wasn't shit, then. A remake of the classic 1990 BBC series, updated to modern-day Capitol Hill with Kevin Spacey as chief couldn't-possibly-commenter Frank Underwood, House of Cards took advantage of its bundled release with a glacial pace. It was a slow-moving character study whose protagonist broke the fourth wall and spoke directly to you; an ingenious device (also used in the original, it should be said) that allowed you to like him enormously as he ruined people's lives. Executive producer David Fincher directed the first two episodes, giving him the chance to establish the moody, strip-lit look of the piece for others to follow, just as Scorsese did with Boardwalk Empire. Binge on it or make it last: the choice is yours. Expect to see this release method more and more over the next few years. Ed

Defining moment: Underwood invites Congressman Russo into his office, all smiles, and offers him a drink. He doesn't have one himself, purely to gain the upper hand over the other man, whom he now implies is a little too ready to take a belt of scotch at 11am.

Read our full review of season one 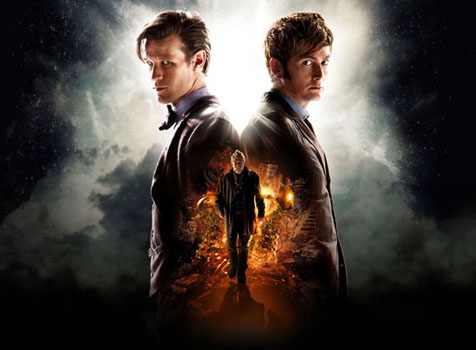 The BBC rammed Doctor Who's 50th anniversary right into our wormholes this year, conveniently ignoring the 16-year period in which the only bit of filmed Whoism was that guy from Withnail & I shouting at Eric Roberts. Still, it had much to crow about: Matt Smith is probably the best incarnation of the Doctor since the series' return, and it's the undoubted jewel in the Saturday night scheduling crown, unless you count the other thing with all the dancing cunts.

2013 was a mixed bag for Doctor Who though: it began with the second half of a series which had just written out two of the show's greatest ever characters: Amy and Rory Williams, played by the very funny and phenomenally sexy Karen Gillan and the merely very funny Arthur Darvill. In their place was the mysterious Clara Oswald, played by Jenna-Louise Coleman with a variety of interchangeable accents. While Clara's true identity provided an interesting mystery for the Doctor, she paled in comparison to Amy and Rory, and Series 7.2 became little more than a lengthy prequel to November's anniversary special.

That said, the series had its moments: the Doctor driving a motorbike up the side of the Shard was air-punchingly joyous; Mark Gatiss-scripted episode Cold War was clever and witty; and the series finale, in which a hitherto unknown incarnation of the Doctor was revealed, was terrific in its fan-baiting.

As a show built around its own re-invention, Doctor Who continues to surprise and delight in equal measure, and its future is nothing short of mouth-watering. 2013 was a good year for fans, but 2014 - with Ben Wheatley-directed episodes on the horizon - could be the year in which it finally assimilates the entire universe into its fandom. Neil

Defining moment: One of the most spine-tingling seconds in an entire year of television was the briefest flash of the eyes of the incoming Doctor, Peter Capaldi, who is surely set to tear the universe a new one having taken over on Christmas Day.

More:  End-of-year-lists  The Americans  Arrested Development  Boardwalk Empire  Breaking Bad  Doctor Who  Elementary  Fresh Meat  Game Of Thrones  Hannibal  Hello Ladies  Homeland  House Of Cards  Justified  Luther  Mad Men  The Newsroom  Orange Is The New Blac
Follow us on Twitter @The_Shiznit for more fun features, film reviews and occasional commentary on what the best type of crisps are.
We are using Patreon to cover our hosting fees. So please consider chucking a few digital pennies our way by clicking on this link. Thanks!
« Previous Page
Next Page »