Trailer breakdown: it's a good day to dissect A Good Day To Die Hard

As unlikely as it sounds, we're just a few short months away from the release of A Good Day To Die Hard aka Die Hard 5 aka Why Hard. It's only a minute and change long, so save precious seconds by scrolling through our in-depth trailer breakdown while humming classical music and pretending this movie doesn't exist.


(Apologies for the Yahoo! Movies watermark. We'll just have to live with it.) 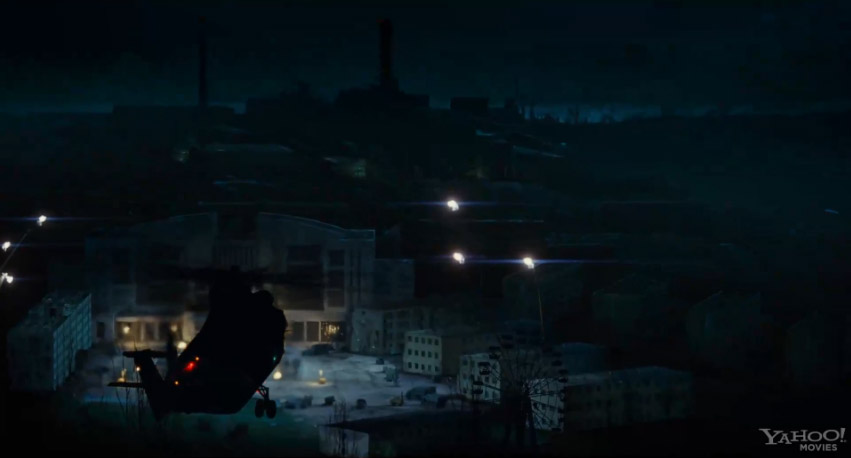 0:09 - Confirmation: there is a definitely a helicopter in this movie. What a relief! If memory serves, John McClane has bested a helicopter in every one of the Die Hard movies, most recently in Die Hard 4.0, where he "killed a helicopter with a car" because he was out of bullets. In this movie, expect him to take down a fleet of choppers with a tricycle and a Nerf gun. 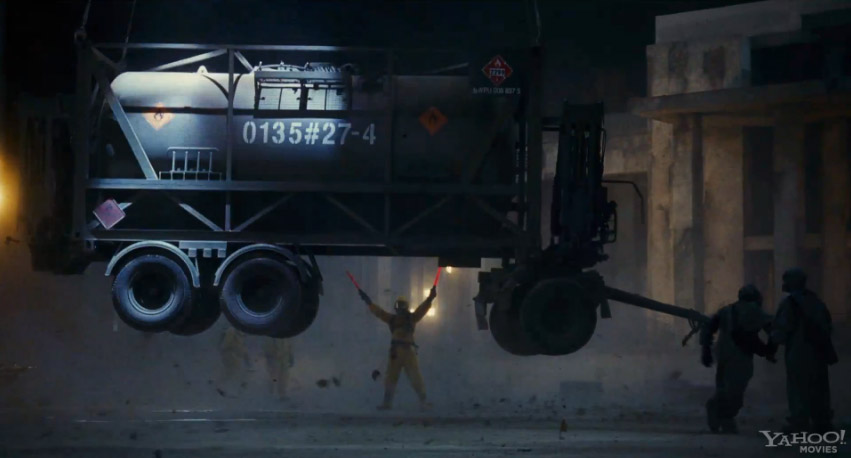 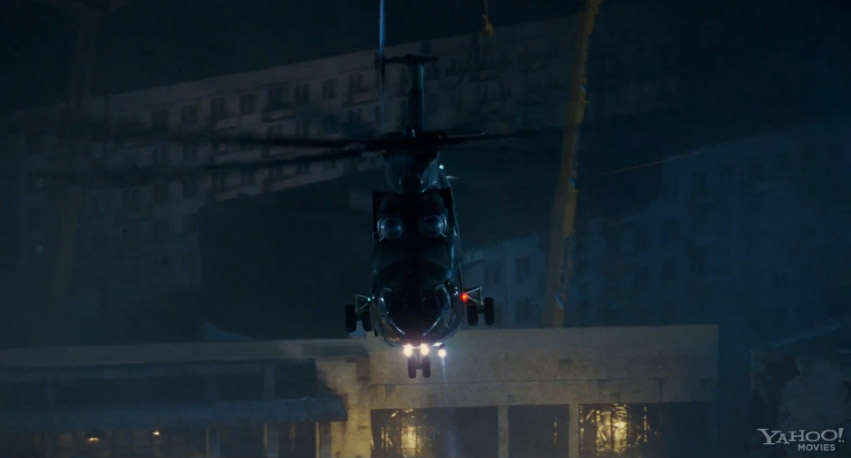 0:15 - There's that helicopter again. Is Bruce Willis even in this? 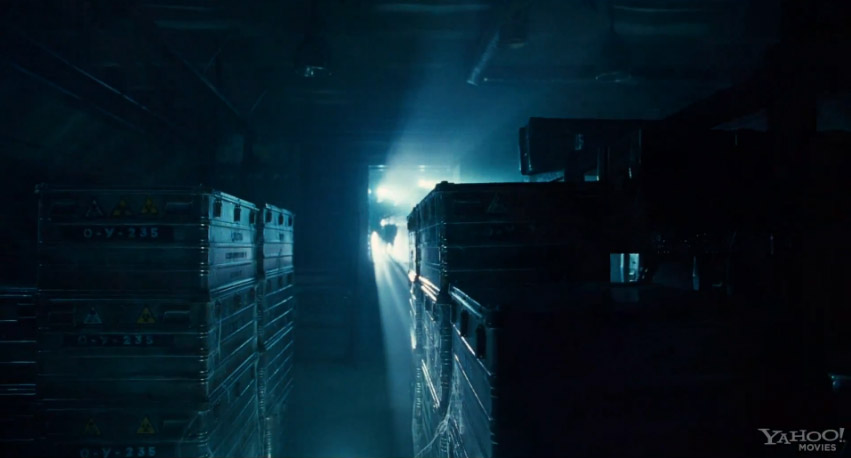 0:20 - Unless I'm very much mistaken, it looks like John McClane will be partaking in some LaserQuest in this movie. 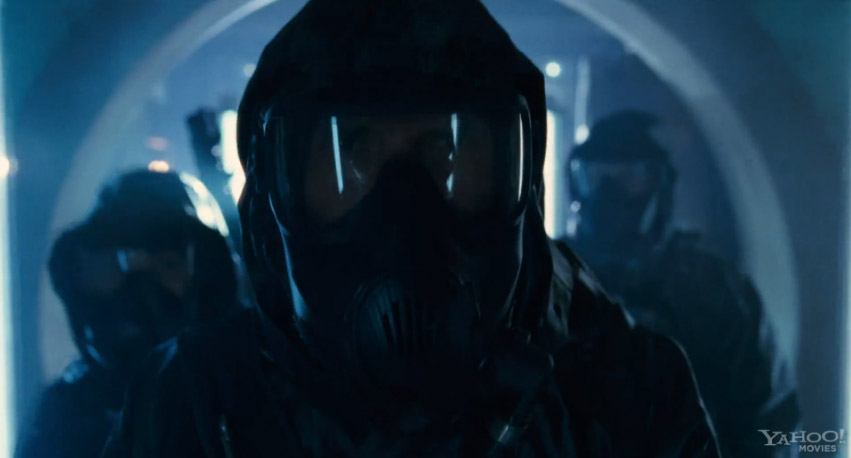 0:23 - Finally, some men! Men in masks! What are they doing? Why did they need a big truck? The trailer doesn't attempt to explain who they are, I think you just sort of have to guess, which is a bit fun. 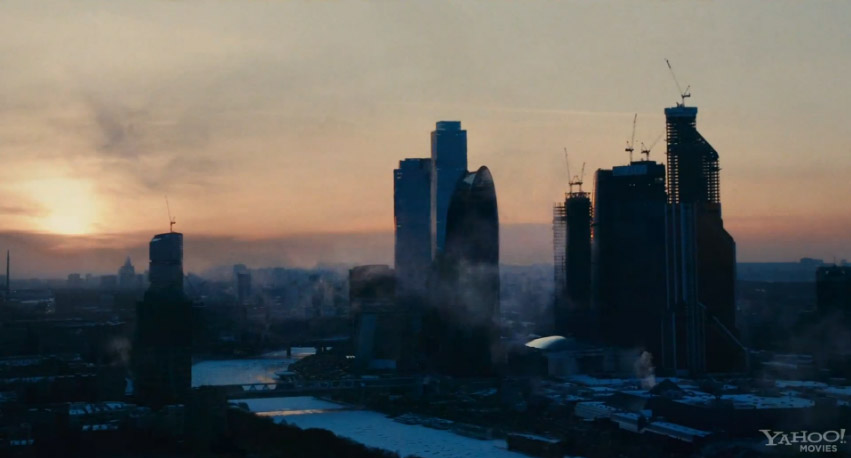 0:26 - Russia. Probably. Maybe it's New Jersey. It looks like a right shithole, wherever it is. 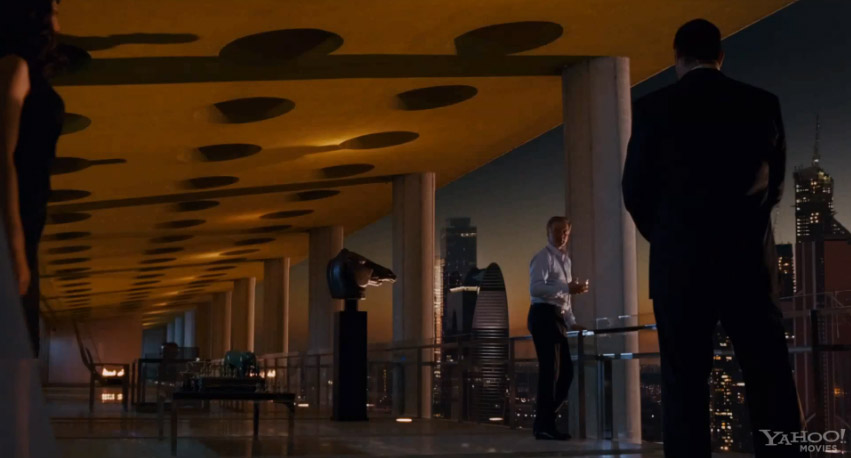 0:27 - It's almost certainly Russia then, because this guy is clearly a villainous oligarch. Notice the casual, open shirt, the silver hair, the godless, awful decor and the bonkers anteater statue. If I was a villainous oligarch, I'd use a bit of my oil money to build a slightly higher balcony - it looks pretty bloody dangerous. And we wouldn't want anyone bad to fall off a tall building, would we? 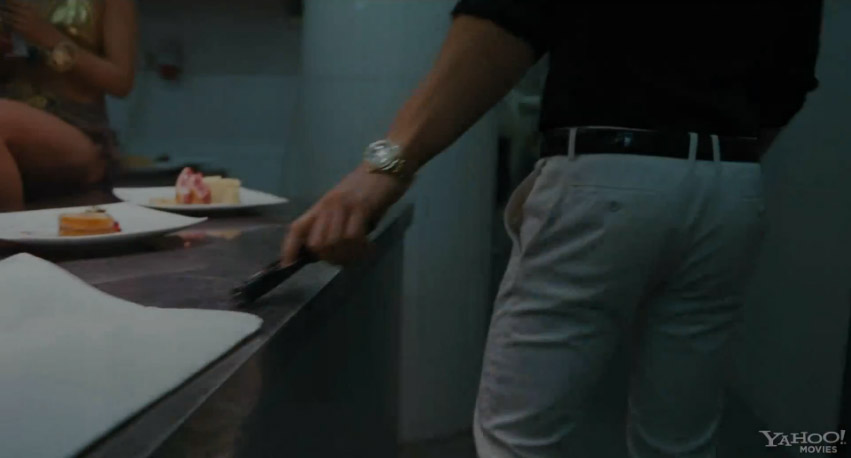 0:29 - The first gratuitous butt shot in the movie. It's also a relief to see that cheesecake will play at least a small part in the movie. 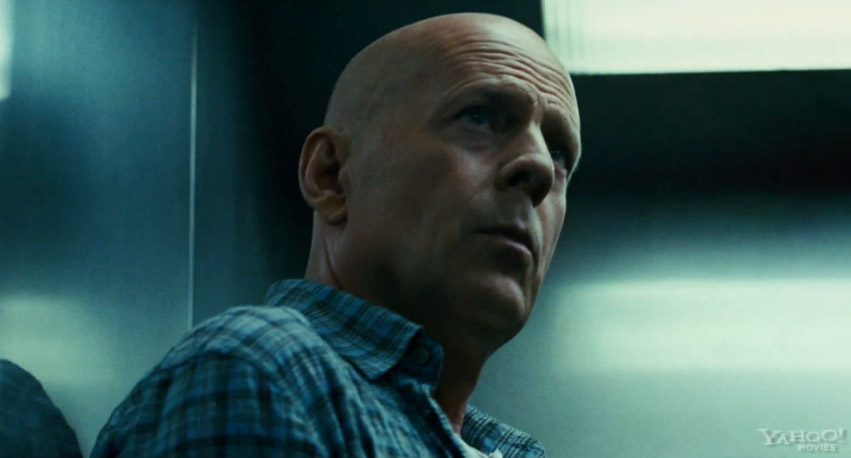 0:34 - Bruce! Look everyone, it's Bruce Willis! I mean John McClane! Here he's cocking a shotgun and sporting an ill-advised 'shirt over t-shirt' ensemble, like he's not sure if it's going to be warm or chilly outside. He still hasn't got any hair. 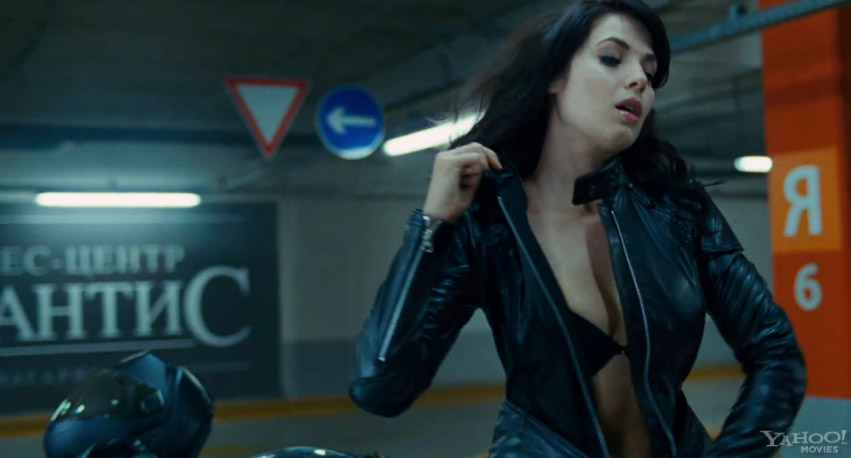 0:39 - Well hellooooo Julia Snigir, making her English-language movie debut by slowly peeling off her leather biking gear in an underground car park: the sexiest of all the car parks. We know we're in Soviet territory here, because there is literally a backwards 'R' on one of the pillars. 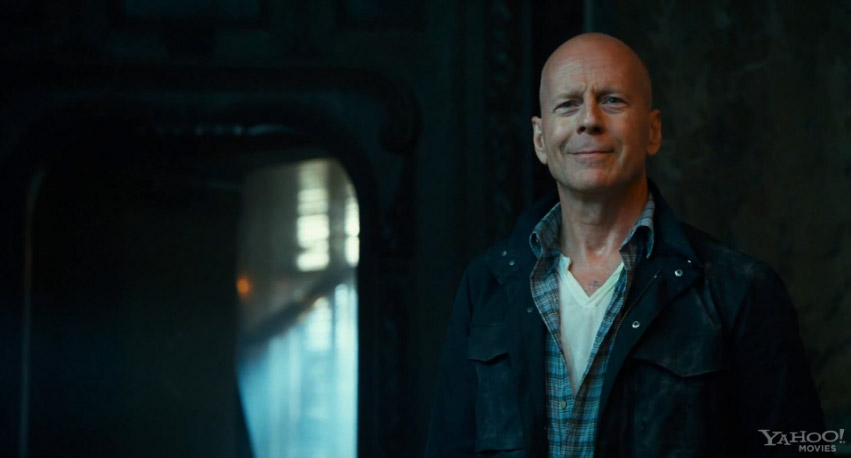 0:40 - Bruce approves of the nakedness, the filthy old letch. 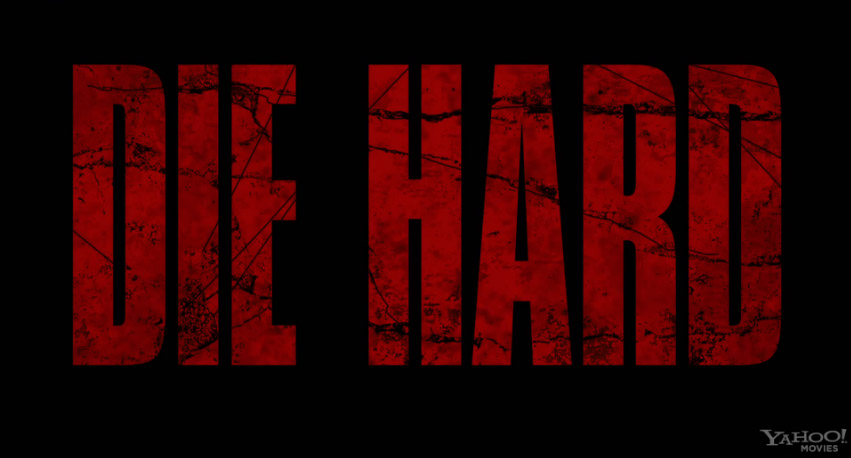 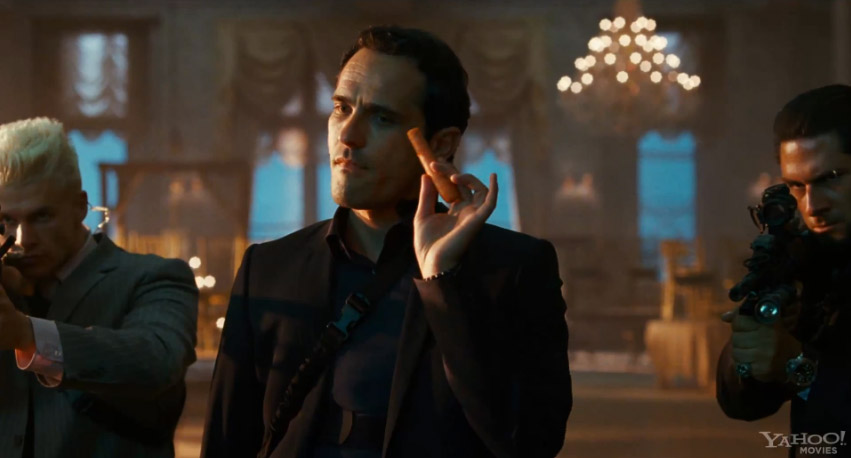 0:42 - Flanked by armed guards, Sebastian Koch's baddie Komorov feels confident to show McClane the gigantic cheesy Wotsit he found in his morning bag of crisps. Later, McClane will take it from him, before answering his pleas to return it with "What Wotsit? I don't have your Wotsit. I don't know what you're talking about." But really, he still has it. 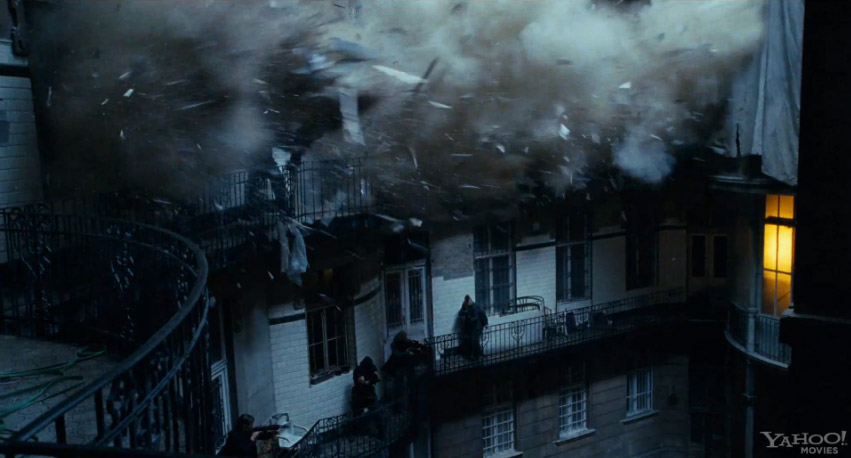 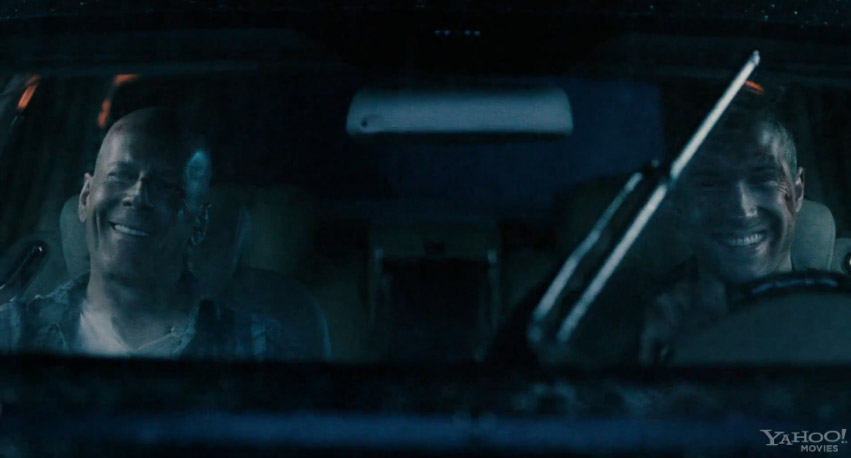 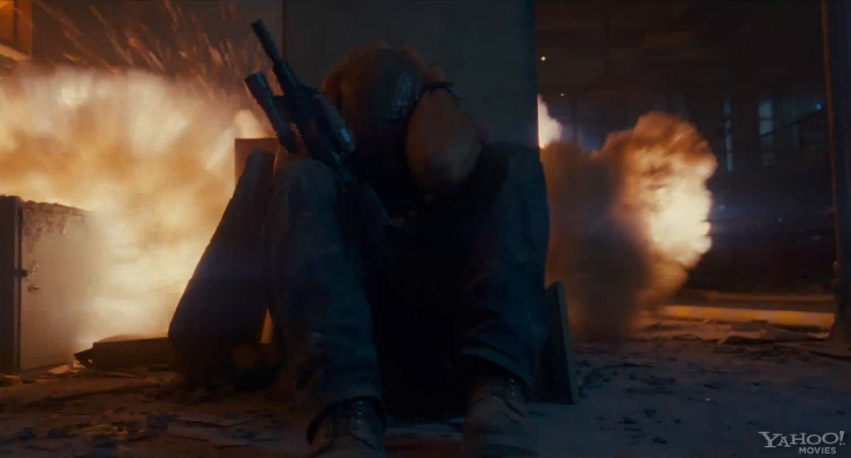 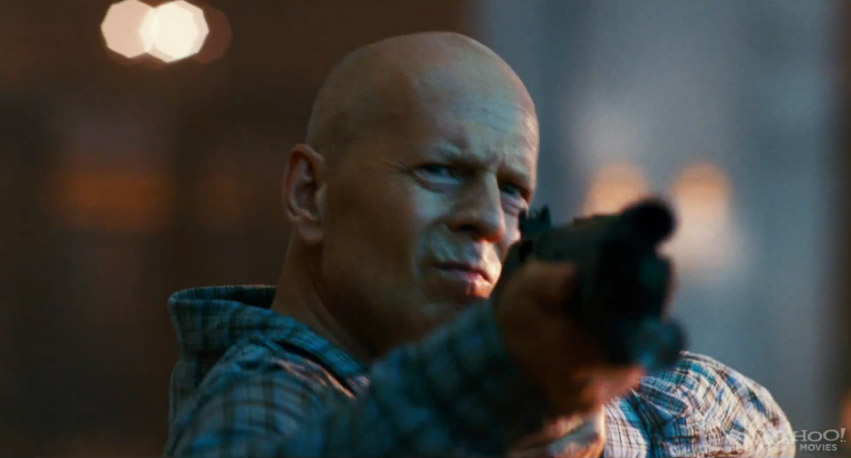 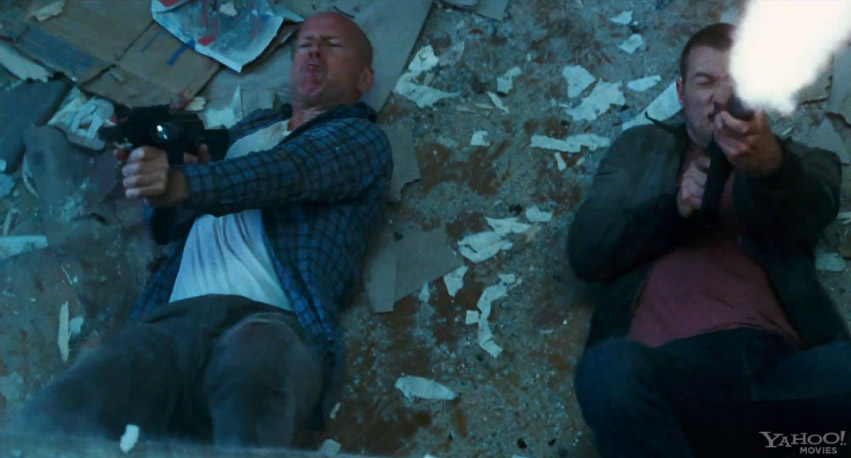 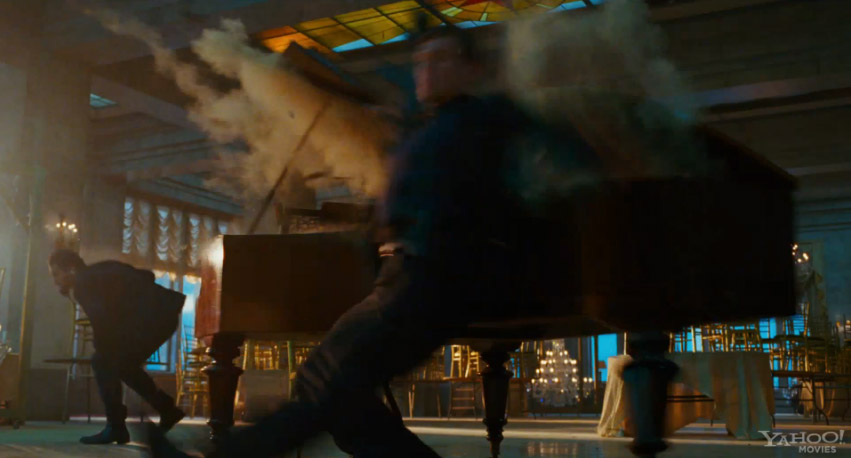 0:50 - McClane fucks up a classical piano, while Beethoven's Ninth plays over the top. I'm getting mixed signals here, you guys. 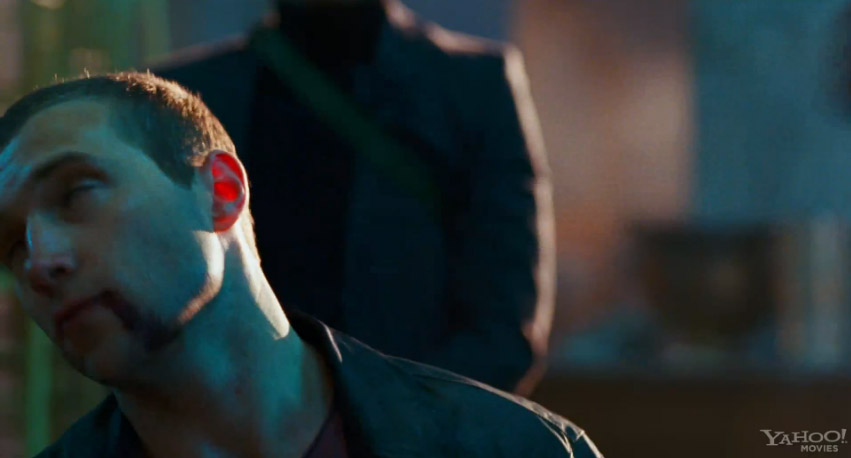 0:53 - Bored from a lack of action, John McClane Jr falls asleep against the side of the frame. 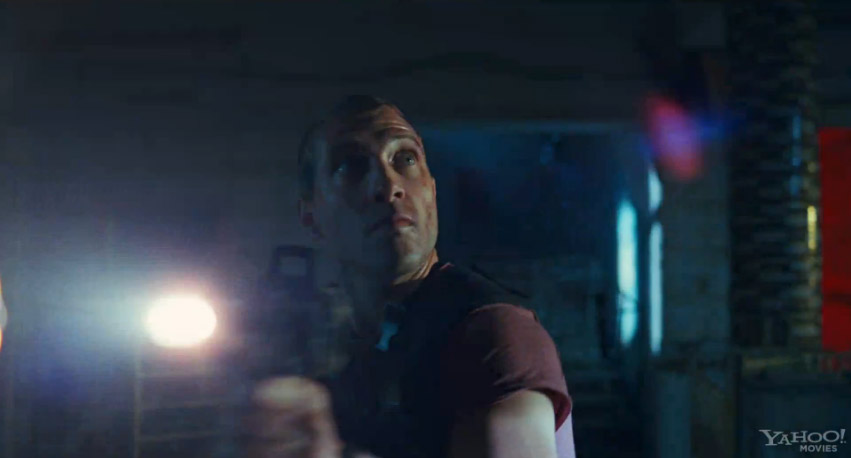 0:54 - Wake up, Jai! You've got a gun to point! I'll admit, Courtney really does look quite a lot like Bruce Willis here, certainly moreso than Joseph Gordon-Levitt and his fake nose. I'm not entirely sold on the concept of McClane having a gun-toting son; I think I'd prefer it if John McClane's kid was a slightly fey, chubby young man with greasy hair, spectacles and a World Of Warcraft subscription. Oh, the scrapes they'd get into! 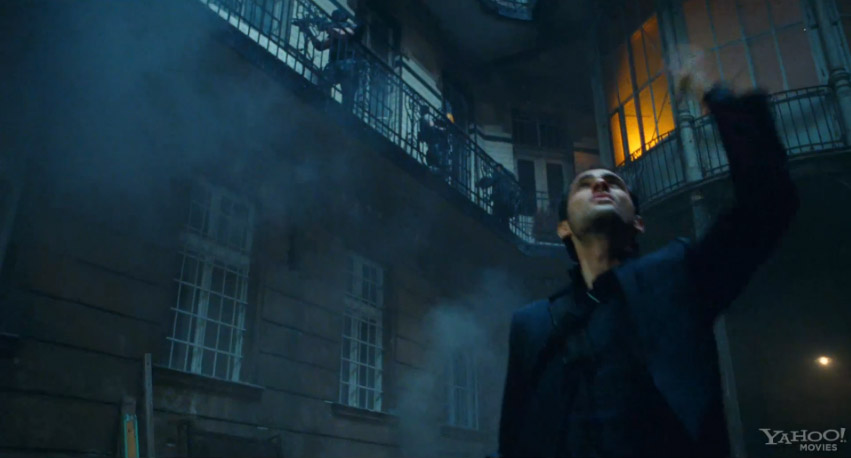 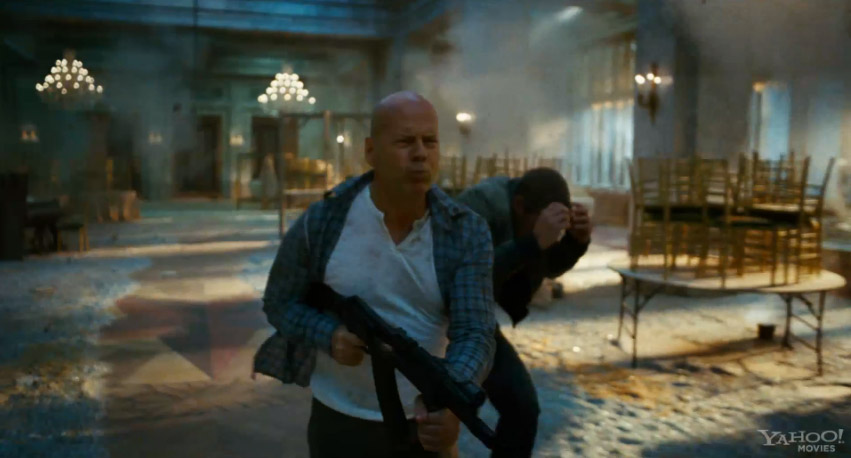 0:56 - No chance. McClane is taking that thing back home to put it in a museum, where it belongs. 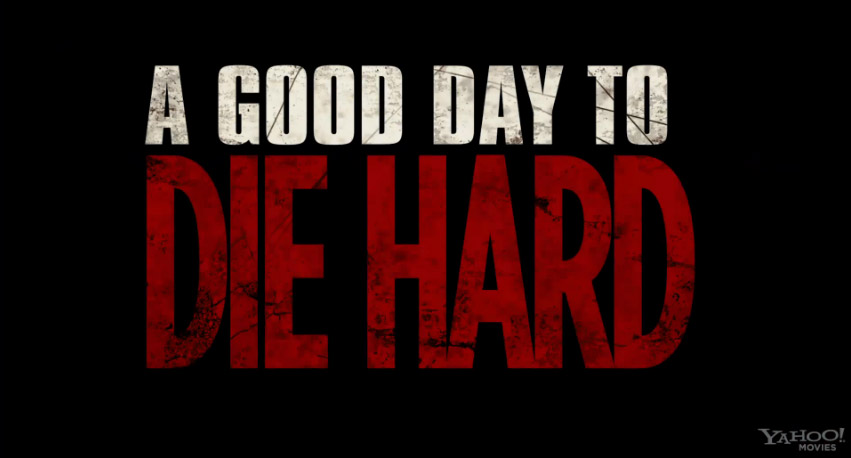 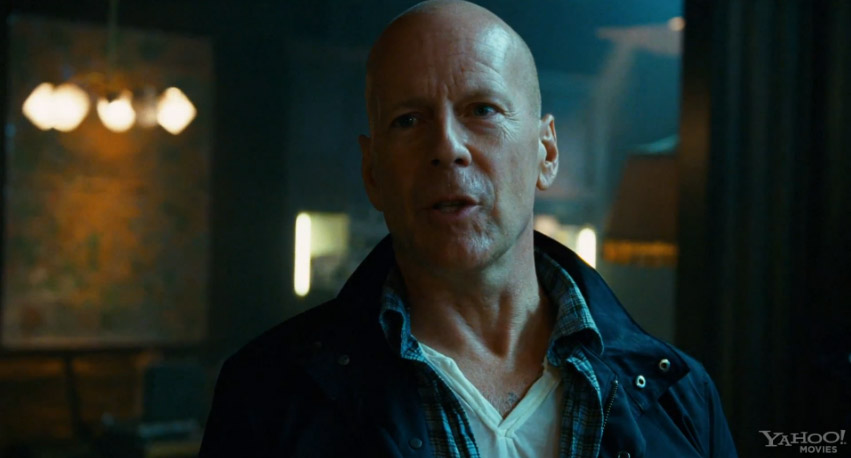 1:03 - "The 007 of Plainfield, New Jersey," says McClane, really slowly and awkwardly, like he's trying to book cinema tickets over the phone. 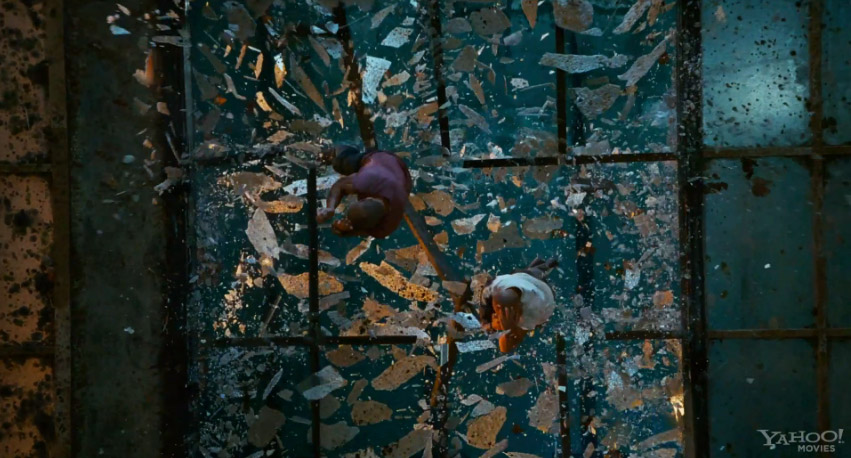 1:04 - When will these villains learn: glass floors, though wipe-clean and stylish, are easily shattered in gun-fire. Solution: either get some hardwood floors fitted, or stop having gun-fights indoors. Honestly.
Go on then, try and watch the trailer without my commentary, see how you get on. A Good Day To Die Hard is out on Valentine's Day 2013, because nothing gets women hot like a 57-year-old's sex face.

More:  Trailer Breakdown  A Good Day To Die Hard  Die Hard 5  Die Hard  Bruce Willis  John Moore
Follow us on Twitter @The_Shiznit for more fun features, film reviews and occasional commentary on what the best type of crisps are.
We are using Patreon to cover our hosting fees. So please consider chucking a few digital pennies our way by clicking on this link. Thanks!