He's a recluse. He has the soul of a poet. He never does interviews. Terrence Malick is a mystery, all right. As The Tree Of Life is readied for release, we attempt to shed some light on the enigma wrapped in a riddle wrapped in a director.


Here are some generally known facts about The Tree Of Life director Terrence Malick. He's made five films in 38 years. He refuses to do press. He has a beard. And that's about it. Seems everyone is happy thinking of this mystical sage as cinema's equivalent of a force ghost.

Recently, however, it was discovered that one of Terrence Malick's favourite movies was Zoolander (not known: whether he's ever asked anyone to "Malick my balls"). This got us thinking: what if Malick wasn't a thoughtful, reflective cinematic genius, but just a regular guy like you or I?

With a little digging, we started to paint a picture of Terrence Malick that was not at all like his public persona. Here's what we found after scouring his Twitter feed and quizzing those who know him best...

2. The idea for The Tree Of Life came to Terrence Malick while he was urinating behind a tree after doing jello shots at 2-for-1 cocktails night at his local TGI Friday's.

3. Terrence Malick was mooted to direct low-budget sci-fi Mindhunters, starring his close friend, LL Cool J. When the director took a time out in Thailand to "sort my shit out", the project eventually ended up in the hands of Renny Harlin, Malick's "#1 bro" from college.

4. Terrence Malick's favourite movie from 2010 was Dinner For Schmucks.

Terrence Malick insists on being called 'T-Boz' on set; a reference to the band TLC, whose song 'Waterfalls' was the first CD single he ever bought.

7. Terrence Malick came up with the idea for Back To The Future, but in 1995, after watching it on video while high.

8. Terrence Malick is a neighbour of Limp Bizkit frontman Fred Durst and played slide guitar on the band's LP, Chocolate Starfish And The Hotdog Flavored Water.

9. Terrence Malick directs all of his films steaming drunk. When the director turned up two hours late and reeking of booze on the set of The Tree Of Life, actor Sean Penn confronted him, only for Malick to punch him in the neck, flee from the set in his hired golf buggy and later attempt to booty-call Madonna in a misguided attempt at retaliation.

15. Terrence Malick has been to a Harvester before.

16. Terrence Malick knows all the lyrics to Usher's 'Pop Ya Collar'.

18. Terrence Malick is a big fan of Cameron Diaz. "Bitch got ass for miles," he told Vanity Fair.

19. Terrence Malick's Xbox Live Gamertag is BadlandsBada55_43xox. He is fond of Call Of Duty: Modern Warfare 2 but has yet to reach Prestige level.

20. Terrence Malick's favourite episode of Only Fools And Horses is the one where Del Boy falls through the bar.
21. Terrence Malick is in talks to direct a companion piece to The Tree Of Life called The Tree Of Death, about a killer tree (voiced by Brad Dourif) that curses a group of teenagers who stumble on it in the woods after a party. He is currently looking for funding.

22. Terrence Malick's preferred euphemism for the vagina is 'foo-foo'.

23. Terrence Malick moonlights as a Punisher-esque vigilante crime-fighter come nightfall, under the alter-ego 'Terror Malice'. He has zero kills.

25. Terrence Malick has a large tattoo of "a famous, male, A-list movie star from America" secreted somewhere on his body. Only Colin Farrell knows its exact location, and that it isn't of him.

26. Terrence Malick takes three bottles into the shower, because he can.

27. Terrence Malick borrowed Christian Bale's DVD boxset of Arrested Development but lost it, and has been avoiding him ever since.

30. Terrence Malick was born with the extraordinary ability to talk to and understand the animals; the only problem is, they all hate him.
31. Terrence Malick knows the 'Macarena' in its entirety.

33. Terrence Malick waited 20 years between shooting Days Of Heaven and The Thin Red Line, because he is extraordinarily lazy.

34. Terrence Malick has five children, three of which were conceived with Octomom.

36. Terrence Malick still doesn't understand the ending to Inception, no matter how many times Brad Pitt has explained it to him.

37. Terrence Malick doesn't own a TV because he sold his last one to buy Pokémon cards.

38. Terrence Malick's favourite member of The Black Eyed Peas is apl.de.ap. His least favourite is Fergie.

40. Terrence Malick often directs under the pseudonym 'Brett Ratner'.
41. Terrence Malick was once detained by security guards in a Tesco after drunkenly trying to pay for a ham and mustard sandwich with a plot for an action/sci-fi epic scribbled on a napkin.

42. Terrence Malick spent a whole year learning how to Moonwalk.

43. Terrence Malick and Martin Sheen banged Cybill Shepherd in the back of a van, or so he says.

46. Terrence Malick donated his left kidney to Joaquin Phoenix in 2009. After seeing I'm Still Here, he took it back.

47. Terrence Malick was a huge WWF fan in the nineties and has a photo of the time he touched Jake 'The Snake' Roberts' snake on his bedside table.

48. Terrence Malick spent 5 years developing a cereal called Malick-Os with Kelloggs, but controversially pulled out of the joint venture when they refused to add 'love' to the list of ingredients.

49. Terrence Malick's 'Untitled Project', due for release in 2012 and starring Ben Affleck and Rachel McAdams, is based on the board game, Operation. 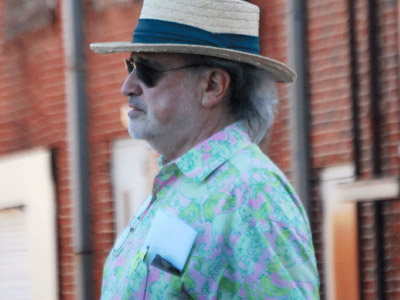 51. Terrence Malick has better fashion sense than anyone on the entire planet.
More:  Terrence Malick  The Tree Of Life  Top10
Follow us on Twitter @The_Shiznit for more fun features, film reviews and occasional commentary on what the best type of crisps are.
We are using Patreon to cover our hosting fees. So please consider chucking a few digital pennies our way by clicking on this link. Thanks!