With new girl Odette Annable signing up for a major role in House season eight, I thought to myself: "Gold dust! She has a silly name! My razor-sharp wit will make short work of this!" and hit the laptop, only to run out of steam after about a minute. OK, so one daft name's not enough for a whole feature, but throw in some chicks in their pants ... CHA-CHING!

Problem is, I can't think of a specific joke about her name; I just know it sounds funny.

No, what we need is a broader focus. She's going to be crowbarring her way into a show that's had some pretty meaty parts for women (that's what she said, etc) ever since it started. They've always slotted into a clearly defined role, but which mantle will Odette be taking up? And can we shoehorn in some pictures of girls in their knickers while we ponder the question? Hells yeah. Who says men can't multi-task?

As filled by: Dr Lisa Cuddy, Dean of Medicine at Princeton-Plainsboro and House's very much ex-girlfriend after he drove a car through her living room wall.

Played by Lisa Edelstein, who has now sodded off for good after they low-balled her with a salary offer for the final season. She's now taken a role in The Good Wife, playing the part Felicity Kendal made famous in the original version of the much-loved self-sufficiency sitcom. (*has nature of The Good Wife explained to him*)

Relationship with House? Love/hate. She tells him what to do; he doesn't do it. She hates him for it. He ignores her. She then loves him for it. He mocks her. Then calls her in the middle of the night because he's just cut his own leg open.

Slot available? Could be. Not sure a new character will be strong enough to take on the job though. Unless Grace Jones is available?

Dude, quit your prattle and make with the underwear shot: 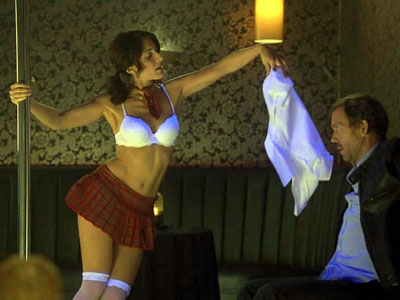 As filled by: Dr Alison Cameron, original member of House's team. Convinced of the good in all people. Married a dying man because she has a saviour complex. Married Chase because, let's face it, he's hot. Sufferable because of occasional displays of resolve.

Relationship with House: Loves him because she thinks he's damaged and she can fix him. Endures constant taunts for it.

Slot available? Very much so. Jennifer Morrison announced at Comic-Con that she'd be happy to come back and play Cameron again. In other news I recently announced in my kitchen that I'm available to participate in the Chinese space programme. 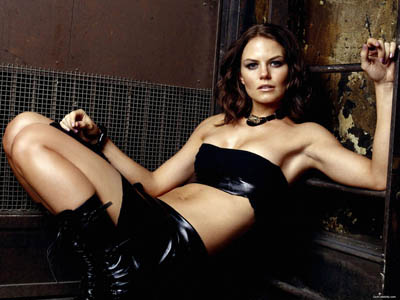 As filled by: Dr Remy Hadley, better known as 'Thirteen'. Hired as part of House's draft system in season four. Has a Huntington's disease diagnosis that means she'll probably die young. As a result can be alternately promiscuous, conscientious and reckless, depending on what suits the writers that week.

Relationship with House: Grudging respect. Of all the women who've ever been on his team, House values her opinion the most. Also loves the fact that she lezzes up with other girls sometimes.

Slot available? Half and half. Olivia Wilde's likely to be shooting another movie during season eight so probably isn't going to appear in every episode.

It's getting hot in here, so take off all your clothes (I am! Getting! So hot! I'm gonna take my clothes off!): 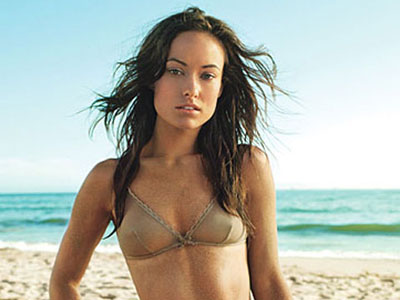 As filled by: Martha M. Masters (seriously), Ph.D., child prodigy medical student hired by Cuddy to replace Thirteen, who was off in prison. Hired by the show-runners because as soon as Olivia Wilde went off to shoot Cowboys and Aliens they looked at the resulting male:female cast ratio and realised it might as well have been Glengarry Glen Ross.

Relationship with House: Hate/hate. There's a need for a character with a strict moral compass in House, because we need someone to react as we hope we would if a doctor insisted we abort a foetus and graft it to its mother's face in order to cure her eczema. But they don't need to be quite so ... so ...

Slot available? Jesus, I hope not.

Cause tonight, baby, I wanna get FREAKY with you: 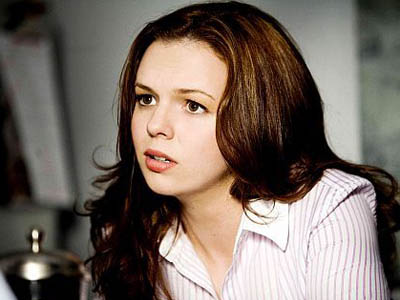 Seriously, this is the best I could do. I think she's in pyjamas, if that's any help?
Role 5: Cut-throat Bitch

As filled by: Amber Volakis, unsuccessful applicant for one of the vacant fellowships in season four. Proved duplicitous and downright nasty in her ambition. Returned as Wilson's girlfiend, a baffling storyline redeemed only by her death in probably the best of the season finales.

Relationship with House: A healthy regard for her ambition but a good deal of dislike too. Obvious sexual attraction, particularly when she came back as a hallucination when he went crackers.

But you've got some sort of lingerie shot, right? 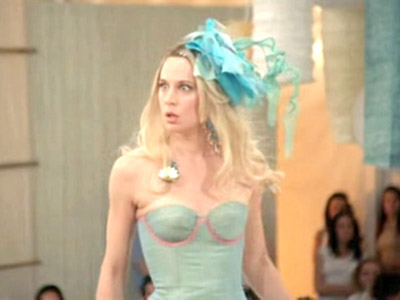 Natch.
EPILOGUE: I finally thought of a joke about her name 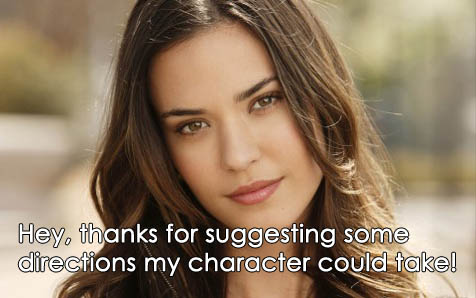 More:  House  Jennifer Morrison  Olivia Wilde  Lisa Edelstein  Amber Tamblyn  Odette Annable  Anne Dudek
Follow us on Twitter @The_Shiznit for more fun features, film reviews and occasional commentary on what the best type of crisps are.
We are using Patreon to cover our hosting fees. So please consider chucking a few digital pennies our way by clicking on this link. Thanks!