What we've learnt from these Sherlock series three pictures

Sherlock and his scarf return to our screens on January 1st. And it's been a long time coming. Seriously, it was bloody ages ago when we all watched him lob himself off that building. Ahead of his return the BBC have teased and tantalised us with a whole host of pictures. But what do they mean?


After scouring them for a good ten minutes or so I think I've learnt a few very important things we can expect from series three. 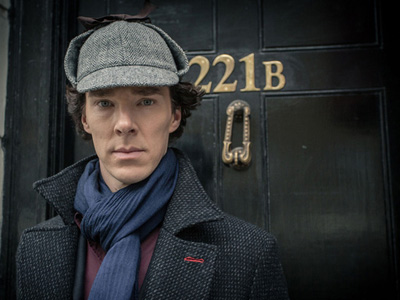 Sherlock now apparently wears a deerstalker hat. And he wears the absolute shit out of it. 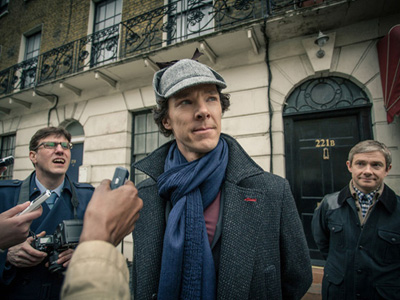 See! Look how proud he is of it. Eager journalists clamour around, desperate to know exactly where he found such a fine piece of headgear. Meanwhile, Watson's just pleased for his friend's new hat. 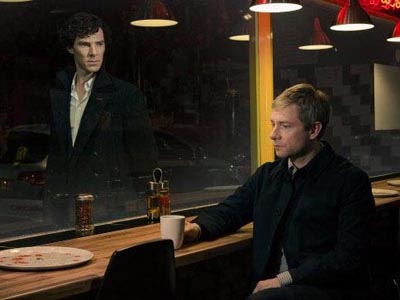 John Watson isn't a fan of that fun trick where someone pretends to be walking down stairs but really they're just crouching. Much to Sherlock's annoyance. He really wanted to impress his pal, too. 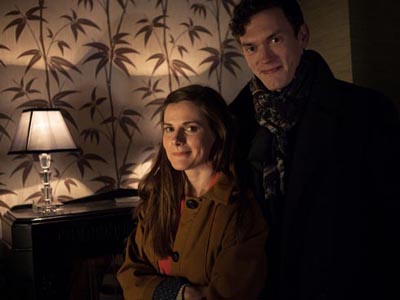 This guy, whoever the hell he is, thinks he can outdo Sherlock in the scarf department. He can't. No one can. Still, that's a fine-looking lamp. Clever how it emanates four glows from the one bulb. 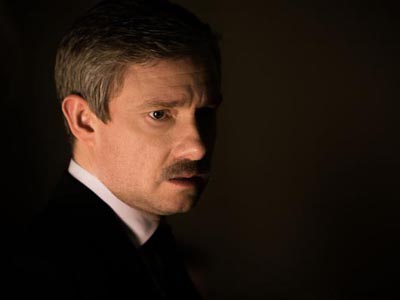 Watson appears to be raising money for Movember. Why else would he have grown this facial furniture? But despite his very un-Selleck 'tache it's nice to see he's doing his bit for charity. 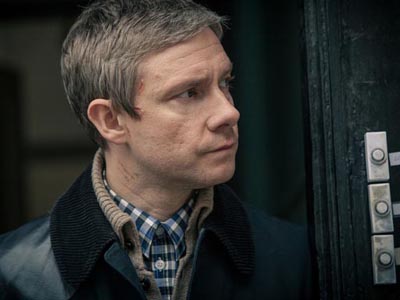 Sherlock series three must take place sometime between mid-November and December. How else do you explain Watson's new clean-shaven look? Let's hope he raised plenty of money. But judging by those nasty scars on his neck and face he has trouble shaving.
So, if you want to see more of Sherlock's classy new hat and Watson's shitty moustache, and find out who that scarf-wearing imposter really is, be sure to get yourself in front of BBC1 on New Year's Day.

More:  Sherlock  Benedict Cumberbatch  Martin Freeman  BBC
Follow us on Twitter @The_Shiznit for more fun features, film reviews and occasional commentary on what the best type of crisps are.
We are using Patreon to cover our hosting fees. So please consider chucking a few digital pennies our way by clicking on this link. Thanks!