On TV this week: one journalist wrestles with his conscience and tries to understand where he went wrong, while another discusses with undisguised glee how he exploited a young woman's murder for personal gain.


We all missed the signs with Jimmy Savile, but then we didn't all invite him round and offer him the spare room. In his latest, Louis Theroux: Savile, the bespectacled inveigler revisits the 2000 documentary where agonising hindsight shows him getting close to revealing the man's true character, but ultimately falling short. He's obviously regretful about this, just as he was when he discussed it on Richard Herring's Leicester Square Theatre Podcast last summer.
Savile always delighted in dangling a hint about his crimes in front of people and then obfuscating with his gibberish catchphrases when questioned further, so Theroux isn't alone in having had the keys in his hand before dropping them. But When Louis Met Jimmy remains the only example where his interviewing technique seriously failed. Usually he reveals layers of truth through a combination of curiosity, genuine warmth and casually innocent persistence, but here he was up against a wall of bluster that couldn't be breached.

Everyone bought the routine, because we love a Great British Eccentric. As Andrew O'Hagan, in his essential London Review of Books essay on Savile and British society in 2012, argued:

"
"
The public made Jimmy Savile. It loved him. It knighted him. The Prince of Wales accorded him special rights and the authorities at Broadmoor gave him his own set of keys. A whole entertainment structure was built to house him and make him feel secure. That's no one's fault: entertainment, like literature, thrives on weirdos, and Savile entered a culture made not only to tolerate his oddness but to find it refreshing. We can't say so. We can't know how to admit it because we don't know who we are... Let's blame him for all the things he obviously was, and blame him for a host of other things we don't understand, such as how we love freaks and how we select and protect people who are 'eccentric' in order to feed our need for disorder.
Theroux's early career was built on the public appetite for oddballs just as reality TV was taking off, sometimes eschewing real analysis for just giving weirdos a length of rope and letting them hang themselves. Though it would be unfair to suggest these early shows weren't done with a real curiosity about the subcultures he investigated, his later work noticeably matured (he disputes this), taking on more serious subjects with a serious will and a serious face, and has resulted in some excellent, moving documentaries made with a journalistic rigour of which he is obviously proud. If he weren't, he wouldn't be doing this. 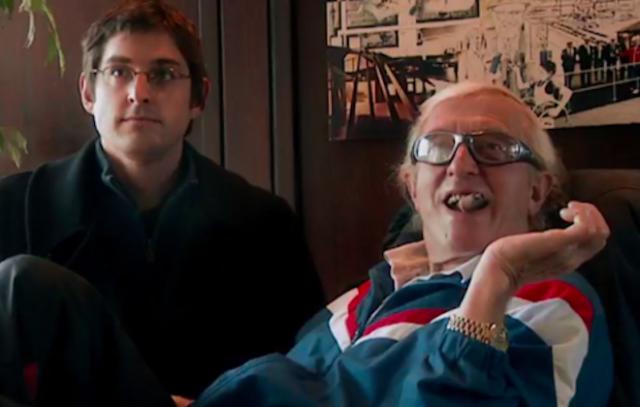 Seems so obvious now, doesn't it?


There is perhaps a regret in him that it was Louis Mk.1 and not the later upgrade that spent time with Savile, and Sunday's show saw him in the light of 2012's revelations interviewing victims, encouraging their criticisms of the original programme, and grappling with his own failure to get to the heart of the man. It is brilliant and, like Dan Davies's book In Plain Sight and anything else featuring detailed accounts of Savile's offending, difficult to sit through. At times you get the impression Theroux feels like he should carry the can for the whole thing, but of course there were so many others over so many years who had more to back up their suspicions and never spoke up. What shines through is that he is interested in examining his own failings, aware of his responsibilities as a journalist and keen to understand where he went wrong.

Over on Netflix, the big streaming beast launched – in the wake of a slew of new true-crime content it's been recommending for a couple of months, or maybe that's just the result of my viewing history – Amanda Knox, its documentary about the 2007 case of Meredith Kercher's murder. It's fairly nuts-and-bolts, but thorough, and has the trump card of featuring Knox herself, convicted and acquitted twice of the crime, talking earnestly and directly to the camera about her experience.

As a documentary it doesn't encourage you in either direction with regard to her guilt, but it is damning of the role of the press in the investigation. We're reminded of the transatlantic scale of the story and of how sexualised the coverage quickly became, with her "Foxy Knoxy" MySpace nickname becoming a fair-game headline sobriquet once it emerged that she – shockingly – had enjoyed sex in the past. Whether she did it or not, her convictions seem to have been based largely on her behaviour in the aftermath not following standard assumptions of how grief manifests itself, and the amplification of this in the press building a public image of a psychopath. (There were similar "Why aren't they more upset?" questions asked in the tabloids of Kate and Gerry McCann when they failed to adhere to the required distraught-parents script after their daughter Madeleine disappeared in 2007.)

The main talking head representing the print media is the Daily Mail's Nick Pisa, who was on the ground in Perugia for the story and recounts excitedly how brilliant the whole thing was: sexual intrigue, a juicy murder, a pretty suspect to hang the femme fatale tag on. He describes the rush at getting the front page, every journalist's dream. 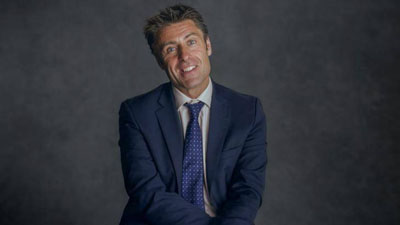 "Are we nearly done here? I've got a puppy to drown at six."


You'd say he lacked self-awareness if it weren't so reminiscent of when in 2011 the crumpled and unrepentant former News of the World Deputy Features Editor Paul McMullan eagerly wheeled himself out to do the news interview rounds in the wake of the Leveson Inquiry. "Privacy is for paedos," he'd said when giving evidence, before advocating on every show that'd have him for a society in which a public figure's desire for a private life be taken as grounds for suspicion.

Unlike McMullan, Pisa doesn't bother with the paper-thin justification of his subjects as collateral damage of a necessarily free press; he simply omits any discussion of his journalism's moral implications. At one point, when the film has established that Knox was ultimately exonerated and that the physical evidence for her conviction was scant, he notes passively that "some of the information that came out was just completely made up", and asks us rhetorically what he was supposed to do: check the facts before publishing?

It's interesting to compare side-by-side the approaches of one journalist so self-reflective that he'll make a programme highlighting his greatest public failure in an attempt to understand it, and another so profoundly unconcerned with the truth. But Pisa is safe in the knowledge that he's giving the public what it wants, and that a reputation for taking pride in trivialising a woman's murder and destroying another's character isn't going to harm him a bit.

More:  Louis Theroux  Jimmy Savile  Amanda Knox  Nick Pisa  Documentary
Follow us on Twitter @The_Shiznit for more fun features, film reviews and occasional commentary on what the best type of crisps are.
We are using Patreon to cover our hosting fees. So please consider chucking a few digital pennies our way by clicking on this link. Thanks!