When Stuff Can Kill!

Serial killers are boring! Murderers are so over! The real cool killers aren't people at all, but everyday things that get possessed by spirits from the beyond. Here's a rogues gallery of the most deadly, brought to you by the makers of When Things Get Knocked Over, Spill, or Fall Out Of Cupboards. 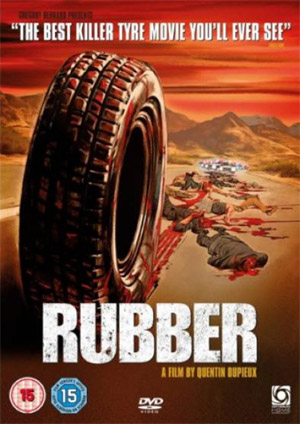 By now I'm sure you're well acquainted with Robert, the psychotic tyre who can explode heads just because he feels like it. Interestingly, given the film is by a Frenchman and the tyre's name is never spoken, we can assume that he's Robert, with a soft 't'. It makes him that bit more sophisticated. 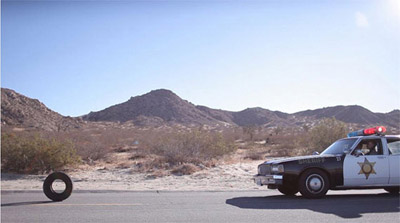 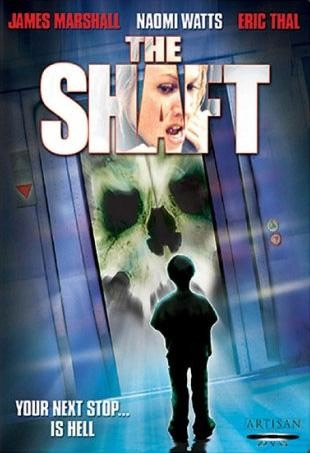 Nowadays she's a grade-A Oscar-botherer, but as recently as 2001, Naomi Watts starred in a movie about a killer elevator. Process that. This is a remake of a German film about a killer lift, which also stars Michael Ironside and Ron Perlman - we're already halfway towards scoring a line in B-movie bingo. A killer lift is still a shit concept though - because no movie villain should ever be thwarted by a sign that says 'Out of order'. 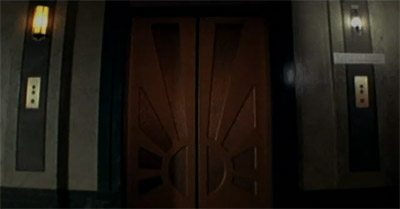 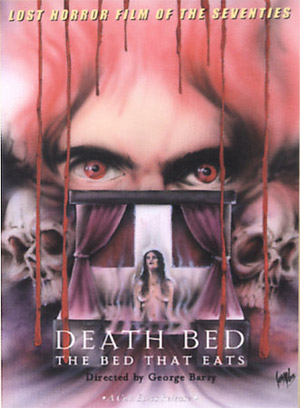 Beating A Nightmare On Elm Street to the concept of a deadly night's sleep by a full seven years - but somewhat missing the point - is this amazing sounding horror movie. Like the killer lift above, you'd think alarm bells would start ringing after the first few people died in it, but apparently not. Comedian Patton Oswalt joked he was writing a sequel called Rape Stove: The Stove That Rapes. Still sounds better than this. 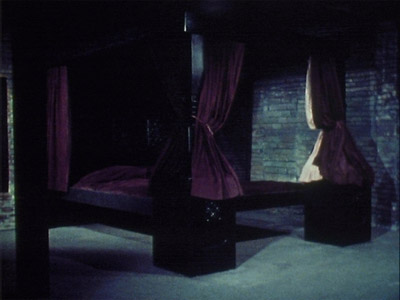 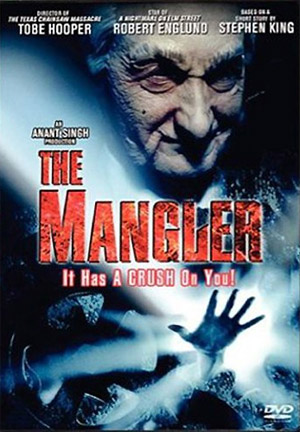 1995 - officially the year all the good Stephen King stories had run out. At this point, Stephen King had just started writing stories about possessed anythings - presumably there's still an unfinished draft about a killer ironing board somewhere in his office. Still, a mangle? Did people even still use them in the nineties? Just use a damn tumble dryer, you stupid hicks. 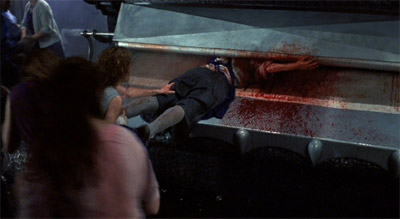 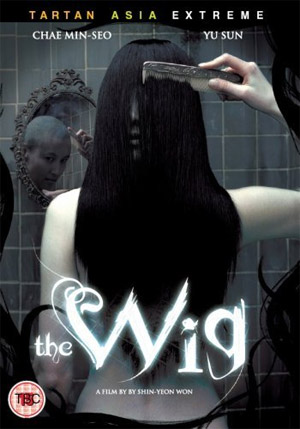 2005 - officially the year Korea stopped making good horror films. Imagine what the back-story to a film about a killer wig might be, and I can guarantee you'll be 100% correct. It surely can't be long before the equally ridiculous follow-up: The Merkin. 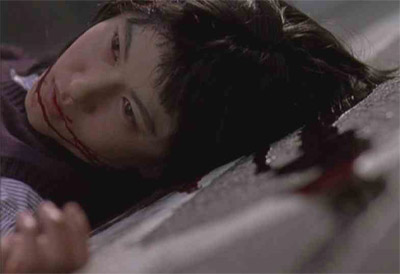 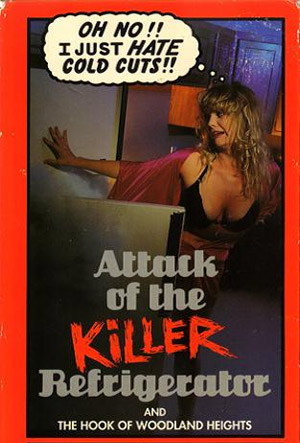 This is the official IMDB synopsis for this film: "A group of teenagers get drunk and abuse a hapless refrigerator. The machine then goes on a killing rampage, eating the ones who beat him up." I don't know where to begin talking about what's wrong with that. Besides, Indiana Jones taught us the fridges save lives, they don't end them. 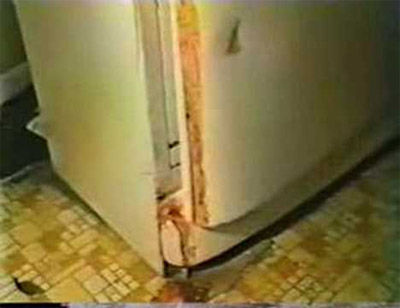 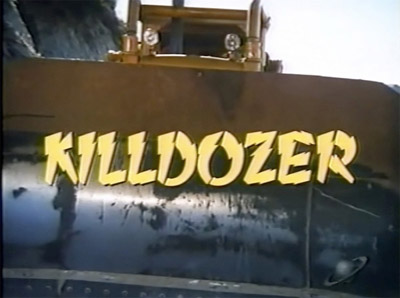 If you can find me a movie with a better title than Killdozer! (exclamation mark absolutely mandatory) then you're a goddamn liar. This particular bulldozer gets possessed by an alien meteor then killdozes all the construction workers who dared doubt its killdozing power. It's a killdoozy.

Tomatoes - Attack Of The Killer Tomatoes (1978) 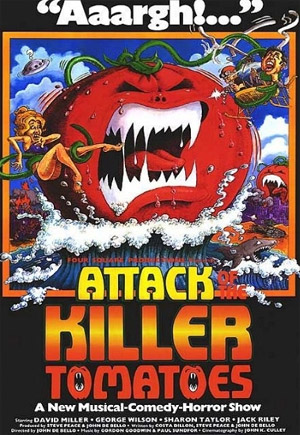 I've heard of but not seen the Killer Tomatoes series, so yet again I'll let IMDB's killer synopsis do the talking:

"
"
"After a wave of reports of mysterious attacks involving people and pets being eaten by the traditionally docile fruit, a special government task force is set up to investigate the violent veggies and put a stop to their murderous spree.

"Included in this crack team are a lieutenant who never goes anywhere without his parachute, an underwater expert who's never out of his scuba gear, and a master of disguise who conceals his appearance by dressing as a black Adolf Hitler."
Everything seems to be in order here. Carry on! 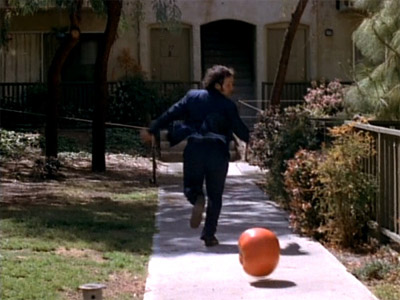 The very definition of a salad dodger.
A videotape - Ringu (1998)

I never quite could quite get over the fact that the source of evil in the Ring series was a videotape - something that, in a parallel universe, could have sat unused forever behind a stack of Steven Seagal DVDs in Blockbuster. Nonetheless, it spawned a host of sequels, an American remake (again starring Naomi Watts) and sequel to the remake. Stop watching the damn tape, idiots. 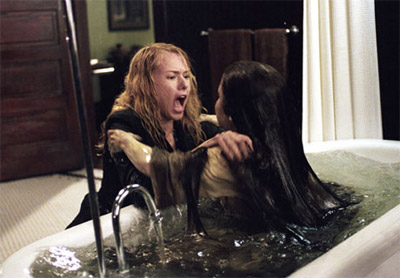 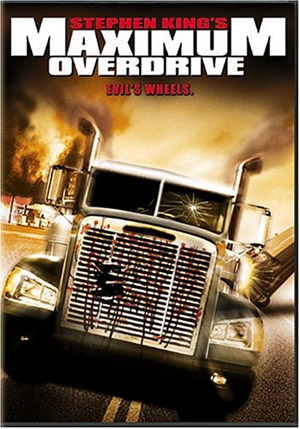 Another film in Stephen King's 'things what come alive' series, Maximum Overdrive takes King's own Christine and TRUCKERIZES it. Now, instead of one solitary Plymouth Fury doing the killing, it's a whole host of giant trucks. King, who also directed, was obviously inspired by Steven Spielberg's Duel, but as you can see below, added his own unique spin on the theme. 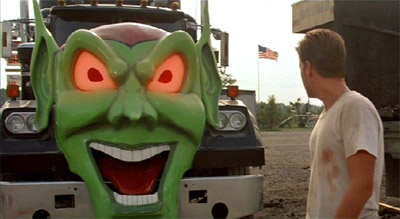 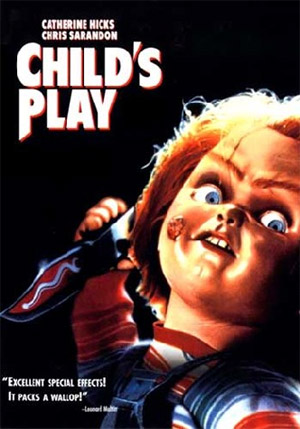 Inexplicably considered to be the root of all the world's evil back during the media furore over the Bulger killing, Child's Play just comes across as plain embarrassing today. Fortunately, in the scary killer doll genre, it just pips the equally naff Puppet Master franchise to the top spot by virtue of the fact no one at The Sun ever tried to stop people buying Puppet Master. 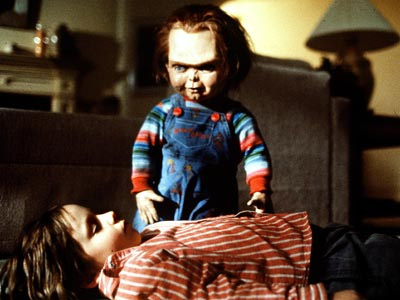 Hucknall would once again feast on the flesh of the young.
Baked goods - The Gingerdead Man (2005) 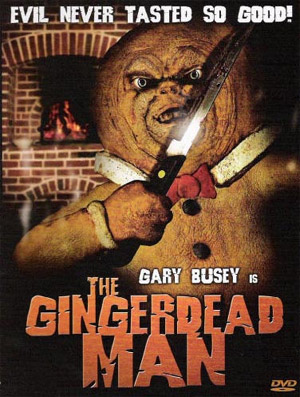 Almost inevitably, this story of a gingerbread man possessed by the soul of a convicted killer stars Gary Busey. Not only does it boast a sequel with the best subtitle ever (Gingerdead Man 2: Passion Of The Crust), there's a forthcoming 3D threequel in the works called Saturday Night Cleaver. Because clearly there's mileage in the evil confectionery sub-genre yet. 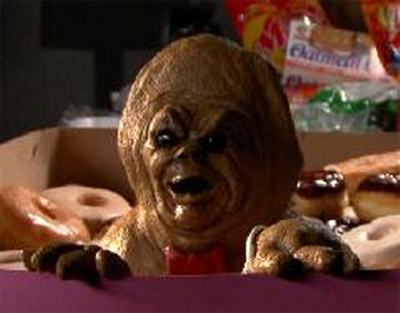 Oscar-nominated actor, Gary Busey.
Frankly, I could have gone on - I just found out about a movie called Evil Bong - but I won't. I think if I absolutely have to be murdered horribly, maybe I'd rather die by the hands of a plain old serial killer than a possessed toaster or an evil shoehorn or something.

More:  Rubber  Killer Objects
Follow us on Twitter @The_Shiznit for more fun features, film reviews and occasional commentary on what the best type of crisps are.
We are using Patreon to cover our hosting fees. So please consider chucking a few digital pennies our way by clicking on this link. Thanks!