Time to report on a movie trend that's more terrifying than any unnecessary helicopter or diagonal title treatment: the fact that spelling standards are seemingly slipping throughout the film industry – from props and in-film graphics to promotional materials, posters and beyond. This inability to use proper spelling and grammar is more damning to Hollywood than any film directed by Peter Berg ever could be.


I grew up the son of two teachers, so forgive the grammatical bee in my bonnet, but bad spelling really pisses me off. It's forgivable if you're a greengrocer (where a haphazard use of the apostrophe is a job requirement) or a punter flogging some tat in a newsagent's window, but I'm less inclined to ignore bad spelling and grammatical errors if you work for a multinational corporation and count your audience in the millions.

Here's the Avengers Assemble Blu-ray, sitting on my desk. It's only the biggest film of the year. "I wonder," I wondered, "if, given the terrible job Disney did at releasing the film in the UK – complete with a mangled title, a dearth of proper extras and the wrong cut of the film on the disc – there might be a typo in the blurb?" Hey, guess what?

Harumph. It's only a small error, but one that a half-decent sub-editor would pick up in an instant. For your reference, Avengers Assemble sold over a million DVDs and Blu-rays in the UK in its first week, each one a black mark against whoever wrote, approved and signed off that text.

Nowadays, these errors are fairly common. Magic Mike – a huge success in America and overseas – received blanket marketing in the US and the UK, yet a 30-second TV spot broadcast in the States still managed to contain a full-screen typo. Despite only containing eleven words.

Your boyriend may appear as inadequate as our proofreader.


A spelling error in marketing is one thing. A spelling error actually IN a film is another entirely. For example, did you notice the typo in the second biggest movie of the year? Christopher Nolan has a reputation for being a perfectionist, but even he didn't notice this stonking great spelling error in a newspaper prop in The Dark Knight Rises. 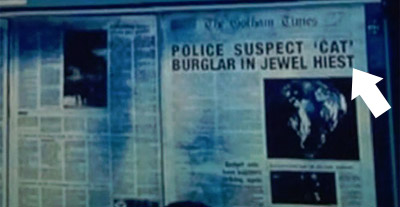 THIS ACTUALLY APPEARED IN A MOVIE IN A CINEMA


I shudder to think of how many high-ranking people that prop must have passed through before it made it onto thousands of cinema screens around the world. The propmaster. The cast members. The graphic artists. The editor. The director. Any one of the movie's nine producers. I can't begin to fathom how much damage the old adage has done: "I before E except after C" indeed. Someone sack The Gotham Times' sub.

Though such sloppiness is inexcusable, big tentpole studio pictures like Batman movies are up against the clock, so you can perhaps understand why quality control may not necessarily extend to the minutiae. But if that's the case, how do you explain the hack-job done on the Blu-ray release of Alfred Hitchcock's Frenzy? 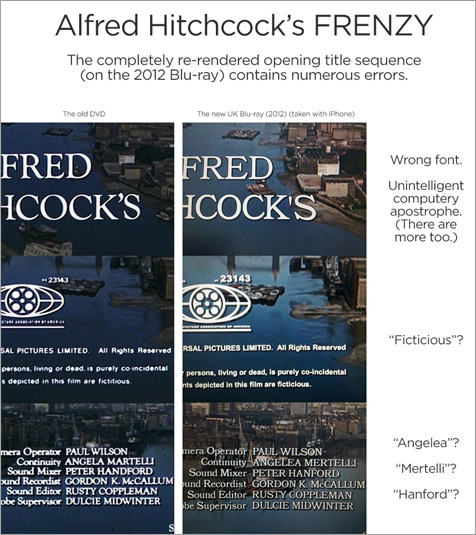 
The movie's opening credits are not only littered with typos like 'ficticious', but some actors' names are even spelled incorrectly. Surely even a cursory check would have highlighted these egregious errors? This is a case of someone taking something which once was right, and in 'improving' it, making it woefully wrong. You can guarantee the rights-holders for Frenzy won't be knocking themselves out to issue a re-authored version either.

If you think getting an actor's name wrong is unforgivable, how about citing a film via an incorrect title? In an odd show of tautology, the first poster for Neil Jordan's vampire thriller Byzantium proudly claimed to be 'From the filmmakers of Interview With A Vampire', apparently unaware that Jordan's movie concerns the grilling of the definitive article: it's an Interview With The Vampire, not just any old vampire. I can understand Neil not getting a look at his own movie's poster – it was hastily deleted and replaced with the corrected version – but of the two film names on the one-sheet, 50% of them were wrong. YOU HAD ONE JOB, POSTER GUY. 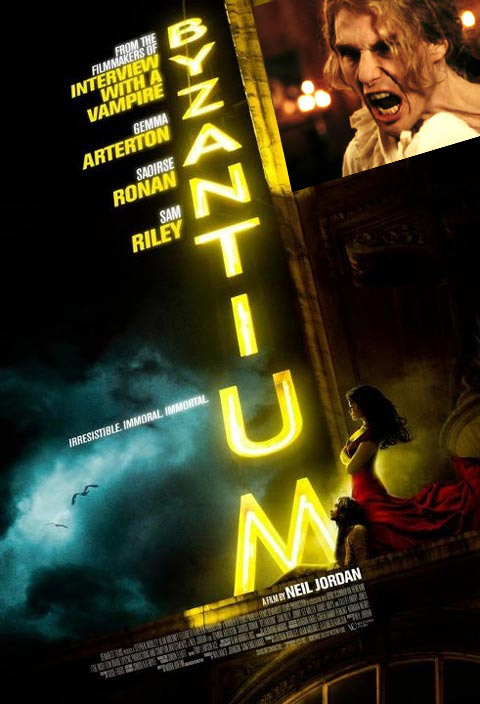 I'm aware that blaming 'Hollywood' for these errors is a bit like blaming Steven Spielberg when your Jurassic Park DVD gets scratched from overuse (random example), but marketing departments act as an extension of the studios and an extension of the talent: bad spelling reflects poorly on everyone. No one enjoys looking like a dunce.

Whether it's Quentin Tarantino 'intentionally' misspelling "Inglourious Basterds" on his cover-sheet or just an intern not paying proper attention when typing up copy, spelling mistakes are the easiest way to show an audience you don't respect their intelligence. Frankly, it makes all involved look like a bunch of cnuts. Sorry, typo: cunts.

More:  Top10  Typos  The Avengers  Speling Errors  Serious Corner
Follow us on Twitter @The_Shiznit for more fun features, film reviews and occasional commentary on what the best type of crisps are.
We are using Patreon to cover our hosting fees. So please consider chucking a few digital pennies our way by clicking on this link. Thanks!