Why I Love... Peter Falk in Made

With Peter Falk's sad passing last week, I thought it was about time I reposted this, a feature I wrote back when I was working on Hotdog magazine in 2006. Falk is of course better known as unshakable TV detective Columbo, but I always loved his character in Jon Favreau's Made, a kind of quasi-sequel to Swingers. Here's a few hundred words on why.


"I've got news for you," warns a character early on in Jon Favreau's Made. "Max isn't the sweet old guy you think he is." When we first enter the warm, welcoming office of Peter Falk's Los Angeles crime lord, we've no reason to believe he's anything other than a kind, gentle old man who runs the game the way it used to be run; with manners, style and good grace. "Do you like ponies?" he asks of Favreau's bruiser Bobby, in a frail whisper, launching into an anecdote about horses, which, in typical elderly fashion, is absent-mindedly recalled and without a point. 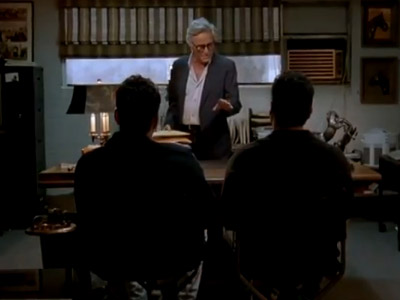 "Which one of you is responsible for Fred Claus?"


Bobby is in trouble, this much we know – he knocked out a rich asshole's tooth while working as a bouncer – but he's put at ease by his employer, even when he's told his amateur dentistry and "gorilla horseshit" cost eight grand to put right. Cuddly ol' Max, known affectionately as 'Maxie', couldn't hurt a fly, right?

Wrong. When Bobby dares to talk in a heightened tone, he inadvertently lights Max's blue touchpaper without standing well back. "Hey, is this a fuckin' democracy?" he explodes, belying his seventy-odd years of age. "Who the FUCK do you think you're talkin' to?" What the… Did TV's favourite one-eyed detective just drop an F-bomb? Bobby has no choice but to stand there, shuffling his feet like a scolded schoolchild as he has his hair dried by the apoplectic geriatric. He's feeling the wrath of mad Max, the mob boss with a short shrift for Swingers. 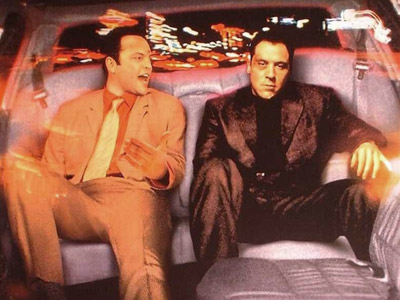 Dressed in a sharp suit with a healthy thatch of wavy silver hair, thick-rimmed glasses and the top few buttons of his shirt left wide open, Max looks like he hit the Vegas hotspots himself in days gone by, but gambling is too risky: the smart money is in organised crime, whether it be fixing horse races, racketeering or setting up mysterious cash drops in New York.

Bobby, a "big guinea with a busted face," is picture perfect for a background role in such illicit activity, so together with his hapless best friend Ricky Slade – another Vince Vaughn motormouthed creation – Max begrudgingly agrees to fly out his brand new heavies to the Big Apple on the proviso they do as they're told. [Watch the entire scene here].

Ricky, a job-shy chancer who's been riding Bobby's coattails for years, has history with his new boss. "Do you see a pattern forming here?" Max asks him with barely-concealed belligerence, simmering fire in his eye and a look that could turn Medusa to stone. "I don't understand why you're picking on me," offers Ricky meekly, unwittingly throwing a match onto the coals. 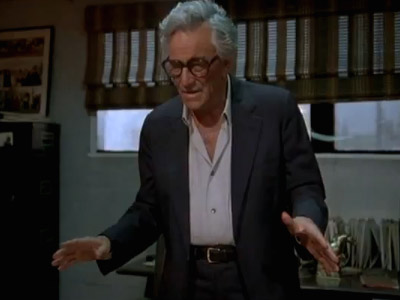 
"BECAUSE YOU LOST MY CARPET CLEANING VAN… AND I DON'T LIKE YOU, YOU COCKSUCKER!" comes the atomic response. Did Columbo really just say 'cocksucker'? Such behaviour is not expected of a mid-afternoon television regular - it's like seeing Quincy touch up a hooker or watching Dick Van Dyke kick a tramp to death. Vaughn, for perhaps the first time in cinema history, is lost for words.

Predictably, the pair are horrible at remaining inconspicuous and almost sabotage the job, largely thanks to the antics of the slick-suited Slade. Leaving a trail of destruction behind him, Ricky's exploits include; fighting with Bobby; calling their contact by his secret codename ("You must be the Red Dragon!"); throwing drinks in hotel concierge Sam Rockwell's face; turning up to the drop carrying a starter pistol; spouting lame 21 Jump Street-type lingo and generally being about as 'gangster' as Shane Lynch. 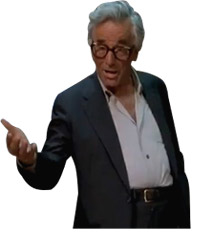 However, thanks to a last minute reprieve from their driver Jimmy, the job is completed and the guys return home to find that Max, the wily dog that he is, was merely testing their mettle. Shaken by his Soprano-lite adventure and the realisation that, in all probability, cuddly old Maxie has been slipping it to his girlfriend, Bobby squares his debts and leaves a free man, leaving Ricky and his now ex-boss to shoot the breeze. "A lot going on," points out the thin white dork, lighting a cigarette casually. "But then there always is, isn't there?"

Max, sporting an incredulous stare, can only mutter "Get the fuck out" to stop himself from committing murder, adding in typical Falk fashion, just one more thing: "Asshole." It doesn't take a detective of Columbo's ability to realise he really isn't the sweet old guy we thought he was.

More:  Why I Love  Peter Falk  Made  Jon Favreau  Vince Vaughn
Follow us on Twitter @The_Shiznit for more fun features, film reviews and occasional commentary on what the best type of crisps are.
We are using Patreon to cover our hosting fees. So please consider chucking a few digital pennies our way by clicking on this link. Thanks!