Won't somebody save Josh Holloway?

Sabotage, Arnold Schwarzenegger's latest aborted attempt at a movie comeback, came and went to UK cinemas this weekend, the Governator's terrifying inability to scare up an audience being perhaps the only noteworthy thing about it. Scan down the cast list, however, and you'll notice there's a special guy tucked somewhere between Terrence Howard and that woman off The Killing on the billing: his name is Josh Holloway, and he deserves more than this.


In true JJ Abrams style, let's flashback to 2004 and the amazing first season of Lost: it was the very definition of watercooler television, and it was Holloway who provided the cool. As chief rogue Sawyer, complete with can't-be-tamed hair and can't-be-arsed stubble, Holloway was Lost's biggest draw, at least compared to goody-goody Dr. Jack and flip-flopper Kate. But while Matthew Fox is at least making a fist at a leading man career in the likes of Emperor and Alex Cross, and Evangeline Lilly has guaranteed a comic-convention pass for life with her involvement in The Hobbit trilogy, Josh Holloway continues to languish in that negazone of fame: the fourth/fifth-billed star, a charismatic actor in desperate search of a vehicle to suit his talents.

The reason I worry for Holloway is not just because he barely features in the promotion for Sabotage - or that his character seems to be called 'Neck' - but because he is getting work; it's just not the calibre of work he's worthy of. Josh Holloway is currently starring in a TV series called Intelligence, which sounds like the kind of generic crap only your Mother could love. Try reading this Intelligence synopsis without rolling your eyes:

"
"
"A drama centered on a high-tech intelligence operative who is enhanced with a super-computer microchip in his brain, and the director of the elite government cyber-security agency who supports him." 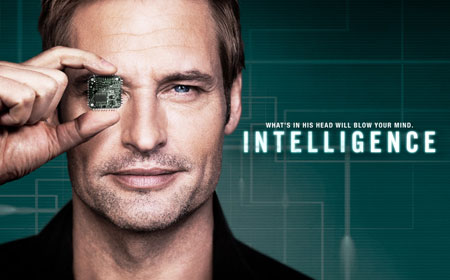 If it hasn't already been cancelled, I guarantee it will have been by the time you finish this sentence.

You can only imagine how thrilled I was by Holloway's appearance in the marketing for Mission: Impossible - Ghost Protocol back in 2011. Finally, a break! JJ Abrams knew the value of this guy's appeal! He's sly and cool and charming and funny, perfect for a Mission: Impossible movie and OH FUCK he's already dead. Holloway is literally killed in the opening minute of MI4, shot in the stomach like a chump by a lesbian. Again, in typical Abrams style he gets a flashback, but tragically he doesn't get his life back. And yet Simon Pegg lives to become a field operative. Where's the justice?

Other recent post-Lost roles of note? The 'coach' role in Battle Of The Year, a turgid dance movie featuring Chris Brown and another lost Josh, Peck. He played 'Agent Gamble' in Paranoia, a straight-to-DVD thriller starring Harrison Ford and Gary Oldman (that's not so b-), in which Holloway was billed below even Lucas Till and Julian McMahon (...ah, there it is).

He made a TV movie about breast cancer which no one saw, cameo'd in Yo Gabba Gabba! and played a wino in a Hilary Duff movie. He provided a voice for videogame Command & Conquer 3: Tiberium Wars. And in the time it took you to read this far, Intelligence was probably cancelled, picked up by Netflix and then cancelled again. The sole high point was his ace cameo in Community's paintball episode; that equates to a half hour (plus that one MI4 minute) of worthwhile, post-Lost entertainment. For shame. 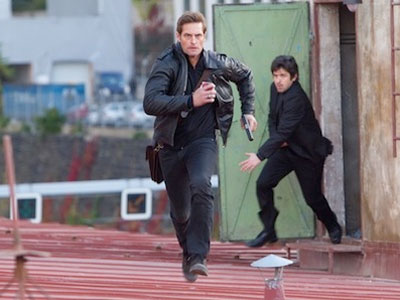 But what a minute.


I can only assume Hollywood are suffering from some sort of mad bout of collective blindness, where casting directors are unable to recognise his talent. Maybe in the big red binder of available actors that gets passed around, his name is obscured by a staple. Maybe he's actually a total Sawyer-esque dick in real life and slept with the wife of every studio executive in Hollywood. Or maybe Josh Holloway isn't quite robust enough to play a leading man, isn't ugly enough to play support and is too damn likeable to play a villain. Where does that leave him? Tied for fourth billing with the stripper from Magic Mike in another Arnie flop. That's where.

This must end. At present, Holloway is a TV actor who's surely one smart decision away from finding his perfect movie role. I'm sure everyone on Lost auditioned for Star Wars: Episode VII, even Paolo and Arzt and Mikael with the eye-patch, but can't you see Josh Holloway as a handsome space bastard in the same vein as his Paranoia co-star Harrison Ford? A sass-mouthed charlatan capable of cutting through that sexless Jedi bullshit? It's an archetype JJ Abrams would be wise to replicate, although he'd probably have him cut in half by a lightsabre in the opening nano-second.

On a similar tip, there's still a vacancy in the lead role for the Uncharted movie adaptation: one strapping, quick-witted male adventurer required, must be comfortable with swarthiness, wisecracks and a hit with the ladies, experience with mystical islands preferable. Gee, if only we knew someone who fit the bill? (And no, fanboys, no one really wants to see Nathan Fillion play Nathan Drake. He already had his Harrison Ford role in Firefly, any more would just be greedy).

Can we trust Marvel to make another casting coup? They've consistently picked underrated, undervalued actors for their lead roles and it's a tactic that's paid dividends so far - Robert Downey Jr and Chris Hemsworth will testify to that effect. If Josh Holloway is too straight a fit for Dr Strange, then surely Fox must have him in the frame for Gambit, assuming that the Channing Tatum rumour is just a pipe-dream and Taylor Kitsch's casting was just a nightmare? Just imagine, ladies: Josh Holloway, doing what Josh Holloway does, but talking French. I think I can hear the superhero gender demographic lilting into a more profitable quadrant as I type.

From the looks of things, Holloway too got tired of waiting for the right role to come knocking: hence parts like 'Neck', where he has to battle for oxygen with Sam Worthington. It's a misdeed that needs to be overturned: we cannot sit idly by as guys like Holloway sit on the sidelines while new made-to-order Hemsworths roll off the production line straight into blockbusters. Let us entertain the vague hope that, like Sawyer, Josh Holloway is playing the long game - waiting patiently for his time to come, whereby he'll cash in his chips on a big win.

He certainly won't be doing that with Intelligence, by the way. It's just been cancelled.

More:  Josh Holloway  Sabotage  Mission Impossible
Follow us on Twitter @The_Shiznit for more fun features, film reviews and occasional commentary on what the best type of crisps are.
We are using Patreon to cover our hosting fees. So please consider chucking a few digital pennies our way by clicking on this link. Thanks!