Why are they looking so disgruntled? Maybe it's the realisation that they are on the brink of a change in the evolution of mankind. Or maybe they're balking at the eye-wrenchingly amateurish posters that have just been released for the film.


Poor X-Men: Babies - while the trailer and stills for the film look promising, the movie's marketing department haven't quite got the hang of how to show the link between this prequel and the existing trilogy of X-Men films. We've had badly photoshopped banners, and we've had poorly executed puddle pictures, but now it's time for a new range of…Face-Groin posters! 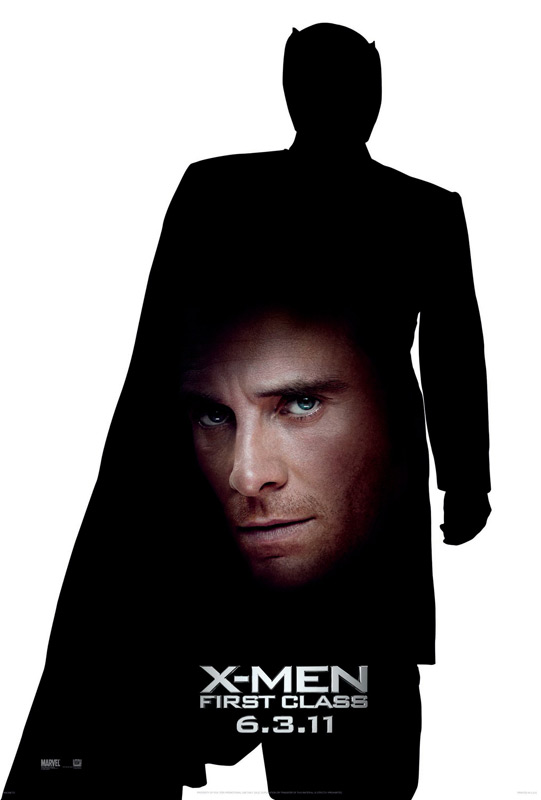 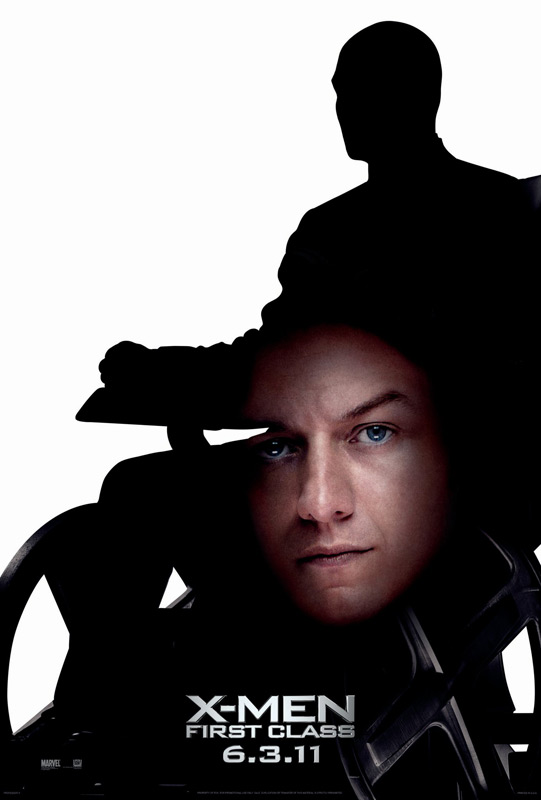 But, while these are an obviously sub-shit standard of piss-poor promotional materials, you have to wonder what was rejected for these abominations to hit the internet. Luckily for you, we've managed to get our hands on the other suggested posters, along with their pitches. I think you'll agree, any one of these is just as good as the above.
Comic-book counterparts

“Statistics show that comic-book fans are the cinemagoers most likely to enjoy comic-book films so it's important to make sure they know Professor X and Magneto started off as drawings, and that now they are James McAvoy and Michael Fassbender. Their comic-book origins are also represented by the font.” 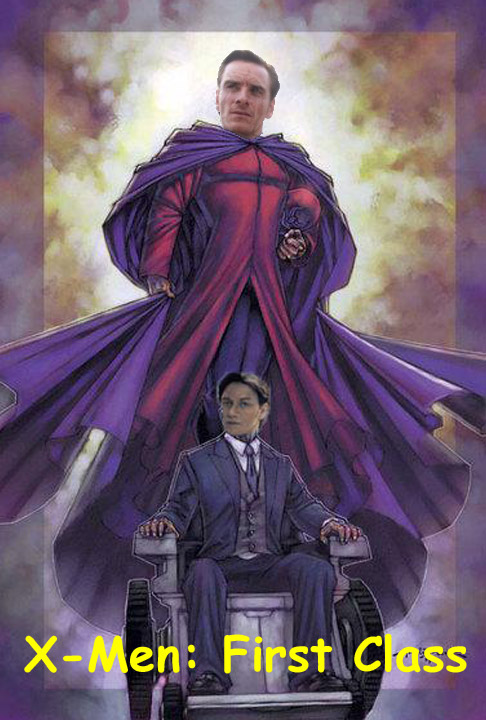 The future is in his eyes

“Professor X can see the future, right? Well, what if the future he was seeing was his own - and he saw himself as Patrick Stewart? Clever, eh? Wait, he's tele-what?” 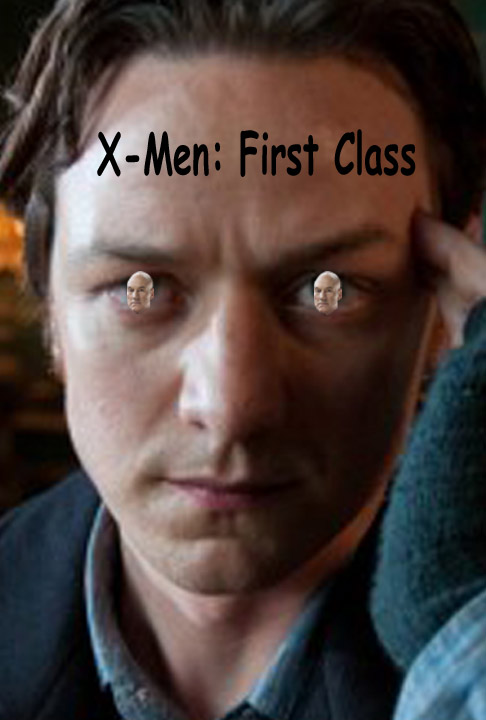 “Magneto was in the war, right? It says so at the start of that other movie they made. So here's a picture of Magneto, in a Nazi uniform, but wearing his helmet. That's foreshadowing.” 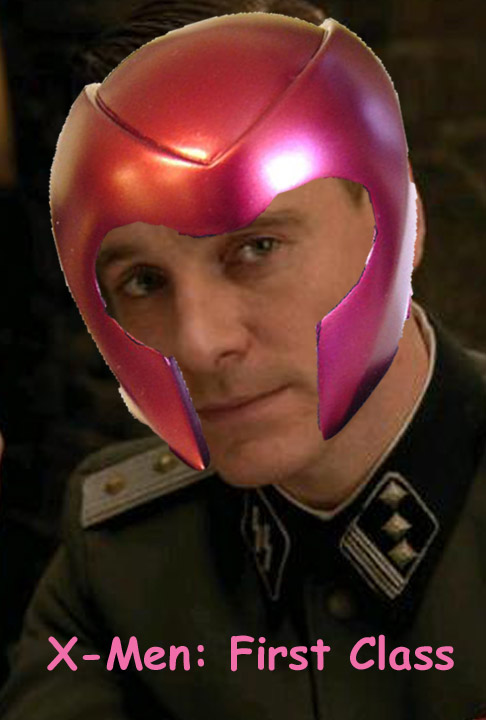 The future is in his wheels

“I see this story, not so much as the discovery of mutations within human DNA, but as one man's tragic story about losing the use of his legs. So here's James McAvoy's face in Professor X's wheel, because when he gets older, he will become trapped within the confines of a wheelchair. This poster also subtly hints at the merchandise range we have planned.” 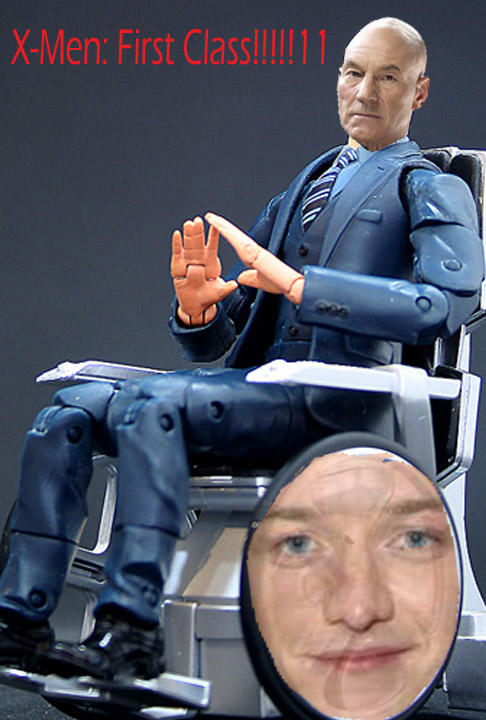 The First Class of X-Men

“It would be a missed opportunity if we didn't exploit the fact that James McAvoy and Michael Fassbender have both appeared in Oscar-winning films. Stick a random woman on the poster too for sex appeal and we have ourselves an intense but enticing poster for…wait, what's this film again?” 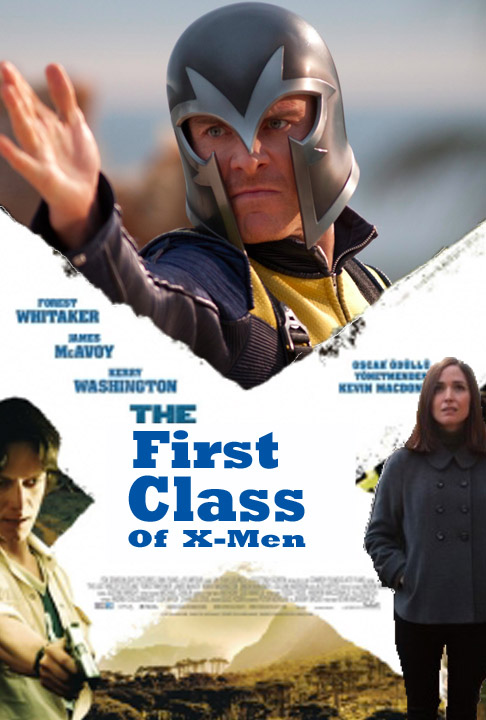 More:  X-Men First Class
Follow us on Twitter @The_Shiznit for more fun features, film reviews and occasional commentary on what the best type of crisps are.
We are using Patreon to cover our hosting fees. So please consider chucking a few digital pennies our way by clicking on this link. Thanks!