Welcome to another edition of You Ain’t Seen Me, Right?, the weekly feature that throws aside its copy of Halliwell’s Movies That Matter saying “Ha! I re-write you!” .

You Ain't Seen Me, Right? is brought to you by Daniel Palmer, of Part-Time Infidel web fame. He’s what happened when Harry met Sally. 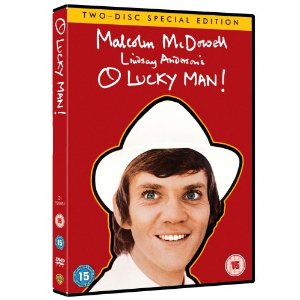 Lindsay Anderson emerged from the stark social realism of the British New Wave to become one of the country’s most daring and diverse cinematic voices. His debut film, This Sporting Life (1963), is one of the purest expressions of the adventurism and pluralism that gripped British cinema, featuring a career-defining central performance from Richard Harris. Next was If... (1968); a mordant satire of the public school system that encapsulated the growing mood of disenchantment amongst the world’s youth. O Lucky Man! is the second of a trilogy that includes If... and Britannia Hospital (1982), with Malcolm McDowell as their hero, Mick Travis.

Fresh from his first-rate education, Travis takes a job with Imperial Coffee, which exports Nigerian coffee back to Nigeria. When one of their salesmen goes AWOL, Travis assumes responsibility for sales in the North-East. This sudden promotion sets Travis on a journey through a country coming to terms with its fall from imperial grace, driven by internal unrest and gripped by Cold War paranoia; Travis rationalising any obstacle to what he believes is his illustrious destiny. 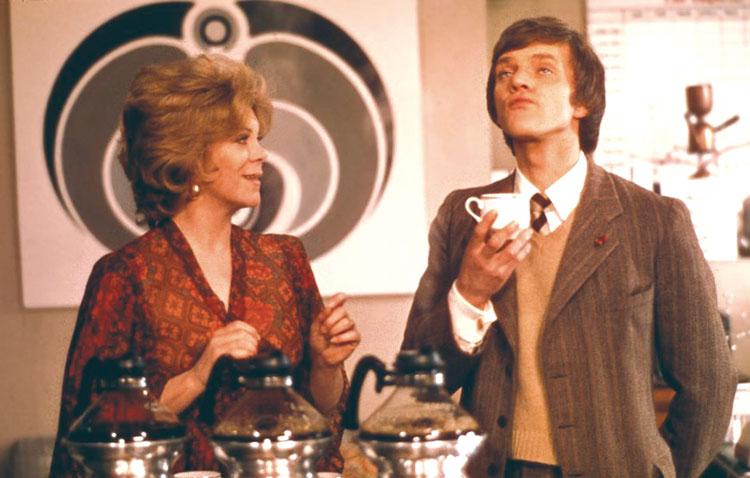 McDowell was clearly off his tits during most of the filming.

Anderson was amongst the first exponents of the ‘meta’ form that has since become a convention, presenting a version of reality informed by movies and a Dadaist streak, harnessing various Brechtian distancing techniques. This impulse reached its apotheosis with O Lucky Man!: a ribald, picaresque parable of ambition that levels its satirical sword at science, religion, commerce, politics and the military with equal vigour. Miroslav Ondrícek’s hazy photography accentuates the fantastical nature of this allegorical landscape, while the sound design adds texture and provides context. The narrative is broken up by scenes of Alan Price performing songs from the soundtrack, the former member of The Animals offering a précis of the film’s conceptual concerns.

Many of the characters from If... recur, part of a repertory that plays multiple roles: this decision may have been more fiscally than artistically motivated; the famous story goes that the decision to shoot If... in both black and white and colour - heralded as an act of creative bravery - was simply a matter of the budget not extending to enough colour stock. The cast is a mix of familiar faces from British TV - Arthur Lowe, Dandy Nichols, Warren Clarke, Geoffrey Palmer, Bill Owen, James Bolam, et al. - and venerable names from the stage, which provides a pleasing disparity. Mick is a ruthless, cunning outsider, a pilgrim possessing unassailable reserves of self-belief; he is able to fake his way into the upper echelon of the establishment and overcome everyday corruption on empty charisma alone. It is a role for which a young McDowell was tailor made.

O Lucky Man! is a film unlike any other, displaying a visual and structural audacity beyond the ken of most directors, a lasting testament to Anderson’s unique vision. Like Mick, Anderson had a gift for getting under the skin of society, from the Old Boys’ Network to hoi polloi; puncturing the veneer of probity and plunging into the mire of turpitude that bubbles beneath it all.
Malcolm McDowell. Now there’s an actor whose career just went from strength to strength. More from You Ain't Seen Me, Right? next week.