Coffee at the ready? Dictionary in easy reach? Appetite for furthering your film knowledge not yet dwindled? You Ain't Seen Me, Right? brings you the very best of the barely known.

You Ain't Seen Me, Right? is brought to you by Daniel Palmer, of Part-Time Infidel web fame. He even critiqued the home video of his own birth…as it was being filmed. 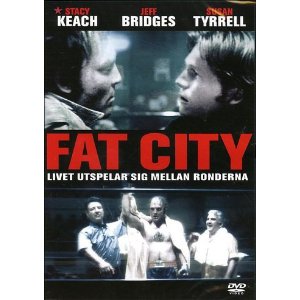 In his 40-year career behind the camera, John Huston combined pugnacity and precision with a painterly aesthetic to become one of the undisputed masters of screen craft. Son of Walter, father of Danny and Angelica; Huston is best known for his partnership with Humphrey Bogart, with whom he made six films, but his body of work encompasses a staggering array of genres: film noir, literary adaptation, biblical epic, war film, musical, western, comedy and some that defy easy categorisation; there seemed to be nothing beyond his grasp. A roguish, avuncular figure and a gifted raconteur, it was inevitable that Huston would move in front of the camera, most famously as the nefarious Noah Cross in Chinatown (1974).

Fat City can rightfully lay claim to being the film that renewed interest in the boxing genre; but unlike the triumphalism of Rocky (1976) or the mawkishness of The Champ (1979), it honestly depicts the detritus of a cruel business, those permanently stuck on the bottom rung or discarded when they have served their purpose.

Billy Tully (Stacy Keach) is a washed-up former pro boxer who has exhausted every other option but making an ill-advised return to the ring. At the local YMCA, Billy spars with Ernie Munger (Jeff Bridges), a teenager who is 'just fooling around' and has no desire to get into the fight game. Billy sees potential in Ernie and urges him to visit his former coach, Ruben (Nicholas Colasanto), who takes Ernie under his wing. As Ernie makes his steady ascension through the amateur ranks, Billy slides further into an alcoholic stupor; his hopes of a successful comeback slipping away as he becomes embroiled in a tempestuous relationship with Oma (Susan Tyrrell), a fellow barfly, and takes a series of menial jobs to keep him in drink. 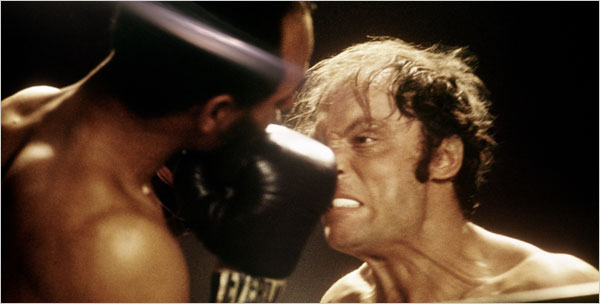 Keach delivers a devastating central performance; totally inhabiting the role, his body language capturing Billy’s mental and physical breakdown, loaded with sadness, regret and resignation. Even at this early stage in his career, there is an ease to everything Bridges does that cannot be taught; he makes the articulation of complex emotions look effortless. Best known as Coach from Cheers, Colasanto serves to explore an issue that had hitherto only been hinted at: the underlying racial component of the 'Sweet Science'. Ruben is thrilled to have a white boxer he can get behind, and bills him as Irish to give him a clearer ethnic identity.

As a former amateur boxer himself, Huston no doubt drew on his own experiences of fleapit venues, bloodthirsty crowds, broken down veterans and fresh-faced rookies; there is an authenticity to the representation of this milieu that comes from seeing it firsthand. Fat City is composed with Huston’s customary élan, every shot a work of art in its own right. Huston intricately planned every set-up, arranging them in such a way that packed the frame with detail and kept movement to a minimum. The fight sequences have the gritty immediacy of classics like Body and Soul (1947) and The Set-Up (1949); they are painful to watch at times, Walter Thompson’s editing lingering on gruesome close-ups of the combatants' mangled faces; there is no slow-motion or swelling strings, just the sound of glove against skin and the roar of the crowd.
Hmm, sounds like a great boxing movie but, in the long run, I wonder whether it's this or Real Steel that will remain the nation's favourite. More from You Ain't Seen Me, Right? next week.