Welcome to another edition of You Ain’t Seen Me, Right?, the feature that reminds me every week that what I don’t know about cinema I can just about squeeze in the Grand fucking Canyon.

You Ain't Seen Me, Right? is brought to you by Daniel Palmer, of Part-Time Infidel web fame. Every photo that has ever been taken of him inexplicably comes out with a poster tagline on it. 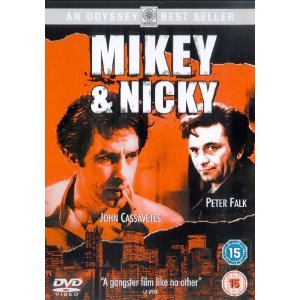 Elaine May’s directorial career was irreparably damaged by Ishtar (1987); what began as a modest screwball romp turned into a nightmare of rampant egos and spiralling costs. Ishtar became a byword for flop, a bloated mess that was hijacked by its highly-strung stars - Warren Beatty and Dustin Hoffman - who were too valuable to shoulder the blame. May took the bullet for its failure, but in an industry that judges women by a higher standard, she didn’t make things easy for herself.

The chaos of Ishtar was not without precedent: Mikey and Nicky ran almost a year over schedule; May used almost 1.4 million feet of film, shooting hours of improvised takes. Paramount ran out of patience and fired May; rehiring her when she refused to hand over the negative and successfully suing her for final cut. It was only through her friendship with Beatty that she got another chance.

Nicky (John Cassavetes) makes a frantic phone call from a hotel room to his old friend Mikey (Peter Falk), informing him, ‘I’m in trouble’. Mikey rushes over to find Nicky a nervous wreck racked by pain from an ulcer. Nicky divulges that he has stolen money from a local gangster who he believes has put out a contract on him. Setting off into the night, Mikey and Nicky’s friendship is tested to the limit as they are pursued by a banal, parsimonious hitman (Ned Beatty). 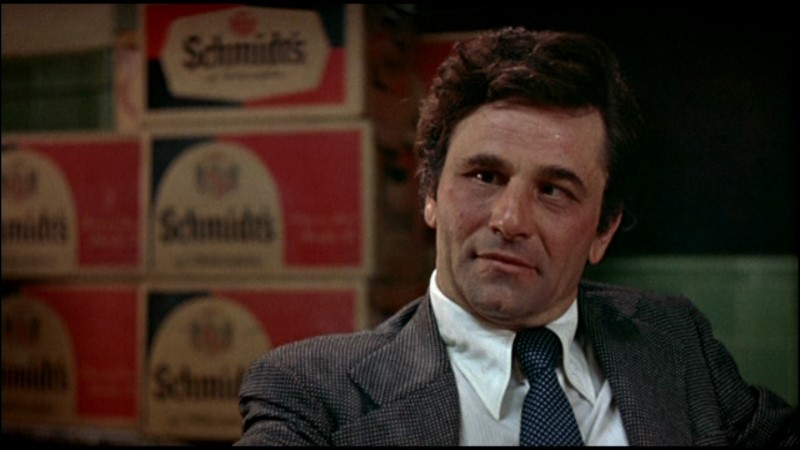 If there is a better picture of Peter Falk’s home and away eyes, I am yet to see it.

As trying as May’s laborious shooting set-up must have been, the chemistry between Falk and Cassavetes - long-time friends who worked together on films like Husbands (1970) and A Woman Under the Influence (1974) - shines through. In lesser hands, the lengthy, dialogue-heavy takes could have been interminable; but there is a palpable sense of comfort that makes Mikey and Nicky’s onscreen dynamic believable. Two supremely naturalistic performers with impeccable instincts, Falk and Cassavetes carry the film’s slender premise and invest every scene with its own drama; their interaction hinting at a fraught back story, every gesture and inflection rife with meaning. Cassavetes ably conveys Nicky’s mercurial mindset, moments of clarity bursting through the fog of confusion; while Falk is at his world-weary best; repulsed by, yet slightly envious of, his friend’s solipsistic ways.

Though she demanded a great deal from her leading men, May also gave them free rein to explore every facet of their characters; an approach that resulted in some gripping interplay and telling non-verbal moments - as when Nicky looks over at Mikey and sees something in his friend’s eyes that makes him want to flee, his demeanour changing completely. May’s camera hangs back and allows the performances to take full flight, setting a conversational tone and mixing a noir aesthetic with a neo-realist rawness that owes much to Cassavetes’s own films.

What is lost in the tales of litigation and recrimination is that Mikey and Nicky, while flawed, is worth seeing to witness the conviction with which Falk and Cassavetes tackle the title roles; two men learning some painful lessons about themselves as they wander the deserted streets.
Poor Columbo. More from You Ain't Seen Me, Right? next week.