Bringing an air of intelligence and credibility to the otherwise tawdry puns and innuendos filling the pages of this site, You Ain't Seen Me, Right? is our weekly feature that highlights a film you probably haven't seen before and explains why it deserves your attention. Unless you have already seen it, in which case…um…as you were.

You Ain't Seen Me, Right? is brought to you by Daniel Palmer, of Part-Time Infidel web fame. He lives and breathes cinema to such an extent that his entire existence is just a series of montages. 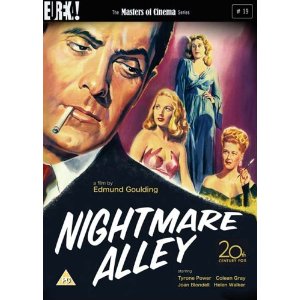 Multi-talented Brit Edmund Goulding moved to America in the silent era, starting as a writer then becoming a director - working with iconic leading ladies like Garbo, Crawford and Davis. Tyrone Power was one of the most popular romantic and heroic leading men of Hollywood's golden age, starring in the likes of Marie Antoinette (1939) and The Mark of Zorro (1940). He and Goulding had worked together before, but neither of them had any track record in film noir before embarking on this adaptation of William Lindsay Gresham's novel. Power saw this role as his ticket to legitimacy, his big opportunity to break away from the swashbuckling roles with which he had become synonymous.

Stan Carlisle (Power) is an ambitious sidekick to Zeena (Joan Blondell), a carnival mentalist who was once in a top act with her husband, Pete (Ian Keith). Zeena and Pete developed a foolproof system for conning ‘rubes' but Pete's alcoholism put paid to that. Zeena teaches the system to Stan and Molly (Coleen Gray), a young acrobat with whom Stan has begun an affair. Stan and Molly marry and begin using Zeena's system to great acclaim. Stan becomes involved with Lilith (Helen Walker), a corrupt psychologist with whom he colludes to stage his biggest con - to convince the world he can communicate with the dead. 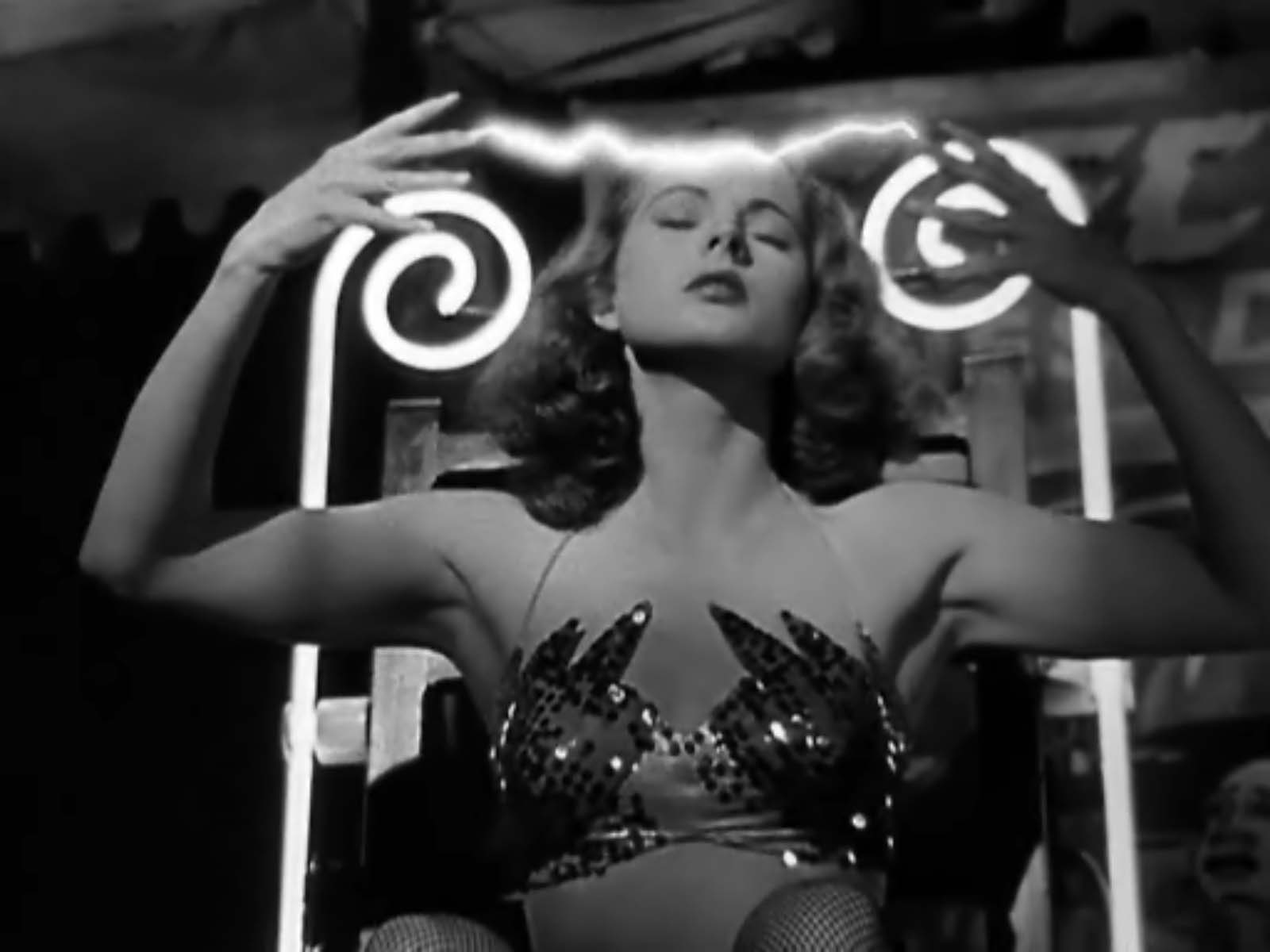 As if to compensate for Goulding's lack of experience, Nightmare Alley was lensed and written by two veterans of the genre. Jules Furthman was a master of writing salacious material without incurring the wrath of censors, penning the steamy exchanges between Bogart and Bacall in To Have and Have Not (1944) and The Big Sleep (1946). Lee Garmes was the cinematographer on seminal proto-noir gems like Scarface (1932) and Shanghai Express (1932), for which Furthman was also the writer. Their influence is apparent in the film's tone. Garmes' photography casts dense blocks of shadow onto faces and bodies, imbuing the inert confines of the soundstage with an overwhelming gloom, dramatising the thematic darkness of Furthman's screenplay, which is a tour de force of subtlety. Goudling's compositions bring a painterly elegance to this brutal light and shade, lending it an almost gothic quality.

Power was never more unheroic than as this libidinous, manipulative drifter; an orphan with a scorn for faith, raised in reform school and perfectly at home among the charlatans and rogues that populate the carnie circuit. Walker makes for a most unorthodox femme fatale, as there is no implication of a sexual component to her relationship with Stan. Her power derives not from her sexuality, but her intellect, skewing the whore/angel dichotomy on which most noir depictions of women are predicated. Gray is perfectly cast as the ingénue wrapped up in the tawdry glamour of the bright lights and entranced by Stan's glib charm.

Nightmare Alley explores the extent of our susceptibility to superstition, how we ascribe meaning to signs and portents, seeing patterns where there are none, allowing our emotions to be exploited by a variety of quacks and hucksters.
Now Step 2 of the plan is to buy a copy of this film, watch it at home with a date and wait for them to swoon as you repeat memorised phrases like “Goudling's compositions bring a painterly elegance to Garmes' brutal light and shade”. You can't fail. More from You Ain't Seen Me, Right? next week.