You Ain’t Seen Me, Right? is the weekly feature that reanimates an old , obscure film fossil until it staggers around, groaning with arms outstretched trying to eat your brains. What? It’s a metaphor.

You Ain't Seen Me, Right? is brought to you by Daniel Palmer, of Part-Time Infidel web fame. Whenever anything dramatic happens in his life, a BRAAAHHM inception horn is automatically sounded out of nowhere. 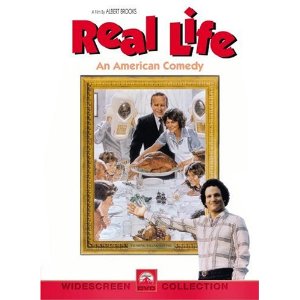 Albert Brooks may not be held in the same esteem as Christopher Guest, Mel Brooks or Woody Allen, but he is a comic auteur who deserves to be considered in the same breath as such luminaries. As a stand-up, Brooks developed a unique brand of sardonic ‘meta’ humour, and was part of the legendary first cast of Saturday Night Live. His acting credits include Taxi Driver (1976), Broadcast News (1987) - for which he earned an Oscar nomination - and Out of Sight (1998), and he has leant his vocal talents to Finding Nemo (2003) and The Simpsons on a regular basis.

Brooks’ debut directorial effort set the tone for his following films: satirical and thought-provoking while retaining a keen sense of the absurd; addressing weighty social, political and philosophical concerns within the parameters of film comedy, an approach exemplified in films like Lost in America (1985) and Defending Your Life (1991).

The Yeagers from Phoenix are chosen to star in a film that will capture the reality of the average American family, directed by ambitious documentarian Albert Brooks. Scientifically determined to be the definition of convention and congeniality by the National Institute of Human Behaviour, the Yeagers at first seem to be the perfect subjects for Brooks, who foresees the project earning him an Oscar and a Nobel Prize. However, when the family fails to meet his expectations, Brooks begins to meddle in the family’s affairs, creating tension and manufacturing conflict. 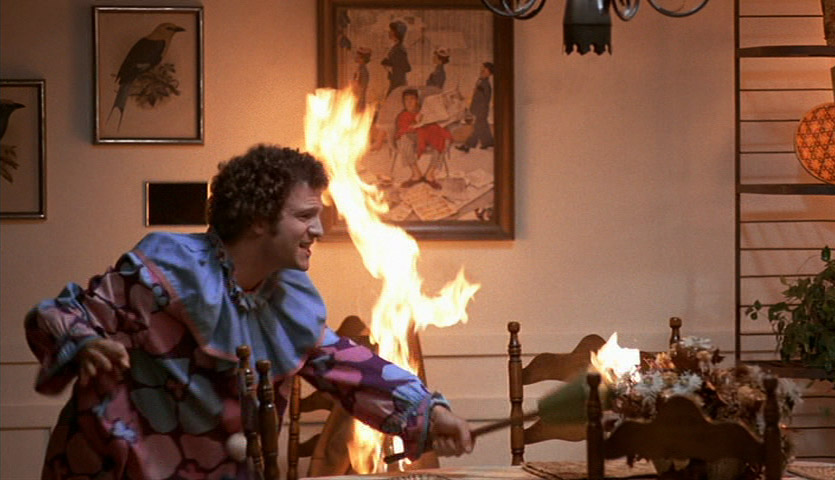 Parodies of reality TV have become commonplace, but it was a novel concept in the late ‘70s. The 1973 PBS show An American Family was the first of its kind, and Brooks latched onto its inherent comic possibilities. In conjunction with Monica McGowan Johnson and Harry Shearer, Brooks fashioned a prescient spoof of the entertainment industry’s increasingly desperate quest for novelty, taking the conventions of the documentary format and accentuating them to create a recognisable world slightly off kilter.

Brooks plays a heightened version of himself, developing his stand-up persona into a fully formed character: a boastful, disingenuous Hollywood phoney who tries to impose a dramatic structure on the Yeagers’ life; throwing money at any obstacle to his vision, using specious intellectual arguments to defend his hubris. Charles Grodin, one of the great comedic character actors, plays Warren, the flustered head of the Yeager household who desperately tries to maintain the facade of domestic bliss. As Warren’s family succumbs to the madness of the fishbowl in which they have opted to place themselves, Grodin’s glum countenance brilliantly articulates the character’s growing bewilderment.

Real Life’s central point is that the concept of reality in film and TV is a misnomer; that observing something changes its nature: the best that can be achieved is a heavily edited, carefully staged version of the truth. Brooks explores the uneasy marriage of clinical rigour and showbiz glamour, and the elevation of the everyday; how as celebrity becomes more prevalent, it becomes an increasingly devalued currency. The film retains its sting because so much of what it presents in jest has become convention over the years, offering a glimpse into the future.
There we go. Who would have thunk that EDTV stole it’s premise from something else? More from You Ain't Seen Me, Right? next week.