Bond 23 release date screws the yanks for once

Sony have announced the release date for the next Bond film, and it's quite far away but you know the best bit? It's going to be released in the UK a full two weeks before the US! Time to break out the tea - that almost never happens.

Sony, EON Productions and MGM did one of them press releases today to announce the date that Bond 23 (title still pending, but I'm hoping for 'Zombie Killsquad') will be released in UK cinemas. Here's what they said:

"
"
26th October 2012.
(*shrugs*) That's about when we were all expecting it, right? But then comes the best bit. The press release went on to reveal the date when the film will be out in the rest of the world:

"
"
9th November 2012.
Yesssssss! For once, when it comes to a major film release, we're going to see it first. That means, while the Americans are sad, we can act all smug.

Just to be clear then, Americans: 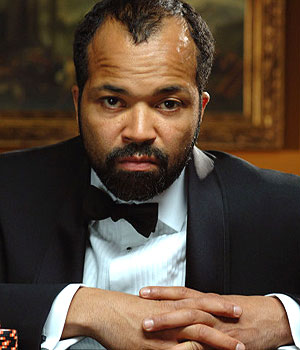 More:  Bond 23  James Bond  Daniel Craig
Follow us on Twitter @The_Shiznit for more fun features, film reviews and occasional commentary on what the best type of crisps are.
We are using Patreon to cover our hosting fees. So please consider chucking a few digital pennies our way by clicking on this link. Thanks!