Because no news is good news! Isn't it? ISN'T IT?


Mild excitement reverberated through our Twitter feed this week, as it was discovered that The Dark Knight Rises started filming in Farringdon, London. Wait, London? That's, like, where I live! If I hadn't moved offices two months ago, it'd be, like, three tube stops from my office! Swoon! 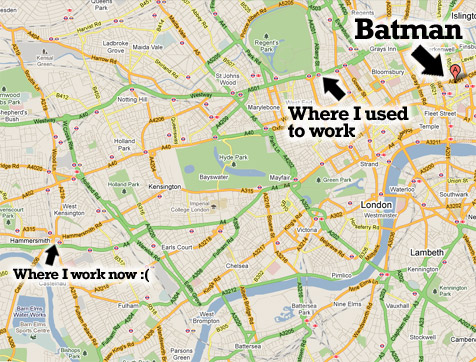 Not pictured: where I live


I say mild excitement, though, because there's precisely nothing to get excited about. If there are any set pictures, I haven't seen them, and as far as I can tell, at no point did Christian Bale drop character to suddenly start berating a confused member of the public who walked in his eye-line.

While this is in no way interesting, what was fun was the way famed anti-news proprietors Slashfilm.com covered the story.

That's right: the headline actually reads 'No New Info Announced'. Hilarious. Be sure to click after the jump to read the rest of their non-story, but only if you love reading copied and pasted corporate press releases!

In a similar vein, I thought I'd take this opportunity to preview a few Batman non-stories of my own I've planned for this week. 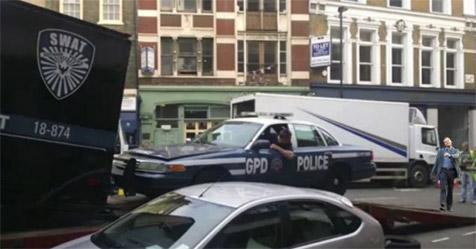 More:  Batman  The Dark Knight Rises  Slashfilm  Anti-News
Follow us on Twitter @The_Shiznit for more fun features, film reviews and occasional commentary on what the best type of crisps are.
We are using Patreon to cover our hosting fees. So please consider chucking a few digital pennies our way by clicking on this link. Thanks!