A new teaser poster for Jon Favreau's forthcoming Cowboys & Aliens has been released and it covers all the bases - Daniel Craig's arse for the ladies and some weird alien technology thing for the geeks.

So see below for the goods - while no aliens are on display yet, Daniel Craig doing the modern classic 'action stand-off' pose is enough to hold us off until later this week when, as Favreau has promised, we'll get to see the first trailer.

Also, for those who feel that the poster is distinctly cowboy-heavy and aliens-light, the official synopsis has been released to reassure us that the extra-terrestrial critters still feature in the final film somewhere:

"
"
"1873. Arizona Territory. A stranger with no memory of his past stumbles into the hard desert town of Absolution. The only hint to his history is a mysterious shackle that encircles one wrist. What he discovers is that the people of Absolution don't welcome strangers, and nobody makes a move on its streets unless ordered to do so by the iron-fisted Colonel Dolarhyde. It's a town that lives in fear.

But Absolution is about to experience fear it can scarcely comprehend as the desolate city is attacked by marauders from the sky. Screaming down with breathtaking velocity and blinding lights to abduct the helpless one by one, these monsters challenge everything the residents have ever known.

Now, the stranger they rejected is their only hope for salvation. As this gunslinger slowly starts to remember who he is and where he's been, he realizes he holds a secret that could give the town a fighting chance against the alien force. With the help of the elusive traveler Ella, he pulls together a posse comprised of former opponents - townsfolk, Dolarhyde and his boys, outlaws and Apache warriors - all in danger of annihilation. United against a common enemy, they will prepare for an epic showdown for survival.
In addition to Craig, the cast will be filled out by Harrison Ford, Sam Rockwell and Olivia Wilde who just so happen to be three of my favourite people...for very different reasons. 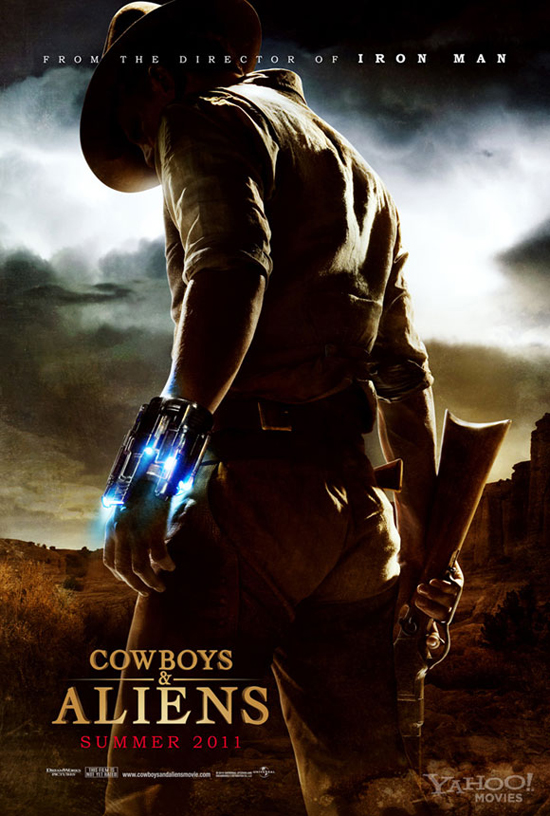 Jodhpurs will come back in fashion now. You just wait.
More:  Cowboys And Aliens  Daniel Craig  Jon Favreau
Follow us on Twitter @The_Shiznit for more fun features, film reviews and occasional commentary on what the best type of crisps are.
We are using Patreon to cover our hosting fees. So please consider chucking a few digital pennies our way by clicking on this link. Thanks!