Benedict Cumberbatch has today announced that the potential for innuendo around his Hamlet has made the role untenable.


"Giving my Hamlet proper attention over the last few months has been a huge challenge," said Cumberbatch.

"It's very long and very hard."

He went on: "I've thrashed it out and given my Hamlet a really good going-over, but I was unprepared for the sheer weight of double entendre associated with the part." 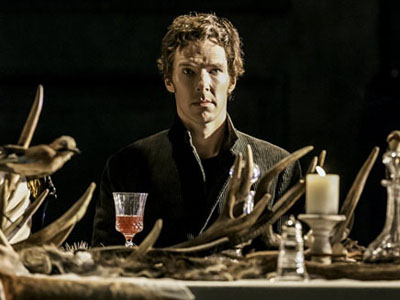 Cumberbatch's Hamlet in all its glory.


The actor reiterated his request that, in the production's final weeks, theatregoers not film his Hamlet.

"It's hard enough when you're airing your Hamlet in a packed theatre. But when people start filming your Hamlet, it can be very difficult to concentrate.

"I can't soliloquise properly. My wife says it happens to most men but I think she's just trying to spare my feelings.

"Plus I wish they wouldn't put videos of my Hamlet on the internet. It's quite cold on stage."

Asked whether he had another project lined up, the Sherlock star confirmed: "Yes, I'm going to be starring in a new production of Neil Simon's Come Blow Your Horn."

More:  Benedict Cumberbatch
Follow us on Twitter @The_Shiznit for more fun features, film reviews and occasional commentary on what the best type of crisps are.
We are using Patreon to cover our hosting fees. So please consider chucking a few digital pennies our way by clicking on this link. Thanks!