Today the BBFC confirmed what we'd all feared: that A Good Day To Die Hard would be rated 12A in the UK. Which sucks, obviously, because no one likes to see once proud iconoclasts of badass cinema reduced to suckering kids out of their pocket money with a two-bit Punch and Judy show. I'm a paying adult and I want to hear John McClane say the word "motherfucker". I guess I'm just old-fashioned like that.


In 2007, there was uproar in the US when Die Hard 4.0 - Live Free Or Die Hard over there - was given a PG-13 rating: Fox clearly couldn't see the sense in releasing an action movie to an audience that didn't include the core demographic of young teenage boys. John McClane had been neutered. He didn't even get to say "motherfucker", muffled as it was by gunfire - it might as well have been a wad of cash stuffed in his mouth. When Die Hard 4.0 was released in the UK, it was still given a 15 rating, but was barely a Die Hard movie: it was cut to shreds like feet in glass.

That's right. Fox resubmitted a different version of A Good Day To Die Hard to the BBFC, solely to have it passed at a lower age-rating, guaranteeing bigger box-office returns. The devious bastards. 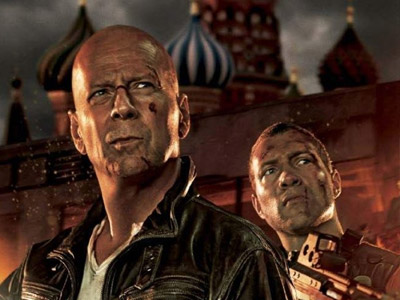 
'Film Studio Likes Making Money' is hardly a shocking headline, but it is galling that Fox have taken the guts out of Die Hard again, even though they're resigned to attracting an adult audience in the US. The BBFC website details the reasons for the rating, citing "four uses of strong language ('f**k') and a partial use of 'motherf***er', the end of which has been cut short so the implied strong language is not heard in full."

Where once we had bullet-riddled henchmen and McClane crying in the bathroom with his feet cut to ribbons, now we have "no focus on blood or injury". Once there was Ellis, snorting coke like a douche; now we have "passing references to 'doing drugs'". Once upon a time, John McClane dared to claim Dwayne T Robinson had been "butt-fucked on national TV"; in 2013, all we get is "mild innuendo". 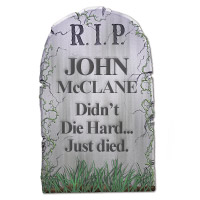 Die Hard is dead, ladies and gentlemen. John McClane is officially not even allowed to utter his own catchphrase any more. One toothless Die Hard movie you can write off as a mistake. Two is a marketing strategy. How else could the same shit happen to the same guy twice?

Fox have precedence for this, of course, in the shape of Taken 2. The first Taken movie was a 15 (an 18 on DVD), with Liam Neeson capping anyone vaguely ethnic in the hunt for his teenage daughter. Four years later, with a built-in fanbase expecting more of the same, and Fox released Taken 2 as a 12A; a cut so laughably gutless, Neeson practically tickles the bad guy to death. I urged everyone to boycott Taken 2: predictably, everyone ignored me to the tune of $374 million. And here we are.

It's hard to stomach. What franchise movies do adults have to look forward to any more? Sure, by now we're all supposed to be watching grown-up movies, with plots and character arcs and subtitles and old people with dementia. Are we not allowed to have just one guilty pleasure that's not suitable for the little ones? Die Hard has always felt like a foul-mouthed friend: nothing lightens the mood like McClane in the moment.

A 12A-rated Die Hard is baffling for several reasons, firstly: who is taking their under-12s to see a Die Hard movie? I've not seen A Good Day To Die Hard yet, but I already know from the trailer that John McClane spends the movie's entire running time shooting and/or getting shot at, beating guys up, being xenophobic and revelling in absolute destruction - and now I also know that there is "no detail of injury" to contextualise the violence. I'm realistic about the effects of screen violence and hardly one to bang the censorship drum, but I'm pulling a major frowny face behind your back if you're taking your pre-teen kid to see Die Hard this weekend. 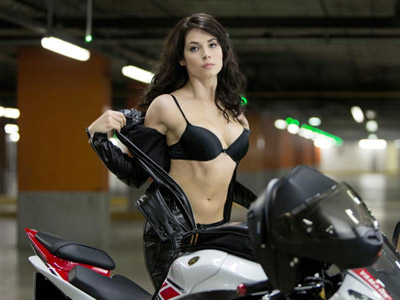 You remember boobs, don't you kids? They're for feeding.


Secondly, these twelve-year-olds that are now so blessed as to be able to gain admission without adult supervision were six when the last Die Hard movie came out. They weren't even born in the millennium the first three movies were released. I sure hope they like sitting through movies full of references to films they're not legally old enough to watch.

Die Hard is ours. It belongs to adults. Children have no business watching these movies. The fact that Fox are pulling the same trick they did with Taken 2 is not shocking, but it is insulting. Sure, it'll be released on DVD eventually with a new 15 rating and an 'Explosive Uncut Version They Didn't Want You To See!' edition. By which point, Die Hard 6 will already be in production, and Fox executives will be thinking up new ways to screw kids out of their pocket money.

3D you say? They're listening. Those motherfuckers.

More:  Die Hard Week  Die Hard  Bruce Willis  A Good Day To Die Hard  Taken 2  Serious Corner
Follow us on Twitter @The_Shiznit for more fun features, film reviews and occasional commentary on what the best type of crisps are.
We are using Patreon to cover our hosting fees. So please consider chucking a few digital pennies our way by clicking on this link. Thanks!