Doctor Who "not a racist, just a bit set in his ways"

Doctor Who yesterday hit back at accusations that he is a massive racist.


Academics have alleged that Doctor Who is a racist because he's never been black, but the Time Lord denies the claims.

"When I regenerate I have no choice what my new form will look like," he countered. "Otherwise I'd make myself look like Ryan Gosling, wouldn't I? Rather than Michael Palin with mumps." 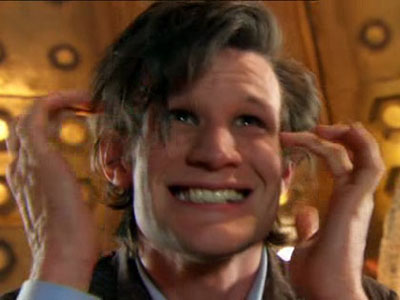 "Maybe I need to tinker with the settings a bit."


"There's not a racist bone in my body," he went on. "Some of my best friends are Sensorites."

Concern was expressed at a recent publicity photograph which appeared to show the Doctor supporting far-right extremist party the English Defence League, however. 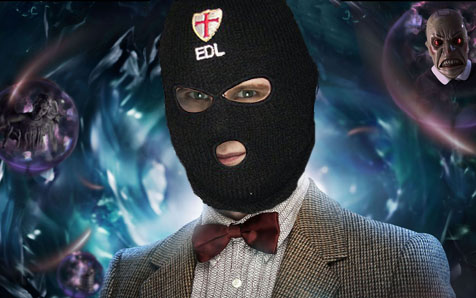 "People have got that all wrong," the Doctor insisted. "The EDL isn't a racist party. Plenty of legitimate political organisations sell their own branded balaclavas.

"My concern is merely for the future if we fall under Sharia Law, which is a real danger. I mean, I'm no racist, but you should see the TARDIS these days. Mosques on every corner."

When it was pointed out that the prospect of a tiny minority of an otherwise peace-loving group of people managing to install an extremist religious legal system in the TARDIS with no popular support was so laughably remote that he might as well have been kicking water up a hill, the Doctor just started singing football songs very loudly and breaking things.

More:  Doctor Who  Matt Smith  BBC
Follow us on Twitter @The_Shiznit for more fun features, film reviews and occasional commentary on what the best type of crisps are.
We are using Patreon to cover our hosting fees. So please consider chucking a few digital pennies our way by clicking on this link. Thanks!