The women of Walford are being questioned by a parliamentary select committee in a bid to understand why they keep getting off with a bald, middle-aged used car salesman.


The inquiry was called after DC Emma Summerhayes, the investigating officer in a murder investigation in which Branning is a key witness and possible suspect, became the latest to succumb to his odd brand of aggressive posturing and outright hostility.

"It's hard to explain," she stated to the committee. "He looks like Jason Statham's unpopular half-brother and his demeanour is sullen and acerbic, but before I knew it I was boning him like it was going out of fashion.

"Then I did it again. I couldn't tell you why. His bedroom is decorated with pictures of lions mauling gazelles. And those art nouveau prints of women on motorbikes with flames everywhere."

Reminded that this was likely to jeopardise a high-profile murder investigation and cost her her career, DC Summerhayes replied: "I know, right?" 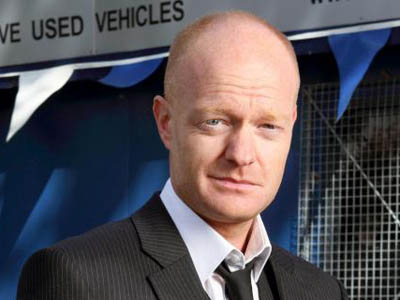 
"I met Max through being married to his son," said Stacey Slater via video link from wherever it is she sodded off to after coming back for a bit. "Within weeks I found myself helpless in the face of his astonishing sexual force. I'll probably get off with him again when I come back, in fact. Can't wait."

Branning's recent conquest Lucy Beale was unable to comment due to being dead. Reports that she had overdosed on the love of the man pundits are already calling "Max Bedroom" were unconfirmed at the time of going to press.

More:  Eastenders  Jake Wood  Lacey Turner  Hetti Bywater  Anna Acton  BBC
Follow us on Twitter @The_Shiznit for more fun features, film reviews and occasional commentary on what the best type of crisps are.
We are using Patreon to cover our hosting fees. So please consider chucking a few digital pennies our way by clicking on this link. Thanks!