With England now having crashed out of Euro 2012 like the mugs they are, there's no real point in turning the telly on any more. Fortunately, many of the tournament's stand-out performers have been talent-scouted by HBO for the next season of Game of Thrones. No, I know I can't follow that first sentence with that second one as if there's some sort of causality involved. Shut up, you wouldn't have even noticed if I hadn't pointed it out.


On a subsidised jolly to Poland, hoping only to catch as little of the soccerball as they had to in between visits to joyless, disinterested prostitutes, the group of HBO executives weren't there looking to sign up any new actors for Game of Thrones. But by jingo, they found a few.
Zlatan Ibrahimovic 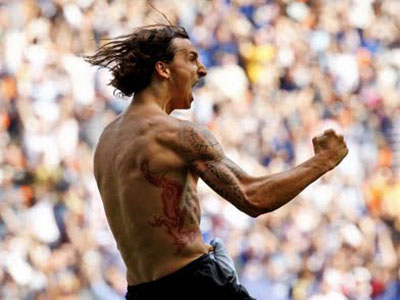 Swedish striker Ibrahimovic has been snapped up to play Dax Drogo, brother of Khal and new leader of the Dothraki warrior tribe. He is later beheaded, having enraged his tribal brethren by dicking about at a snail's pace most of the time and not actually contributing all that much, despite plainly being better than all the rest of them at raping, pillaging and shouting at men on horseback.
Franck Ribéry 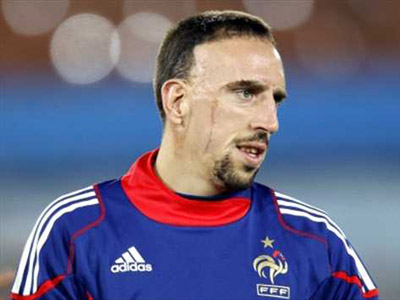 In an early clip from a season three episode, Ribéry can be seen as an ogre raiding villages at night to eat babies. He is later captured by Joffrey and put in a cage at the foot of the iron throne for his entertainment.
Olof Mellberg 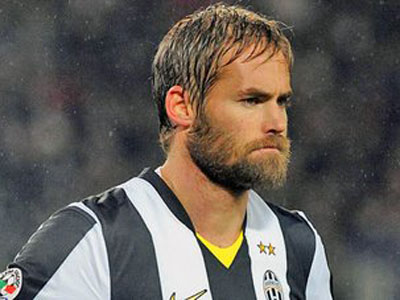 Yeah, he just sort of looks a bit like a Viking, you know? So that basically fits.
Philippe Mexès 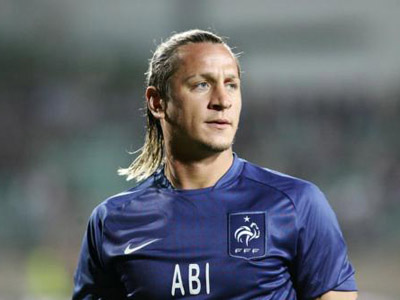 Upon seeing Mexès poncing around the French 18-yard box, the HBO execs knew their search for Joffrey's older brother was at an end. The sheer level of obvious douchery Mexès exudes with each step he takes was plain for all to see.

Early cuts of season three show him as Cassius Baratheon, squiring a young girl in a manner that probably isn't technically rape but might just as well be, then straight afterwards chopping off a peasant's feet and making him dance a jig in front of him while he gorges himself on massive turkey legs.
A bunch of Polish guys fighting 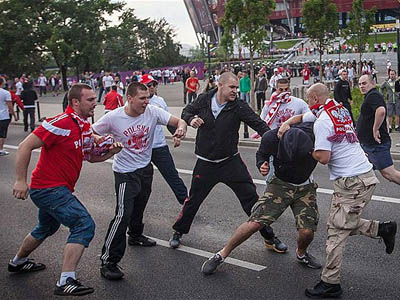 Stuffed full of battle scenes as ever, Game of Thrones requires thousands of young men prepared to fight mindlessly with little or no provocation. HBO wasted no time in snapping up several from the streets of Warsaw, where they found them engaged in pitch battles by the hundred.

When it was pointed out that there had in fact been very little street violence during the tournament, that he was guilty of lazy racial stereotyping and indeed that the area of south London in which he lives was also home to thousands of Poles, none of whom has ever been anything other than welcoming and courteous towards him, a LittleBigPicture spokesman responded: 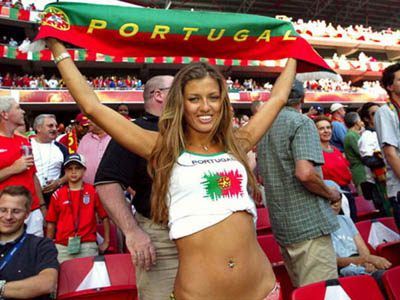 When questioned as to the wisdom of hiring a bunch of untrained women as actresses, one HBO insider explained:

"
"
Look, it's Game of Thrones. Have you ever watched three minutes of it without some tart getting fudded senseless by a bloke in a tunic?

No, so shut up. We need hundreds of them and, unless the Euro 2012 cameramen are somehow trained to pick them out of the crowd and focus on them during lulls in play, which seems very far-fetched to me, it looks like Poland and the Ukraine are the places to find them this summer.
On being informed that it's actually tremendously helpful for our SEO when we carry pictures named 'hot-portuguese.girl.jpg' alongside words that suggest sexual practices, he went on:

More:  Game Of Thrones  Sports  Football  HBO  Sky Atlantic
Follow us on Twitter @The_Shiznit for more fun features, film reviews and occasional commentary on what the best type of crisps are.
We are using Patreon to cover our hosting fees. So please consider chucking a few digital pennies our way by clicking on this link. Thanks!