Everything is fine now: Stephen Sommers back for GI Joe 2

Relax, everyone. As you were. News just came in over the wire that GI Joe 2 is in good hands. Woo! Good work, everybody! Great job tonight! Go home to your families and make love to your significant others!

GI Joe: The Rise Of Cobra was fun, in the same way that finding your old action figures under your bed and playing with them for the briefest of moments is fun: a guilty pleasure, but you wouldn't want anyone to catch you enjoying it. Certainly not when you're as naked as I was.

I seemed to be in the minority by thinking the first movie wasn't as bad as that time AIDS raped cancer, but someone else important must have agreed, because a sequel has been in the offing for a while now. The reason we're all here today is because acclaimed director Stephen Sommers, of Van Helsing and The Mummy fame, is confirmed to return to helm the sequel. I guess we can laugh off those claims of you being locked out of the editing suite, huh Stephen? Haha! What a week!

GI Joe 2 will be written by the two guys who wrote Zombieland, Rhett Reese and Paul Wernick. I've had the pleasure of talking to both of them, and they're both massive nerds who are well aware of what people want from a thinkpiece Channing Tatum tentpole movie. Splosions. Crazy guns. Cackling. Poorly conceived evil plans. That sort of thing.

It's worth remembering too, that the sequel will have a nice meaty role for villain Joseph Gordon-Levitt - a guy whose praises I've been singing for years but who has really only recently caught the zeitgeist with the success of Inception. He's managed to wriggle into a mighty sweet career: he's got indie cred plus action chops, and now has bona fide blockbuster status with GI Joe - and his mates can't even tell he's in it. 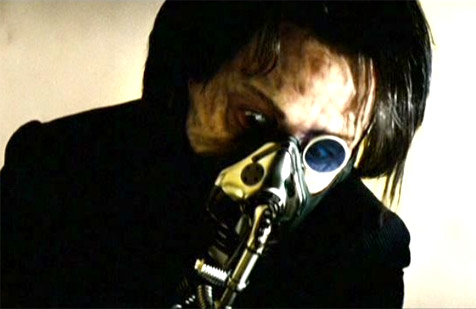 More:  GI Joe  Stephen Sommers
Follow us on Twitter @The_Shiznit for more fun features, film reviews and occasional commentary on what the best type of crisps are.
We are using Patreon to cover our hosting fees. So please consider chucking a few digital pennies our way by clicking on this link. Thanks!