You'd think if I said to you, 'Hey, there's a movie about Facebook coming soon that stars Justin Timberlake', the rational response would be to dive under a big pile of coats and stay there until all traces of the film are eroded from the public consciousness.

But if I revealed said movie was directed by David Fincher, and written by Aaron 'The West Wing' Sorkin, suddenly The Social Network becomes a much more enticing prospect. Starring Zombieland's Jesse Eisenberg as young founder Mark Zuckerberg, it tells the story of how 'poking' someone went from 'arrestable offence' to 'cutesy substitute for arrestable offence'.

Though the book has had good reviews and the screenplay has tested positively, I'm a lot less interested in the story of how Facebook got started (snot-nosed Harvard punk fights the man, creates an online revolution etc) than I am the story of how Facebook has become an utter clusterfuck. "Click here to see what [insert vague acquaintance] thinks of you!" I've got a better idea Facebook; why don't you click here? (*grabs crotch*) 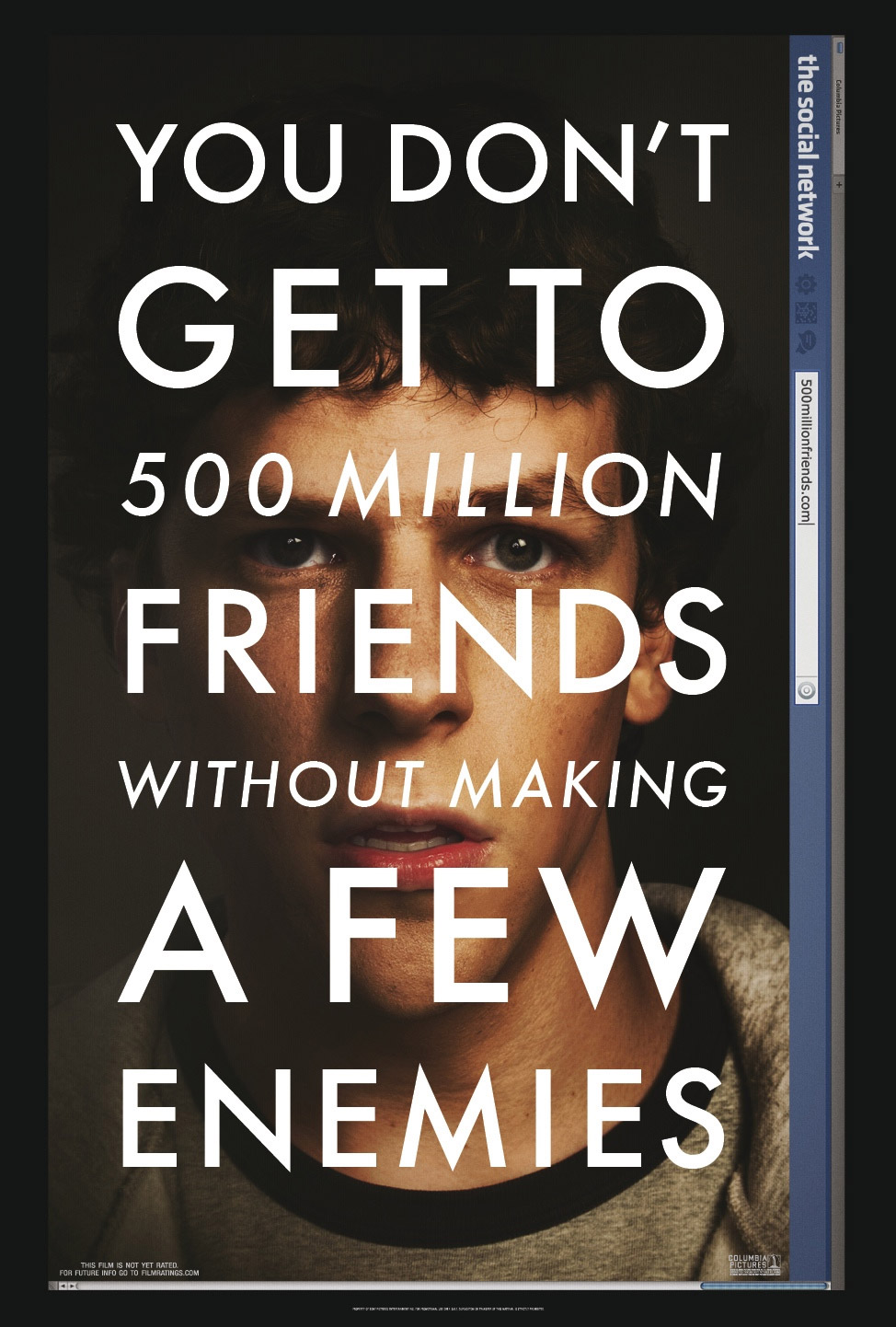 More:  The Social Network  Facebook  David Fincher  Jesse Eisenberg
Follow us on Twitter @The_Shiznit for more fun features, film reviews and occasional commentary on what the best type of crisps are.
We are using Patreon to cover our hosting fees. So please consider chucking a few digital pennies our way by clicking on this link. Thanks!