Sorry to go all E! Hollywood, but you really must take a look at Ben Stiller and Vince Vaughn in these first pictures from Neighborhood Watch. The years, they have not been kind. Why does Vaughn look like he's been punched in the face? Why is Stiller all shrivelled and little? Good to see current darling of the UK film scene Richard Ayoade hobnobbing with the Hollywood elite, though. Hopefully he won't just be given token Brit parts like that other fella, what's-his-vais. He deserves better. 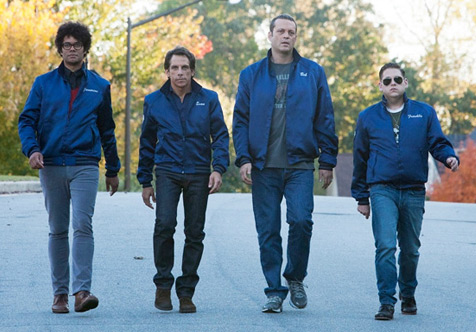 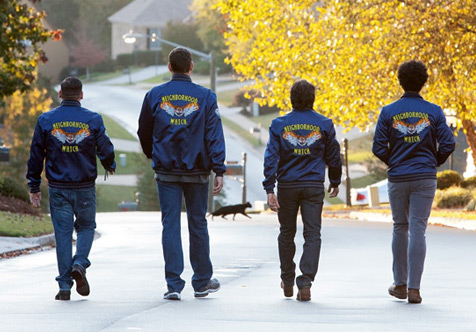 Anyway, enough of sniping people who could order my death in the same breath as ordering a Happy Meal. The real reason I posted this piece of non-news is that I finally have a reason to share what I believe to be the finest piece of work Stiller has ever produced. Heat Vision & Jack was a pilot for a TV show that never got picked up. It starred Jack Black as an ex-astronaut who gained super-intelligence when exposed to the sun, and Owen Wilson as his talking motorbike sidekick.

Full pilot is embedded below. Owen Wilson talking motorbike. Why aren't you watching it already?

More:  Neighborhood Watch  Ben Stiller  Vince Vaughn  Jonah Hill  Richard Ayoade  The Watch
Follow us on Twitter @The_Shiznit for more fun features, film reviews and occasional commentary on what the best type of crisps are.
We are using Patreon to cover our hosting fees. So please consider chucking a few digital pennies our way by clicking on this link. Thanks!