An ace photographer has managed to capture some fascinating shots on the set of forthcoming thriller Jack Ryan, which reveal that Kenneth Branagh's villain looks just like Kenneth Branagh normally does.


Set photographs are great on some occasions, when it's fun to see the first glimpses of cool costumes or mad hairdos or even just actors playing off each other. For other films, like Jack Ryan, they don't work quite as well. No characters in this action reboot are wearing outrageous costumes or engaging in thrilling battle scenes. They're just standing around, drinking coffee, wearing clothes and breathing in air.

Here begins the least exciting photo diary ever: your first look at Kenneth Branagh on the set of Jack Ryan. 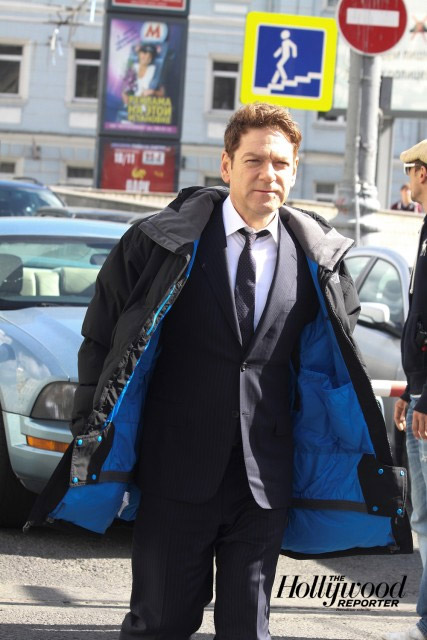 Here's Kenneth Branagh, who will play an as yet unnamed Russian villain in the Tom Clancy reboot. He's wearing a big puffa jacket to keep him warm between takes. Which is sort of interesting, I guess. His tie is a little crooked. Like his politics? Only time will tell. I do like how it looks like a little man is about to jump in his brain, but this won't be in the finished movie. 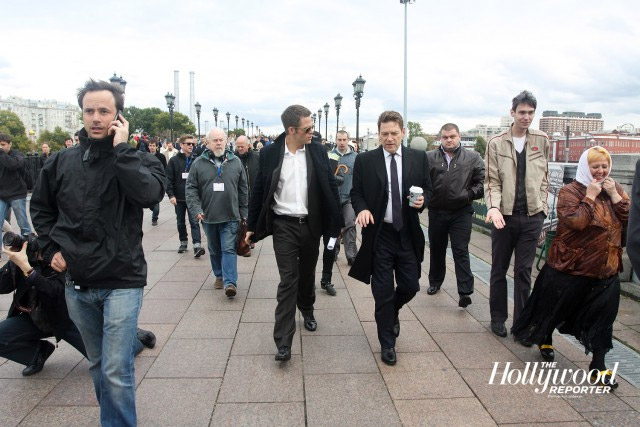 Now, this could be an actual still from the film, showing Kenneth Branagh's villain enjoying a fiendish tête à tête with Chris Pine's hero Jack Ryan, although there are slightly too many people wearing lanyards for that to be the case. It's more likely that it's just a set picture of the two actors doing some walking. Branagh sipping his coffee, there. Wonder what he drinks. Maybe it's tea. He is a Brit after all. That stills photographer on the left just couldn't have got it any more wrong. 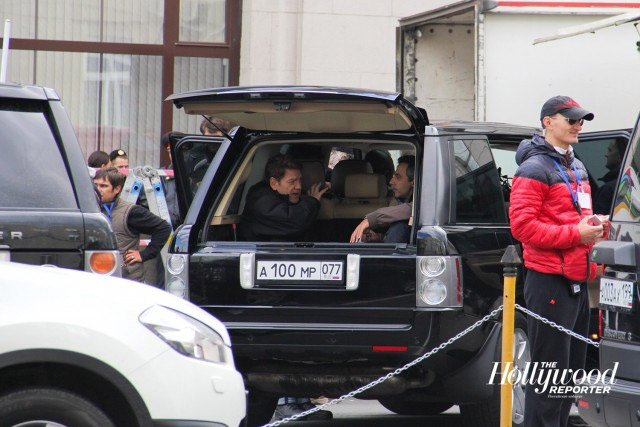 Here's Ken in the back of a car, still wearing that puffa, which suggests that perhaps the car doesn't have its heater on (you can see that some of the windows and doors are open, which corroborates this theory). It could possibly be a quirk of his character that he likes to discuss his evil plans in car boots, but probably not. 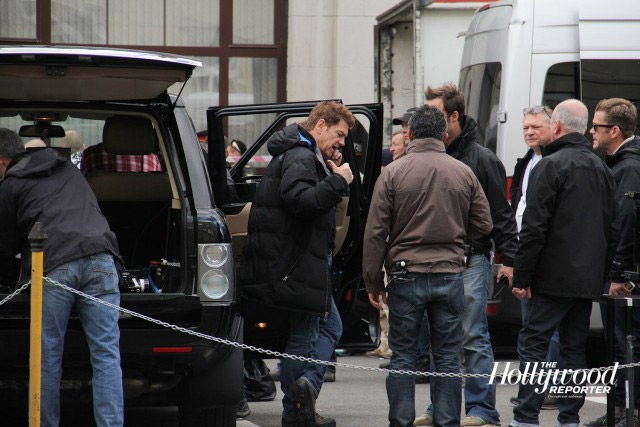 Wow, we're all go: Ken's popped out of the car now, perhaps to shoot a thrilling scene for the movie. Check out his hand movement, which seems to say, "I was just in there and now I'm out here." Interesting note: Ken is now wearing jeans, seemingly to fit in with the crew. 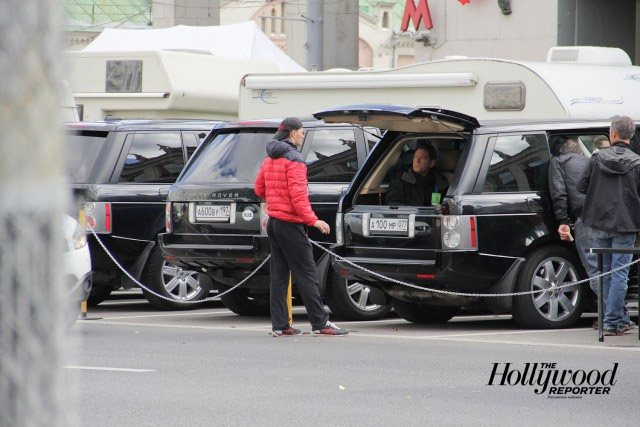 I spoke too soon, Ken's back in the car. It looks like he enjoyed the enclosed space and was happy staring out of the open boot contemplating the day. Either that or I just posted these pictures out of order by accident. Maybe he's still in there. I guess we won't know until the next lot of set photos appear.

More:  Jack Ryan  Kenneth Branagh  Chris Pine
Follow us on Twitter @The_Shiznit for more fun features, film reviews and occasional commentary on what the best type of crisps are.
We are using Patreon to cover our hosting fees. So please consider chucking a few digital pennies our way by clicking on this link. Thanks!