Time was a reboot used to mean a second shot at a failed franchise - a chance to put things right a la Hulk. So what exactly was wrong with Fantastic Four's $600 million plus box-office takings first time around?

Disney's Marvel takeover doesn't affect all existing properties just yet - many franchises, like Spider-Man and the Fantastic Four are still owned by separate studios, for now at least. In a proud display of territorialism, Fox have decided that the day Disney announced their $4bn bid would be the same day they announce their F4 reboot. Take that, jerks!

I am a people confused. I've not seen either Fantastic Four pics but from what I gather, they were fun little comic-book romps that were successful because they were colourful and light-hearted, not because they were dark and edgy. Expect a reboot to chase after that broody Dark Knight marketing dollar. Yes, they're fantastic; but they have self-esteem issues.

It's unlikely the principal cast members will be returning, so it's bye bye to Ioan Gruffudd, Michael Chiklis, Chris Evans and yes, Jessica Alba too. Ooh, new female superhero role open for casting: someone start a Megan Fox rumour.

Whatever the result of the Fantastic Four do-over, I just hope they manage to make some cash by way of product placement; they really didn't make the most of it last time. 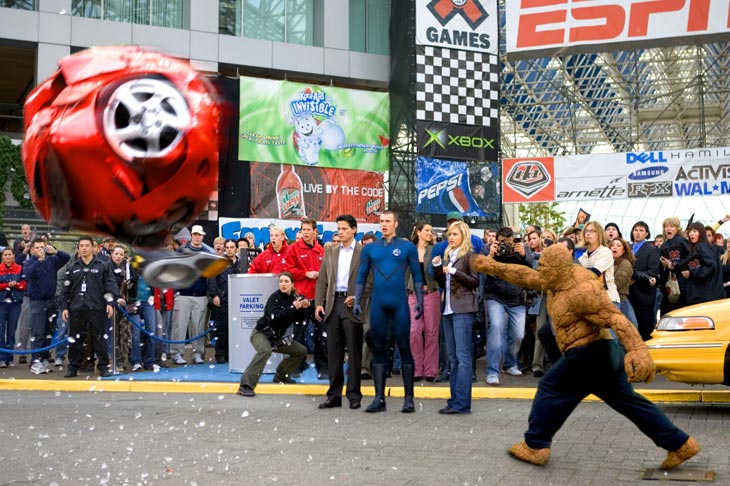 More:  Fantastic Four  Marvel  Jessica Alba  Superheroes
Follow us on Twitter @The_Shiznit for more fun features, film reviews and occasional commentary on what the best type of crisps are.
We are using Patreon to cover our hosting fees. So please consider chucking a few digital pennies our way by clicking on this link. Thanks!