From Zombieland to Cowboy Ninja Viking

Paul Wernick and Rhett Reese - the writers of Zombieland and the upcoming Deadpool - have apparently been mining the depths of memedom, returning to the surface with Cowboy Ninja Viking. Because movies catering specifically to the Internet demographic have worked out so well in the past.

The comic-book adaptation will be about a top secret government agency staffed entirely by mental patients (so it's a documentary, then?), with the craziest and thus best agents being a group of elite assassins known only as the Triplets. When some of the Triplets go out of control, the men in charge have no choice but to call in the deadliest Triplet of all, the eponymous Cowboy Ninja Viking.

Got all that? If this movie sounds like the kind of thing you might be interested in seeing, you might spend too much time online. However, on a positive note, Zombieland was pretty great, so while Deadpool is something of an unknown quantity at this point, Wernick and Reese have at least earned the benefit of the doubt.

Still, it will be interesting to see if their target audience can tear themselves away from looking at lolcats and downloading other movies long enough to make it out to the cinema. 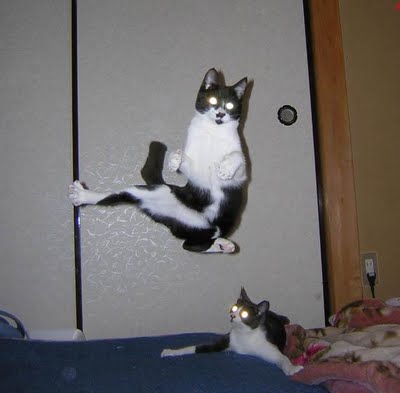 More:  Zombieland  Deadpool  Paul Wernick  Rhett Reese
Follow us on Twitter @The_Shiznit for more fun features, film reviews and occasional commentary on what the best type of crisps are.
We are using Patreon to cover our hosting fees. So please consider chucking a few digital pennies our way by clicking on this link. Thanks!