Following its casting of Paul Giamatti, Downton Abbey is to become one of those endearingly quirky indie comedy-dramas he's always bloody in, it has emerged.


"Obviously getting Paul is quite a coup for us," said Downton creator The Rt. Hon. Lord Fellowes-Ffellowes, 28th Earl of Sittingbourne and Duke of Loughborough, as he booted a servant in the shins for sport.

"And of course, it raises lots of possibilities for interesting new creative directions. Paul brings with him the sensibility of American indie cinema, which has a rich and varied history of depicting depressed men with beards reach epiphanies with the help of a desexualised female figure of some kind.

"You know, an oddball librarian girl who cuts her own hair, that sort of thing." 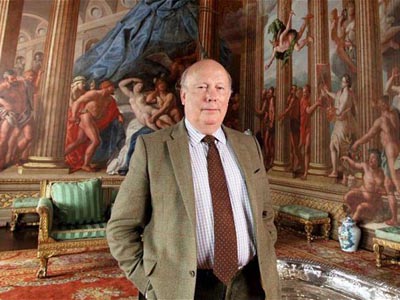 The Marquess of Fellowes-Ffellowes-Fffellowes, pictured here in his shed.


His Grace Count Fellowes-Ffellowes-Fffellowes-Ffffellowes-Duckula went on to outline some of the ideas he was working on for Giamatti's character.

"One scenario has Paul as a disgraced academic with a beard who finds hope again in reluctantly becoming the coach of the Downton girls' croquet team," he confirmed. "Allison Janney would guest-star as the alcoholic mother of the star player, with whom he slowly forms a mutual affection.

"Or he could be a failed writer with a beard, now working disinterestedly as a servant, who falls in love with a kooky stable girl and obsessively builds a toboggan to reach her house following a snowdrift. This would be accompanied by a lot of whimsical acoustic guitar music: Iron & Wine, Sufjan Stevens and so on.

"And lastly, I've got this thing where he's the unfavoured son of a Duke, with obsessive-compulsive disorder and a beard, who meets a preternaturally forthright outsider schoolgirl. With his help she wins her school talent contest with a skill no one usually thinks of as impressive, say darning socks or something, and her unique take on the world and disregard for social convention teaches him the value of being less uptight.

"Or something like that, anyway. We'll probably do a poster with slanty lettering on it and a small dog."

More:  Downton Abbey  Paul Giamatti  Julian Fellowes  ITV
Follow us on Twitter @The_Shiznit for more fun features, film reviews and occasional commentary on what the best type of crisps are.
We are using Patreon to cover our hosting fees. So please consider chucking a few digital pennies our way by clicking on this link. Thanks!