"It has come to my attention that Sean Harris is absolutely fucking terrifying," the Prime Minister announced at today's launch event. "Seriously, the wife and I tried to watch Southcliffe last night and I managed about eight minutes before making an excuse about having to do some ironing.

"It's just the eyes, you know? Like they're reaching into my actual soul and scraping bits out with a clawhammer." 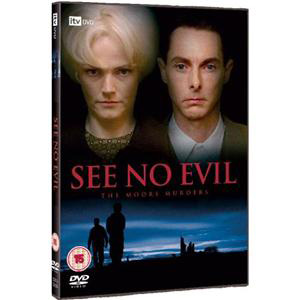 Harris has described his earlier role as Ian Brady as "a good popcorn part. One for the kids".

"It will fill your whole screen, stare coldly into your eyes and mumble something incoherent but undoubtedly threatening in a regional accent. You won't quite pick up what it was, but it will leave a festering, malignant sense of dread; dread that one day soon you will wake up at night, and he'll just be there, quietly watching you in the dark."

Figures released by the Department for Culture, Media and Sport indicated a projected fall in sexual search engine keyword requests so dramatic that by 2015 their use would be localised entirely on Russell Brand's laptop.

"This is the greatest tool we have in the fight against online pornography," the Prime Minister concluded. "The value of having a list of everyone who ever Googled the word 'tits' so we can use it to discredit dissenters will be incalculable. I thank Sean Harris for his participation.

More:  Sean Harris  Southcliffe  The Borgias  Red Riding
Follow us on Twitter @The_Shiznit for more fun features, film reviews and occasional commentary on what the best type of crisps are.
We are using Patreon to cover our hosting fees. So please consider chucking a few digital pennies our way by clicking on this link. Thanks!