I see what you did there, Iron Lady marketing campaign

New posters for The Iron Lady's US release come pre-vandalised, meaning all the radical anti-Thatcher protestors roaming the streets in America have been rendered null and void. VOID I say!


I understand that a movie based on a British politician that isn't Colin Firth may be a difficult sell overseas (it works both ways: I'm awaiting the inevitably pitiful take of Hoover biopic J. Edgar over here) but this latest tactic for marketing The Iron Lady is particularly heinous.

JoBlo just released five new posters, all featuring Meryl Streep as Margaret Thatcher, all with a liberal bent. Three of them feature crude grafitti (take that, the system!), one insinuates that she was an arms dealer and one is about tea because she was British. All of which would be acceptable if the movie had the balls to cast Thatcher in anything less than a near-celestial light, which obviously it doesn't. Who cares about the miners' strikes when Ghost Denis is wearing a silly turban! Derp!


Posters have long been guilty of advertising movies falsely, whether it's by subtle echoes of more successful movies, chucking in the odd random helicopter or - my latest pet peeve - having characters hold guns who don't even hold guns in the movie. However, doing an ideological 180° just to sell the film to a different market is stepping over the line - not only does it betray Abi Morgan's partisan screenplay, but it actually has the effect of making the movie look far more interesting than it actually is.

Can you imagine if it someone tried the same trick on a different film but reversed the political message? 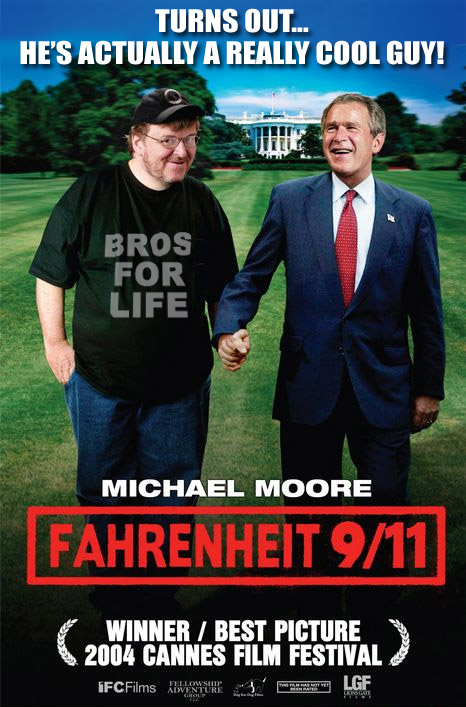 More:  The Iron Lady  Posters  Meryl Streep
Follow us on Twitter @The_Shiznit for more fun features, film reviews and occasional commentary on what the best type of crisps are.
We are using Patreon to cover our hosting fees. So please consider chucking a few digital pennies our way by clicking on this link. Thanks!