If he looks enough like a woman it's not gay, right?

Like, you've spent a load of money on drinks and taxis and stuff, and once you actually figure out he's a dude it's pretty late anyway, and if he looks and sounds enough like a woman it's OK, right? That's the code, isn't it guys? I'm asking for a friend.

I enjoyed The Accused last time it was on, save for a ridiculous ending to one episode, in which Juliet Stevenson, who had burned down a factory where her son had been killed due to a lax approach to health and safety, fully admitted her guilt in the dock but was then found not guilty by the jury because they all felt sorry for her (quick tip for screenwriters: flights of fancy are one thing, but in legal dramas you're best off steering clear of things that, by law, simply could not happen). Stephen Graham's going to be in it too this time, which is never a bad thing.

One thing troubles me though. The Digital Spy article where I found this out says that the episode "will be filmed later this year". Which means it hasn't actually been filmed yet.

So I can only presume that this picture was taken in the street near Sean Bean's house. 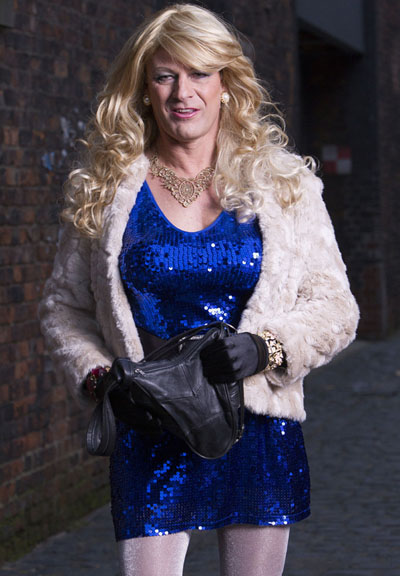 Click to enlarge, if you like that sort of thing.
More:  Accused  Sean Bean  Stephen Graham  Jimmy McGovern  BBC
Follow us on Twitter @The_Shiznit for more fun features, film reviews and occasional commentary on what the best type of crisps are.
We are using Patreon to cover our hosting fees. So please consider chucking a few digital pennies our way by clicking on this link. Thanks!