The latest big movie stars to be linked with Ridley Scott's Alien prequels? Anne Hathaway and James Franco, who join Natalie Portman, Noomi Rapace, Gemma Arterton and 80 other actors on a pointless list of nonsense.

When casting his as-yet untitled Alien prequels, Ridley Scott must have decided his lucky charm actor Russell Crowe would be too much baggage to take into space, so ever since casting calls were announced, we've heard every name under the sun attached to the movies. The latest stars in contention for roles are Anne Hathaway and James Franco, who must both fancy a big pay day before slinking back to their indie day jobs.

BloodyDisgusting have the news, but there's barely a story here at all, really: just two more names to add to the list. Last we heard was the suits at Fox responded positively to Lost scribe Damon Lindelof's script rewrite, and that Natalie Portman was in the frame for a "female Colonial Marine general" character, which appears to be attracting feisty actresses like flies on shit. The only tough, ballsy actress we haven't heard linked with the role is Michelle Rodriguez, so I think it's probably safe to assume she's currently incarcerated.

Tellingly, I just did a big sigh before writing this paragraph. Does the world really need more Alien movies? Thanks to the AVP atrocities, there are more bad Alien movies than good ones. What's more, does a talented guy like Ridley Scott really need these films on his CV? Will the Alien franchise be improved with more back story? Did anyone actually ask for this? Does anyone even care?

That said, if they get Hathaway in a tight-ass space suit, I'm there. 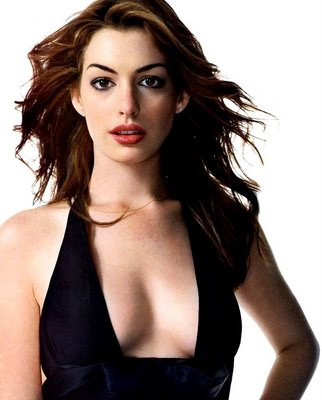 I couldn't find any pictures of James Franco
More:  Alien  Alien Prequel  Ridley Scott  Anne Hathaway  James Franco
Follow us on Twitter @The_Shiznit for more fun features, film reviews and occasional commentary on what the best type of crisps are.
We are using Patreon to cover our hosting fees. So please consider chucking a few digital pennies our way by clicking on this link. Thanks!