The Oscar-nominated director known as the master of Italian comedy has died, but you might be surprised to learn that it was not because he was pushing 100.

I'm sure many of you are looking at that headline and thinking, "Who?" I know I did, but it turns out this guy was actually pretty famous among hardcore cinephiles. Mario Monicelli directed a number of influential films, including Big Deal On Madonna Street (I Soliti Ignoti). His most recent film, The Roses Of The Desert, was completed in 2006.

Sadly, reports have surfaced that Monicelli has shuffled off this mortal coil at the ripe old age of 95. But it was not being horribly old that did him in. Oh hell no. This dude was too hardcore for that.

It turns out Monicelli was at a hospital in Rome where he was being treated for a terminal case of cancer (either prostate or pancreatic, though neither has been confirmed). He decided that he would rather not waste away, hooked up to a bunch of machines, surrounded by strangers, so he decided to take matters into his own hands, and he jumped out of the window of his fifth floor room, falling to his death.

So in addition to Leslie Nielsen and Irvin Kershner, we've lost one of the giants of Italian cinema, a man who counted both Vittorio De Sica and Sophia Loren among his friends. I'm almost ashamed to say that I was not all that familiar with Monicelli prior to this, but now is probably as good a time as any to head over to IMDb to learn more about his work. 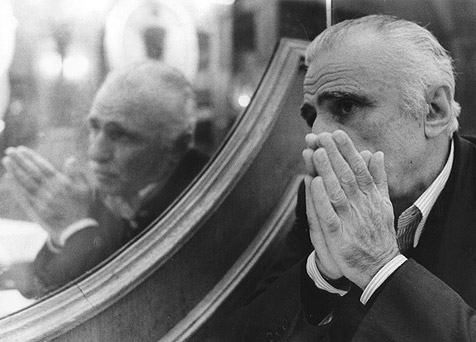 Fuck yeah.
More:  RIP  Mario Monicelli  Leslie Nielsen  Irvin Kershner
Follow us on Twitter @The_Shiznit for more fun features, film reviews and occasional commentary on what the best type of crisps are.
We are using Patreon to cover our hosting fees. So please consider chucking a few digital pennies our way by clicking on this link. Thanks!