Game of Thrones fans have criticised the publishers of Wedding magazine for ruining the latest episode by introducing into their minds the idea that things sometimes happen at weddings.


Bride-to-be Donna Rocky-Bullwinkle is among scores of Game of Thrones fans demanding an apology from Wedding magazine amid claims it ruined this week's episode, which features a wedding.

"There I was," she complains, "idly flicking through an article in this month's issue about how to find the perfect dress, which comes up most months if I'm honest, when I remembered that a wedding was scheduled to happen in this week's episode, 'The Lion and the Rose'.

"Immediately I knew my enjoyment of it would be ruined. The concept of weddings had now been drip-fed into my consciousness, irrevocably colouring my perception of the forthcoming episode, in which, it bears repeating, I already knew a wedding was going to take place.

"The prospect I'd previously thought most likely - of a wedding in Game of Thrones that passes entirely without incident, save for a couple of over-bawdy madrigals - was now shattered entirely." 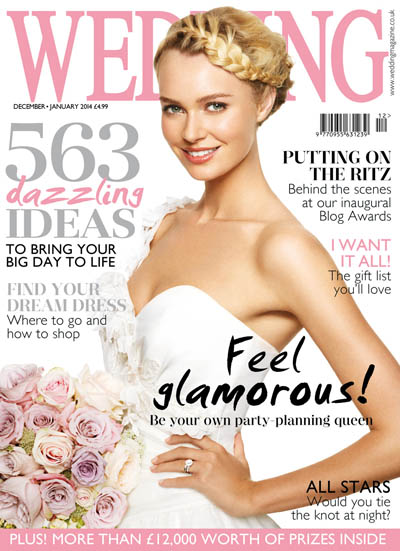 Wedding magazine also ruined the marriage of Keiko and Miles in Star Trek: The Next Generation for many fans.


She called upon Wedding magazine to immediately apologise and disband.

"What's more," she went on, "no one should be allowed to say anything on social media or in any other publication about any TV show until I've seen it in full, because it is simply not practical for me to avoid those outlets in the interim.

"What if Katie Hopkins says something controversial on Twitter and I miss it?"

More:  Game Of Thrones  HBO  Sky Atlantic
Follow us on Twitter @The_Shiznit for more fun features, film reviews and occasional commentary on what the best type of crisps are.
We are using Patreon to cover our hosting fees. So please consider chucking a few digital pennies our way by clicking on this link. Thanks!