Jessica Alba is a Little Focker

Sexy actress cast in unnecessary sequel news of the day.

The Hollywood Reporter have confirmed news that every red-blooded, unfussy Ben Stiller fan has been waiting to hear: love goddess Jessica Alba will appear in Little Fockers, the second sequel to Meet The Parents.

Alba, who is extremely attractive, will play a pharmacist "whose looks wreak havoc on the male characters" of the movie. Deep. That's great casting.

It's likely that Alba, who is blessed with above average looks, got involved after working with grumpy in-law Robert De Niro on the set of Machete. After appearing alongside Dane Cook in Good Luck Chuck and Mike Myers in The Love Guru, it looks like she's going for her hat-trick of awful comedies starring overrated actors.

In other news, Jessica Alba makes for a nicer picture at the top of the homepage than the gaping maw of a Predator. So there. 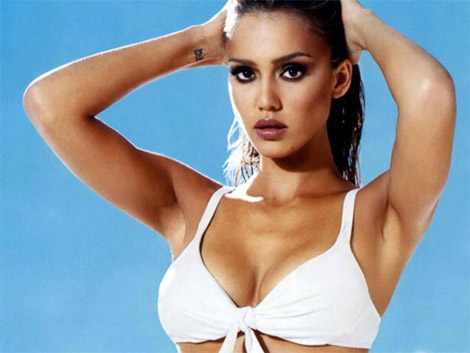 More:  Jessica Alba  Little Fockers
Follow us on Twitter @The_Shiznit for more fun features, film reviews and occasional commentary on what the best type of crisps are.
We are using Patreon to cover our hosting fees. So please consider chucking a few digital pennies our way by clicking on this link. Thanks!