Just wait till he thinks he can sing, parents tell Cowell

Parents across the UK congratulated Simon Cowell on the birth of his son this weekend, while delighting in anticipation that the boy would one day want to pursue a singing career.


"It's a happy day," said Don Spint, a Kent-based father of three, on learning of Eric Cowell's birth in New York City. "I wish Mr Cowell and his family all the best through his son's childhood. But I hope in particular that one day he has to attempt to gently convince the boy that singing is not his strong suit.

"Ideally this will follow months of subjection to earnest teenaged renditions of 'If There's Any Justice' by Lemar seeping through the bedroom floorboards while Mr Cowell just wants to watch Wallander in peace. And if he starts wearing a white belt and sleeveless T-shirts, so much the better." 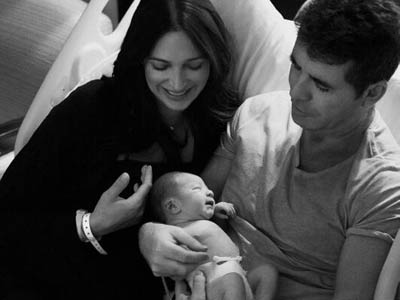 
"He should make the most of the next 15 years," warned Nikolai Sharabang, a father of twin daughters from Market Rasen. "Because once the kid hits 16, that's when you have to start giving up your Saturday driving them to the Birmingham NIA for X Factor auditions. Without even getting to listen to 5 Live Sport on the way up because they have to 'rehearse' along to a CD of some shit by Maroon 5.

"I hope he enjoys queuing for six hours in the rain next to scores of teens with improbable haircuts belting out a capella versions of Bruno Mars songs when they only know two parts of the harmony and one of them's pretty shaky, only to get cut off by some snarky bastard with a clipboard just before the head of the queue because they've filled their quota of freaks to point and laugh at for the day."

"At some point," warned Emmeline Bachman-Turner of Cheam, "probably around the time Eric's saying he's not going to sixth-form college because he's about to hit it big with the array of Robin Thicke covers he's been doing on YouTube, he'll have to sit the boy down and solemnly inform him that, whilst he loves him and wants him to be happy, he is shit at singing. And moreover that, even if he got on and even won The X Factor, it would still be a terrible career choice, likely to sustain only four months of sickly, unsatisfying fame and a subsequent lifetime trying to get onto celebrity reality shows to claw it back.

"There's a lot of shit talked about encouraging kids to follow their dreams, but this ignores the fact that kids' dreams are mainly a load of old bollocks. I was on Fame Academy when I was 22 and now I work for Endsleigh insurance. I have a husband and two kids, I haven't sung a note since 2003 and I feel fucking brilliant."

More:  Simon Cowell  The X Factor  Britains Got Talent
Follow us on Twitter @The_Shiznit for more fun features, film reviews and occasional commentary on what the best type of crisps are.
We are using Patreon to cover our hosting fees. So please consider chucking a few digital pennies our way by clicking on this link. Thanks!