An HBO executive has answered allegations that Girls was only greenlit because of who Lena Dunham's parents are, confirming: "Yes, that's obviously true. Her mother and father bestride the entertainment industry like colossi."


The clout of bohemian conceptual artists has long rivalled that of Mafia kingpins, as was exemplified tonight by HBO's admission that they only agreed to commission Lena Dunham's series Girls because her parents are so influential.

"Everyone knows Carroll Dunham," explained the executive, who chose not to reveal his identity for fear of violent reprisal. "As a pop artist who mainly paints pictures of splayed vaginas he's known the world over, and the fact that he doesn't even have a Wikipedia page is only out of respect." 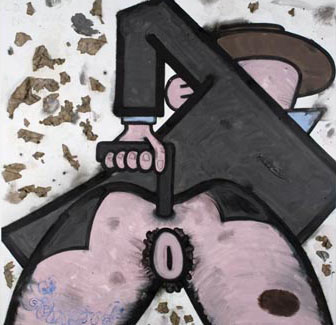 Bizarre, genitally-preoccupied art or grim threat to those who cross his family?

"Likewise his wife Laurie Simmons, whose work as a fine art photographer who takes pictures of dolls she's arranged into various scenes overlaps with our own as a cable TV network in an obvious way.

"We didn't feel like we could refuse. You don't say no to the Dunhams.

"And besides, this goes on all the time. I only commissioned Game of Thrones because I once played tennis with George R. R. Martin's sister. Then we threw five million dollars at the pilot, because we've got that sort of cash to blow on shit with uncertain prospects of financial return just because we're mates with someone, and I can just personally greenlight it without consulting anyone higher up the ladder.

"Yes, we definitely live in a world where that happens."

More:  Girls  Lena Dunham  HBO  Sky Atlantic
Follow us on Twitter @The_Shiznit for more fun features, film reviews and occasional commentary on what the best type of crisps are.
We are using Patreon to cover our hosting fees. So please consider chucking a few digital pennies our way by clicking on this link. Thanks!