Loop loop, it's the sound of da police

Get your first look at Rian Johnson's time-travel hitman head-fuck Looper, complete with Bruce Willis climaxing while firing a rifle.


Yes, friends. If only the internet was tactile, I'd press my face against the screen and you could palpate your monitor to feel just how excited I am at this precise moment. (Joke: that's not my face). If you've got time, run full pelt over to Empire and kiss them on the mouth, because they've released the first ever picture from Looper, the new sci-fi from Rian Johnson - he's basically Christopher Nolan with less A-list friends. NOT ANY MORE. 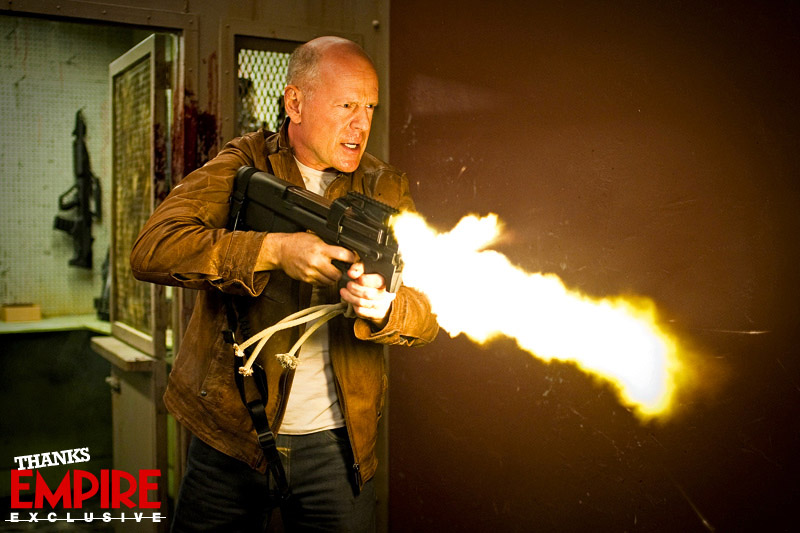 What is Looper, you ask? Such nice manners. Looper sees Joseph Gordon-Levitt play a hitman, albeit a hitman with a pretty easy job - his targets arrive bound, hooded and gagged from 30 years in the future, and it's his only job to kill them and burn them, ultimately removing them from existence. Job's a good 'un.

TWIST! One day, an unhooded figure arrives and wouldn't you know it, it's Bruce Willis here, who - using an avoidable quirk of Hollywood casting and not some sort of brain-bending sci-fi technique - happens to be JGL's future self. And he's angry. Whatever you do, don't give him a gun. Shit.

For some reason, when presented with a high concept sci-fi action movie, the brain immediately goes to Inception - hardly a damaging comparison, but probably not entirely accurate. If you've seen Brick, you'll know how good Johnson is at world-building and sticking steadfastly to those rules - the mind boggles at what he could do with a proper sci-fi stonker.

I've yet to see Johnson's The Brothers Bloom, though our American chum Chris thought it worthy of four stars. If it's anything like Brick, it'll be an incredibly dense, labyrinthine thriller that's as frustrating as it is rewarding. Also it'll have Joseph Gordon-Levitt in it. Have to say though, this promo still doesn't really sell it to me. 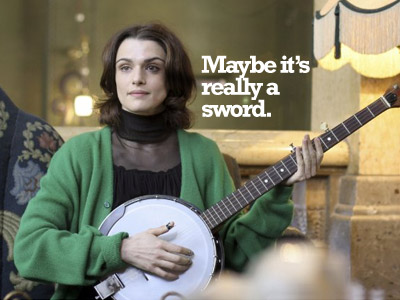 More:  Looper  Bruce Willis  Rian Johnson
Follow us on Twitter @The_Shiznit for more fun features, film reviews and occasional commentary on what the best type of crisps are.
We are using Patreon to cover our hosting fees. So please consider chucking a few digital pennies our way by clicking on this link. Thanks!