It's Sunday! Actually, it's really Saturday, as I'm writing this a day early. You've seen behind the curtain! Don't come in, I'm wrapping presents!


As you've no doubt already heard, Billy Crystal is hosting the Oscars after Eddie Murphy was overheard yelling "hosting awards shows is for fags". I sure hope a comedian as edgy and in-your-face as Crystal doesn't make any jokes that'll upset anyone! 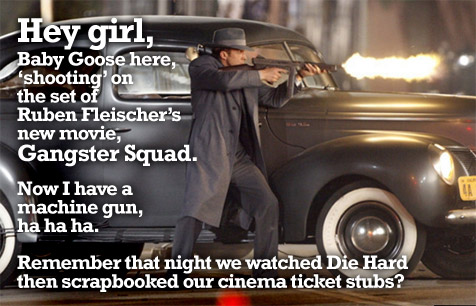 Potential hilarious mismatched Hollywood sitcom alert! Spike Lee has allegedly approached Colin Firth to play the villain in his remake of Oldboy. Regardless of his suitability (I think he could make a fine antagonist), I'm far more interested in just how awkward the initial meeting was between the world's blackest and whitest man.
Glory glory, Helen McCrory has joined the cast of new Bond movie Skyfall, as has Ola Rapace, ex-husband of Noomi (The Girl With The Dragon Tattoo). Unsurprisingly, there's no news on which roles they'll play, but I'm guessing they'll play a well-spoken woman and a Scandinavian man respectively. That's just guesswork, mind.
Here's a new shot from The Hunger Games, our first look at Jennifer Lawrence's character Katniss with her bow and arrow. I added the sound effect myself, in case you were wondering. 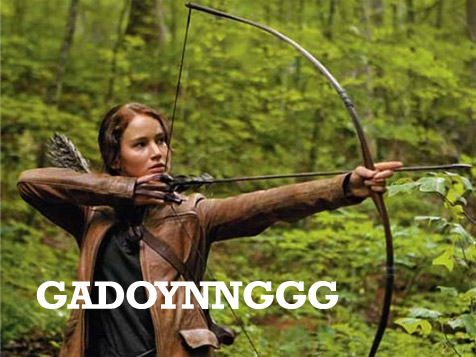 If there was ever any doubt as to how much of a delight Mickey Rourke is to work with, just ask director Martin McDonagh, whom the actor called "a jerkoff" when he exited his film, Seven Psychopaths. Tricky Mickey will now be replaced by goody Woody Harrelson, as a gangster who has his dog stolen. This cast is dangerously good: Olga Kurylenko, Tom Waits, Colin Farrell, Christopher Walken and Sam flippin' Rockwell are on board.
At this point in time, I will literally post anything even tangentially related to The Muppets. This mini-featurette will do for now.

Leonardo Da Vinci is the new Indiana Jones, if Hollywood are to be trusted. Hot on the heels of Warner Bros' forthcoming action movie Leonardo Da Vinci And The Soldiers Of Forever, Universal have jumped on the bandwagon with similar project Leonardo, which will focus on a young Da Vinci's "quest to stop Renaissance Europe from returning to the Dark Ages." It's a good job Da Vinci's last invention was a coffin stabiliser, because that thing would be spinning the Earth off its axis right now.
Eric Bana and Danny Huston are to star in Elvis & Nixon, the first directorial effort from Cary Elwes, as pelvis-centric rock 'n' roller and jowelly president respectively. I've mocked up an image so you can get a feel for what it's going to look like. 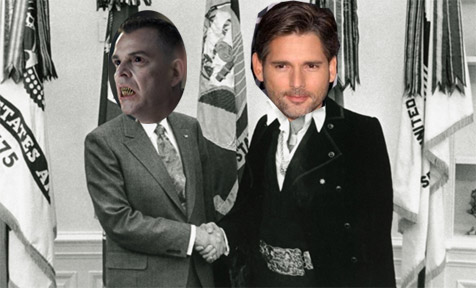 Quentin Tarantino's Django Unchained sounds more and more interesting with every new cast addition. The latest name attached to the Western is Sacha Baron Cohen, while newly-skinny Jonah Hill allegedly just missed out on a role due to scheduling conflicts. Either that or nobody recognised him at his audition. 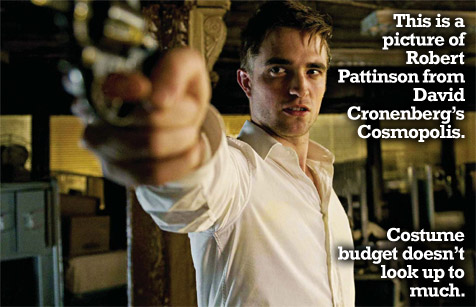 Click image for full-size picture (without hilarious commentary)
Roland Emmerich's latest sci-fi project, Singularity, has hit the skids, after the director requested more time to finish the script. The movie, set in the future, sees a man recreate his injured son by transferring his consciousness into a swarm of super-intelligent nanobots, which is only marginally more ludicrous than the plot of Anonymous.
In a movie absolutely no one could have predicted, famed troll Armond White has given Adam Sandler abomination Jack & Jill a 'fresh' rating on Rotten Tomatoes. In his review, he calls the movie "hilarious" and compares it to the equally brilliant Eddie Murphy 'fat-suit' era movies, Norbit and The Nutty Professor. I can only assume White is masturbating furiously as he writes these things. 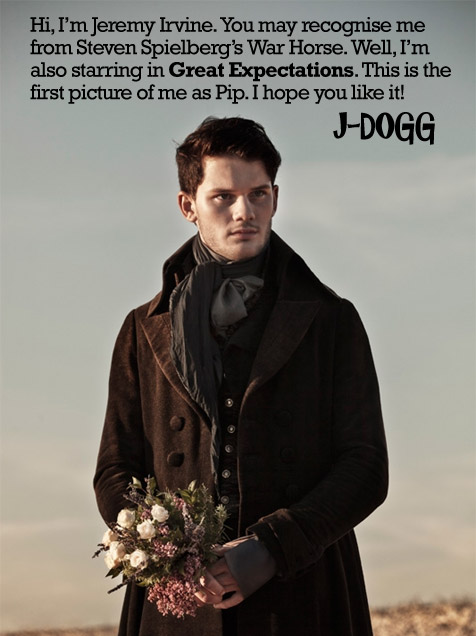 Click image for full-size picture (without hilarious commentary)
Ray of sunshine Darren Aronofsky has directed these four Meth adverts. Sorry, but they just don't sell it to me. This drug really has an image problem. They should have hired Michael Bay.

More:  Movie News Round-up  Weekend Round-up
Follow us on Twitter @The_Shiznit for more fun features, film reviews and occasional commentary on what the best type of crisps are.
We are using Patreon to cover our hosting fees. So please consider chucking a few digital pennies our way by clicking on this link. Thanks!