It's safe to say Quantum baddie Mr White will probably not be returning to the James Bond franchise, after tearing into the last two movies.

Though I won't hear a bad word said about Casino Royale, I seemed to be one of the only people to smell the stinker that was Quantum Of Solace on release. An exploding hotel? A villain who sells expensive water? Jerky action scenes you couldn't follow? They should have called it 'James Bourne-d'. Except, y'know, that sounds terrible.

Anyway, it looks like I'm not the only one who's not a huge fan of Bond's new incarnation. Bond fansite MI6 spoke to Jesper Christensen, the dude who played Quantum head honcho Mr White, who revealed he won't be returning.

"
"
"[I'm happy my] interlude as a villain in the James Bond series is over.
But they might still ask him back, right?

"
"
"Today, I admit that I regard Casino Royale and Quantum of Solace as really shit. All the people die in them, so two movies are enough for me."
Ah. There was to be a coda to Quantum Of Solace in which Bond catches up with Mr White, but this scene was deleted so as to leave the threat of Quantum open for the next movie. But if Christensen really doesn't want to return, does this mean the onset of a new threat for 007? And will Bond and Judi Dench regret their night of passion? Stay tuned for the exciting conclusion! 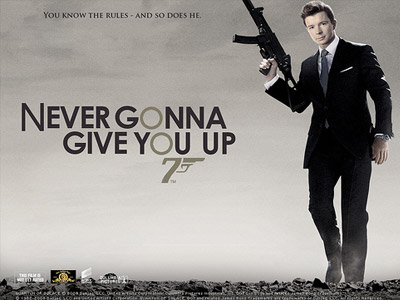 More:  James Bond  Casino Royale  Quantum Of Solace
Follow us on Twitter @The_Shiznit for more fun features, film reviews and occasional commentary on what the best type of crisps are.
We are using Patreon to cover our hosting fees. So please consider chucking a few digital pennies our way by clicking on this link. Thanks!