The announcement of a new Star Wars movie in 2015 barely even registered on the internet this evening, as film nerds stuck true to their promise that Star Wars "means nothing to me any more".


Film fans the world over shrugged their collective shoulders tonight, as Disney announced they had purchased LucasFilm and were planning a new Star Wars movie for release in 2015. "Oh, they're making Episode VII? How cute," said one internet user on Twitter, who briefly scoured details of the $4 billion transaction before going back to reading about production on The Hobbit. "Star Wars... yeah I remember that. I guess the young me would find that exciting. I honestly don't have an opinion."

Former Star Wars enthusiasts reacted with ambivalence to the announcement. Movies websites hesitated to report the news, worrying that scorned fans would no longer be interested in the beleaguered Star Wars franchise, with webmasters preferring to concentrate on the casting of Frank Grillo as villain Crossbones in Captain America: The Winter Soldier. 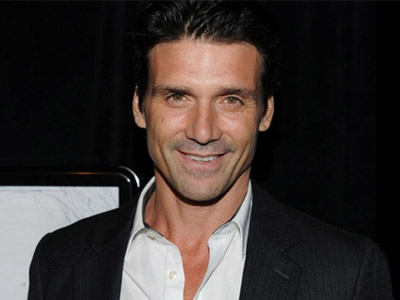 The man of the moment.


"As a social group, all of us film nerds agreed that Star Wars was officially no longer relevant to us around the time Greedo shot first," says SlashFilm editor Peter Sciretta. "We're sticking to that credos and won't be reporting on any Star Trek news in the near future. Sorry, Star Wars. I always get the two confused." Added Sciretta: "Covering Episode VII would only mean we had to report on hundreds of production rumours and casting stories for three years, and who wants to read that?"

The internet community at large has agreed to honour its previous claim that anything Star Wars-related was no longer worthy of its time. A fan we spoke to could barely even muster the energy to discuss the continuation of the iconic, billion-dollar franchise. "Episode VII? Meh. I denounced George Lucas when he decided to release Star Wars: The Clone Wars in cinemas in 2008, I certainly don't feel the need to incessantly tweet my opinions now. Frankly, there are more important things we should be discussing. Like the release of Rust & Bone in cinemas this week; an excellent, moving drama from French director Jacques Audiard."

Even George Lucas, creator of Star Wars and owner of LucasFilm, couldn't get too excited about the sale to Disney. "People don't care about Star Wars any more, they made that abundantly clear on their blogs," said Lucas. "I'm amazed I could even find a buyer after Episode III. To be honest, I'm more excited about the 2015 Justice League movie than I am the continuation of the saga which shaped an entire generation of film fans."

More:  Star Wars
Follow us on Twitter @The_Shiznit for more fun features, film reviews and occasional commentary on what the best type of crisps are.
We are using Patreon to cover our hosting fees. So please consider chucking a few digital pennies our way by clicking on this link. Thanks!