Jobbing actress signs for unnecessary sequel to pay rent. In other news, the Earth continued to spin on its axis.

I was sort of hoping that Scream 4 would be one of those projects that would be speculatively mentioned in a company press release but quickly dismissed by all involved as a Very Bad Idea Indeed. I'm not joking when I say that the scariest thing in Scream 3 was Courtney Cox's haircut. Me-ow!

But alas, it looks like it's really happening, with Variety's news that Neve Campbell has signed on to reprise her role as danger-magnet Sidney. Courtney Cox-Arquette and husband David Cox-Arquette-Arquette will also return, while writer Kevin Williamson and director Wes Craven look likely to provide the thrills (or not).

Too much poking, not enough stabbing, Wes. If this series got any more self-indulgent it'd start blowing itself. 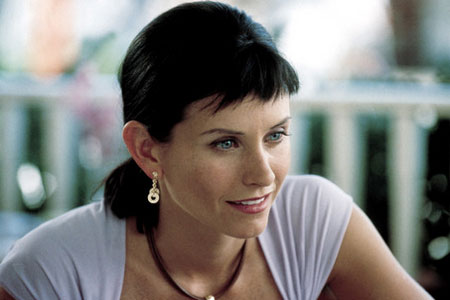 Arrrrrrrrrrrggghhhhh!
More:  Scream 4  Scream  Neve Campbell  Unnecessary Sequels
Follow us on Twitter @The_Shiznit for more fun features, film reviews and occasional commentary on what the best type of crisps are.
We are using Patreon to cover our hosting fees. So please consider chucking a few digital pennies our way by clicking on this link. Thanks!