Spoiler alert! Well, it's not actually a spoiler, because we don't know the plot of Star Trek Into Darkness yet. But if it shows what we think it shows, then yeah, the movie's spoiled. Already.


By now, you'll have had a good look at the poster for Star Trek 2, as well as the announcement trailer, whatever that is. Today we've been shown a new still from the movie, showing Benedict Cumberbatch's villain, who is allegedly named 'John Harrison'. Not exactly Ming The Merciless in the intimidation stakes, is it? Anyway, here's the pic. 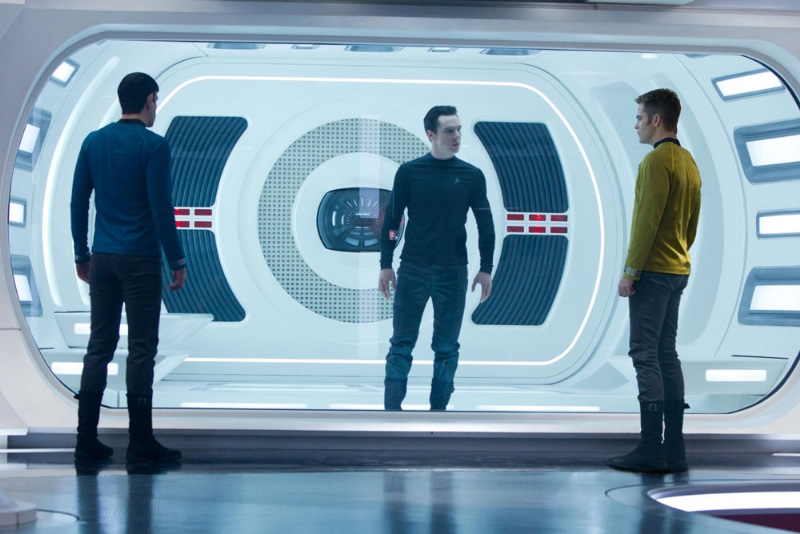 
Without beaming to conclusions, this looks very much like Cumberbatch's villain has been captured and is being held in the brig on the Enterprise, where Spock and Kirk give him an intergalactic grilling. We'll assume that this picture isn't from the end of the film for obvious reasons, but if we do that, the only other option is a bit depressing.

Hmm, I wonder if John Harrison's plan involves somehow getting captured by the heroes, before revealing in a dramatic interrogation speech that getting captured was actually part of his plan all along, and he plots to inflict maximum damage from within, thereby proving his fiendish intellect in time for a thrilling third act conclusion?

That'd be a great twist, right? Well, if it wasn't for Bond villain Silva. He had a masterplan that hinged on him being captured by 007 and imprisoned in MI6's underground headquarters, for reasons that probably made sense at the time. We assume he knew what he was doing. 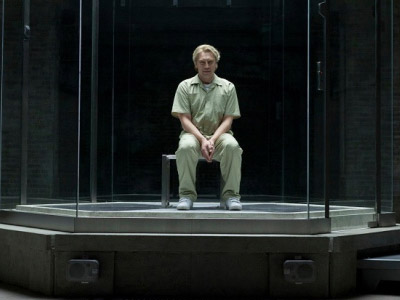 Oh, and then there was Bane, the villain in The Dark Knight Rises. He kicked off the movie with a fiendish plan to get taken hostage by Carcetti from The Wire aboard a plane, where he'd... er, crash it, then replace some guy's blood with... um, anyway, we all agreed it was a pretty clever plan at the time. It was so expensive, it had to be smart! 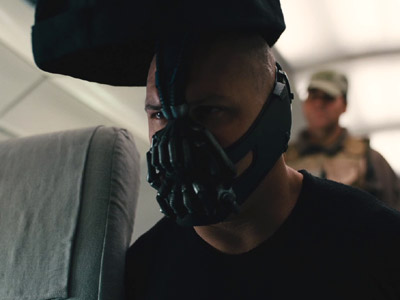 "Thanks for taking the bag off my head. No one could understand me."

Of course, Bane was just treading in The Joker's footsteps, who brought Gotham to its knees when he allowed himself to be taken in by the GCPD only to reveal his imprisonment was part of his plan all along. Ah, the old 'stitch a mobile phone bomb into a hobo's stomach' routine. Classic prank. 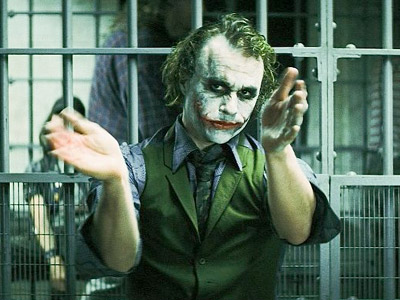 Let's not forget Loki, the mischievous god of the Marvel Universe and antagonist of The Avengers. Loki's MO was to be captured by The Avengers and taken aboard the Helicarrier, where he'd trick Earth's mightiest heroes into turning on one another somehow. Using... magic? Evil magic? Yeah, that makes sense. Now hurry up and arrest me! 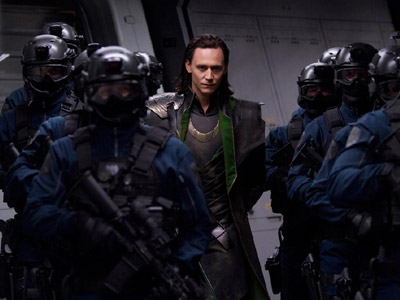 "No one has ever attempted anything like THIS before!"

I could go on. If villains getting captured intentionally isn't already on TVTropes.com, it should be. It's just such a needlessly shitty, risky plan for any villain to attempt. If even one element of your plan goes wrong, you're completely fucked. Imagine how embarrassed you'd be if the battery in one of your remote-controlled bombs ran out while you were 'captured' and you had to stay locked up. Your only chance of escape would be to hope the heroes are distracted whilst pissing themselves laughing.

More:  Star Trek  Star Trek 2  Star Trek Into Darkness  Chris Pine  Zachary Quinto  Benedict Cumberbatch  Serious Corner
Follow us on Twitter @The_Shiznit for more fun features, film reviews and occasional commentary on what the best type of crisps are.
We are using Patreon to cover our hosting fees. So please consider chucking a few digital pennies our way by clicking on this link. Thanks!