Because Batman probably has a phaser.


Empire Online have seen fit to dribble out some snippets from their twin The Dark Knight Rises cover issue, and luckily for them we were there to wipe up their chin. Chief amongst these new gleams of info is director Chris Nolan's revelation of how much time has elapsed since the events of The Dark Knight, and - more importantly - what this means for Batman:

"
"
It's really all about finishing Batman and Bruce Wayne's story. We left him in a very precarious place. Perhaps surprisingly for some people, our story picks up quite a bit later, eight years after The Dark Knight. So he's an older Bruce Wayne; he's not in a great state.
Interesting. With all the spy pictures showing Batman squaring off against Bane, and Catwoman straddling the batpod, I hadn't stopped to consider when exactly the new movie would fit into Nolan's take on the series. It's a smart move. Putting nearly a decade between Bats turning fugitive and the introduction of Bane opens up a wealth of storytelling possibilities.

"
"
With Bane, we're looking to give Batman a challenge he hasn't had before. With our choice of villain and with our choice of story we're testing Batman both physically as well as mentally.
Yeah apart from Liam Neeson and Ra's Al Ghul.

But obviously whatever event causes Batman to break his cover must be a big 'un, and with the length of time involved we think our best guess is on the right tracks. Could it be... 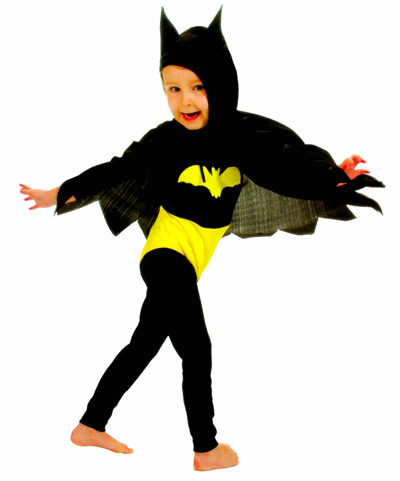 Your silence says it all, Mr. Nolan.

More:  The Dark Knight Rises  Batman  Christian Bale  Christopher Nolan
Follow us on Twitter @The_Shiznit for more fun features, film reviews and occasional commentary on what the best type of crisps are.
We are using Patreon to cover our hosting fees. So please consider chucking a few digital pennies our way by clicking on this link. Thanks!